At the end of the Fraser Valley, the highway splits into two main routes north. These days, most people take the Coquihalla, but in days past Highway 1 through the Fraser Canyon was the main route into Central and Northern British Columbia.

This canyon road still forms part of the Coast Mountain Circle Route, and if you’re looking for a road less travelled – which as Robert Frost advised is what makes “all the difference” – may we suggest you go against the grain and take the canyon route. 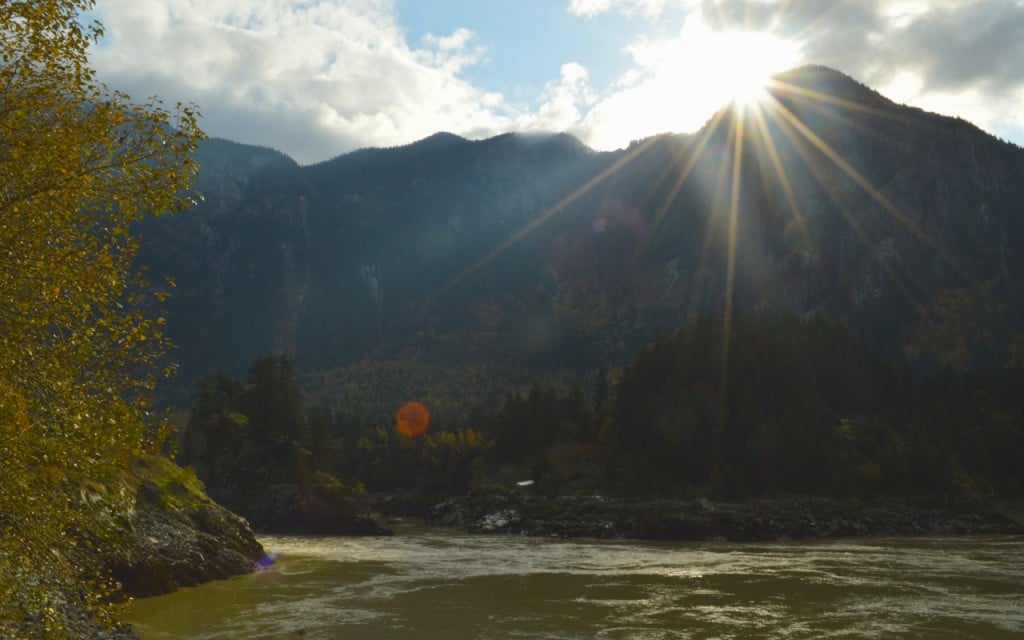 We recently took our own advice and followed the road north into the Fraser Canyon. We stopped in at Anderson Creek Campground to view the beautiful railroad bridge (c.1948) which crosses above the campground’s entrance road.  This section of Highway 1 closely follows the path of the Canadian Pacific Railway, with many beautiful views of the railway line, and the highway itself includes seven mountain tunnels to drive through as you pass the communities of Yale, Spuzzum and Boston Bar, before Highway 1’s junction with Highway 12. 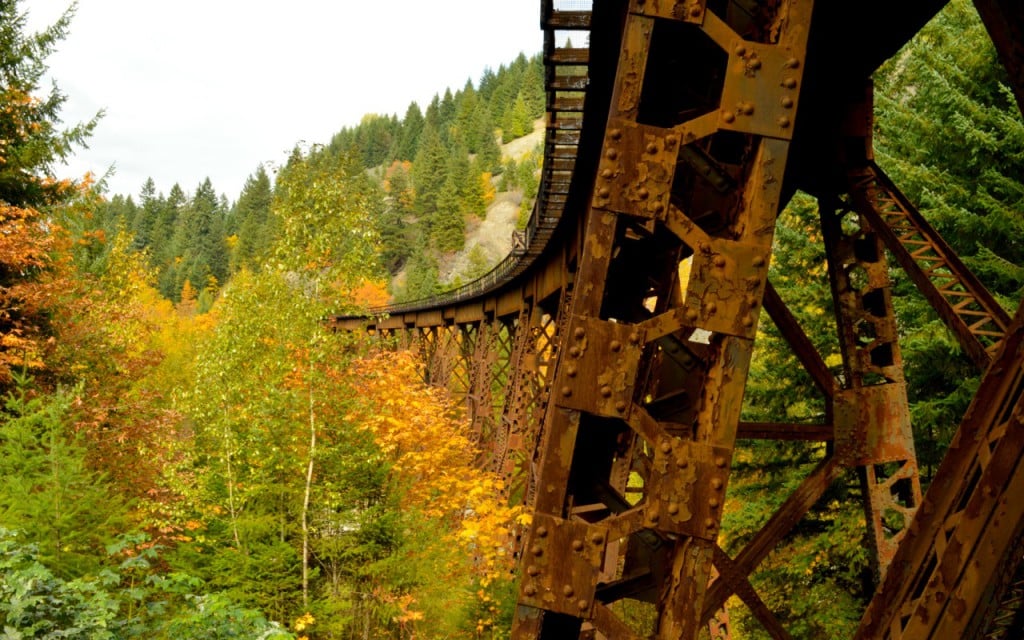 Accessible by the same road as the Anderson Creek Campground, the Tuckkwiowhum Village (pronounced Tuck-we-ohm), is a First Nations heritage site and village located in Nlaka’pamux territory which offers both self-guided and guided tours of the traditional dwellings and culture of the Interior Salish First Nations people.

We headed off across the bridge at the base of Boston Bar to the town of North Bend.  This small, unincorporated town prospered in the early years of the twentieth century as a multi-hotel stop a mere few hours’ by train from Vancouver, but as the era of the car reigned supreme, the town’s visitor traffic decreased.  North Bend was for many years connected to Boston Bar and the Trans-Canada Highway system solely by an aerial cable ferry, but logging on the east bank of the Fraser River encouraged the building of the current bridge.

North Bend is a quiet town, offering beautiful views back across the river, and logging roads leading off into the backcountry for further exploration, including the road that leads to the Reo Rafting Resort on the Nahatlatch River. Fraser Canyon rafting is truly an epic adventure and one we highly recommend. 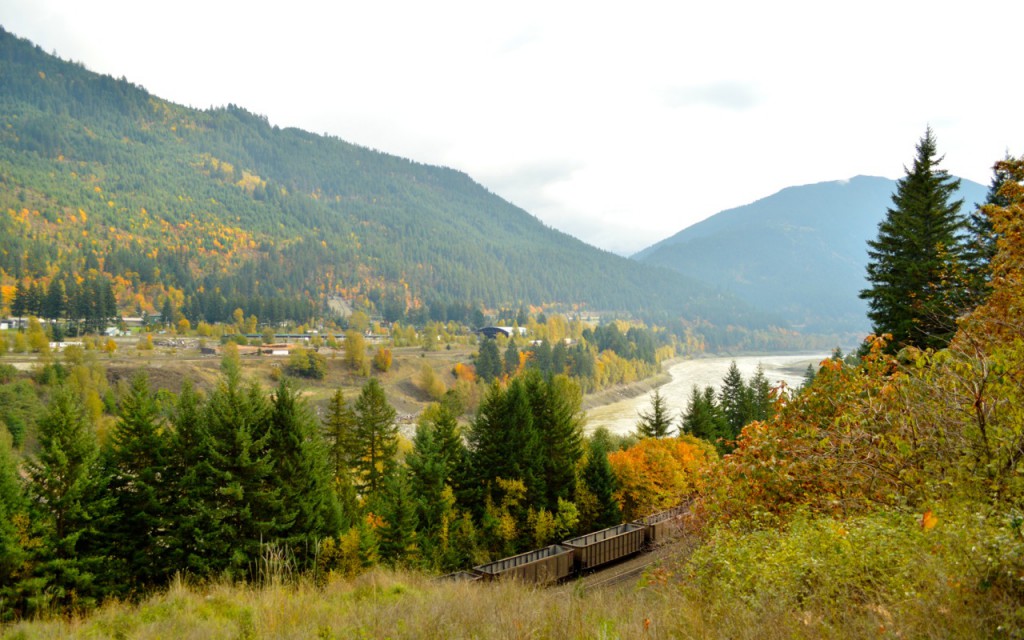 After exploring the far side of the river, we stopped overnight at the The Mighty Fraser Motel. We loved the canyon views and, later that night, admired the stars. The lack of light pollution in BC’s interior is such a treat after many evenings in the city. 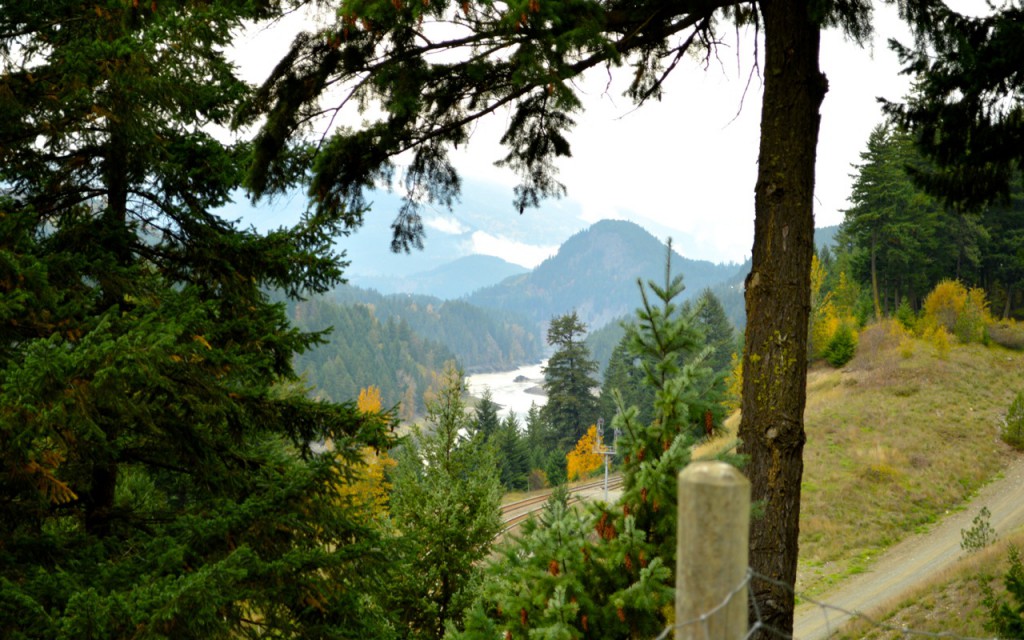 After a restful night’s sleep, refreshed and ready for more of the outdoors, we travelled north to the Blue Lake Resort. Do not take their warnings about the access road lightly, the route in is a steep gravel grade with some great switchbacks – but a fun road to drive for those so inclined! 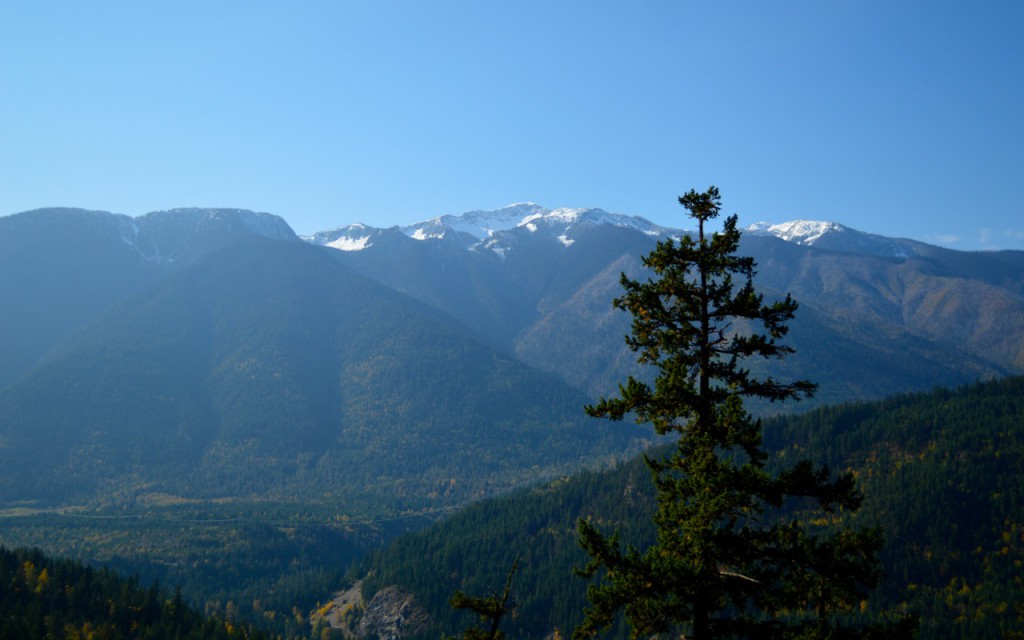 The lake waters at this stunning retreat are crystal clear. Canoes float gently on the mirrored waters; children’s laughter can be heard as fishing lines drop off the docks. A great place for a family vacation. And those fall colours – a photographer’s delight! 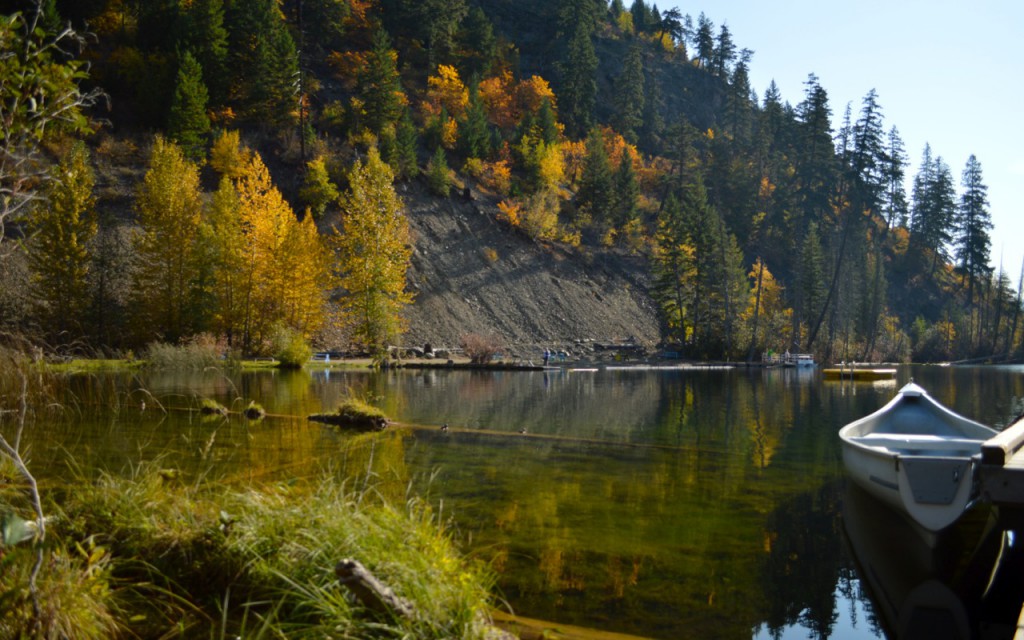 As we planned our route home from the gently rocking dock, we realized there were so many options to chose from. A trip up the Fraser Canyon offers a variety of circular driving routes:

We chose an additional option, continuing north to Lytton, then bearing east on Highway 1 to Spences Bridge and continuing east on Highway 8 through the beautiful Nicola Valley.  The Nicola River is beautiful during the summer months and has many pull-offs where you can dangle your feet in the cool waters.  In the fall, the leaves are resplendent and the hay fields that populate the valley frame them perfectly. Keep your eye out for postcard-perfect views of herds of horses galloping through those fields alongside the road. 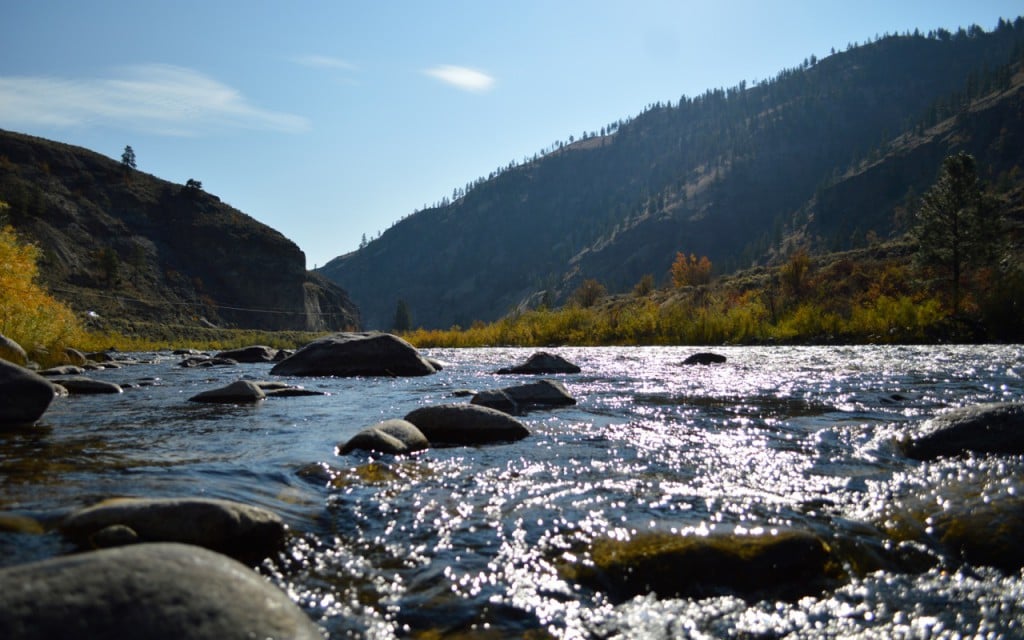 The Nicola Valley also contains the remnants of a historic railway line, the Nicola Valley Railway (NVR), chartered in 1891 to build from Spences Bridge to the coal deposits near Merritt. Originally backed by the CPR due to a coal strike on Vancouver Island, the railway charter was abandoned when the strike ended.  The lines were subsequently removed, but the pathways remain and are part of the more famous Kettle Valley Railway system – a wonderful bike riding route.

We enjoyed our stops at some of the remaining railway bridges as we headed along Highway 8 towards Merritt (and a much needed refuelling of both gas & coffee). 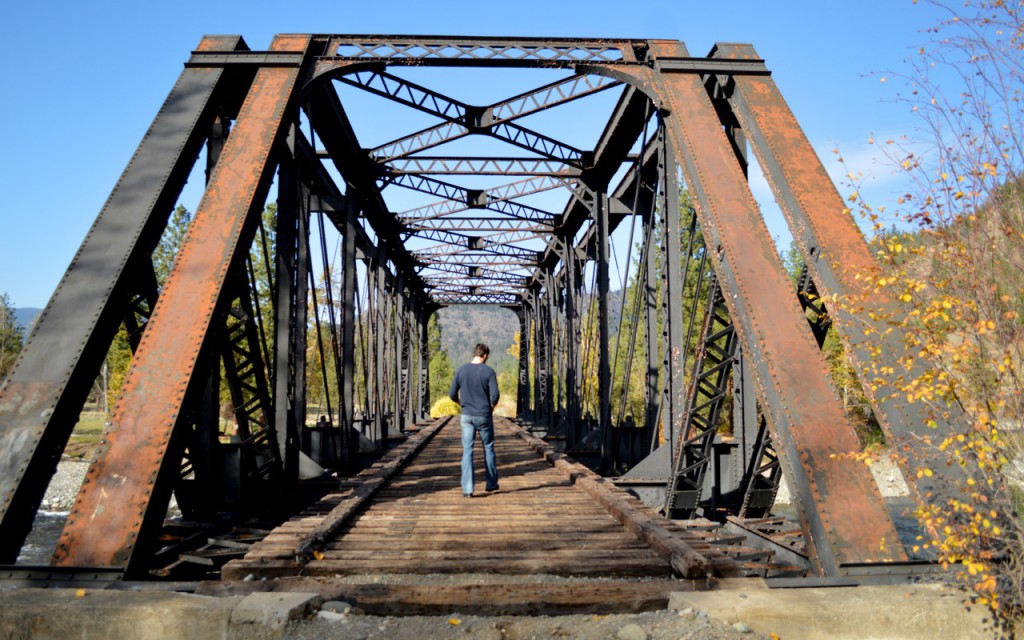 After Merritt, we continued east along Highway 5A to the clear waters and verdant greenery of Monck Provincial Park on the backside of Nicola Lake. A lesser known park, the grounds are beautifully maintained and a reasonably sized campsite adjoins the picnicking area. 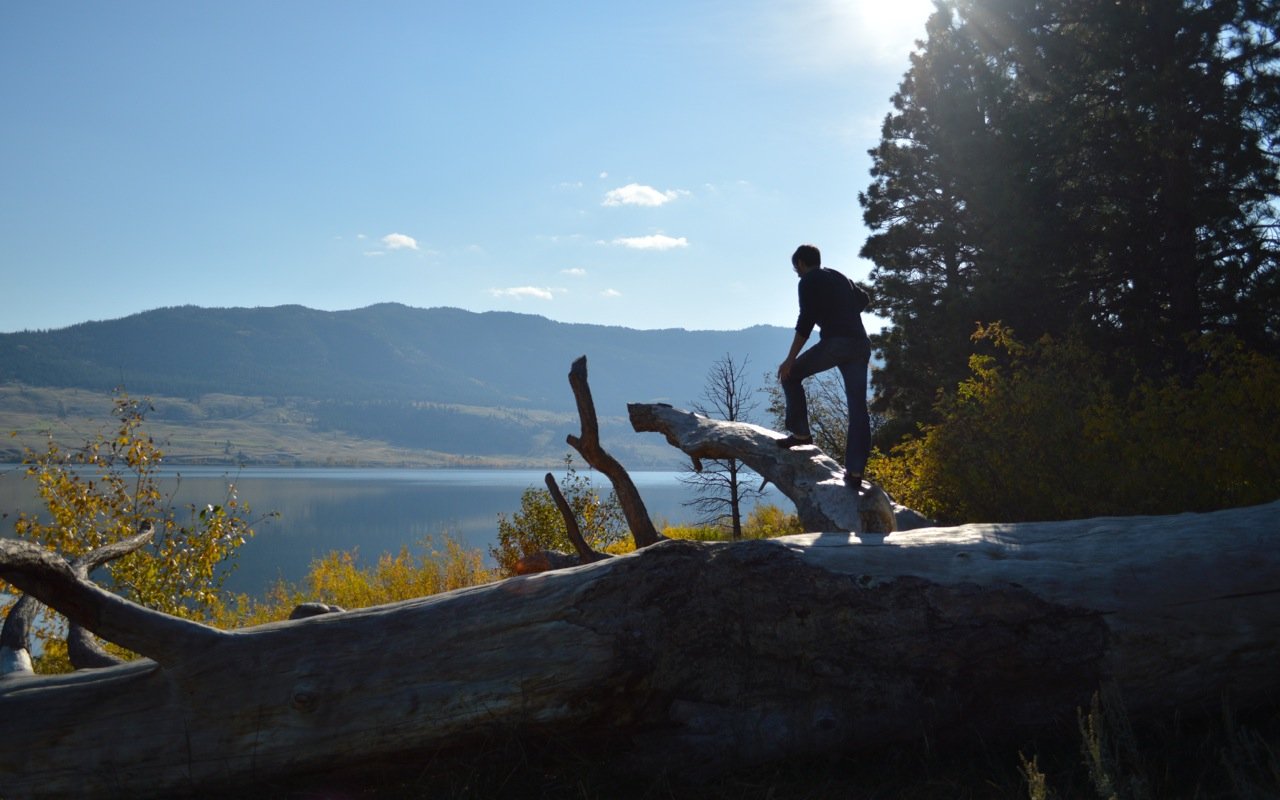 The chill of the evening air was beaten back with mugs of warm cocoa and good books to read as we tucked under our blankets. We’re so glad we took the time to re-explore the Fraser Canyon and surrounding valleys. 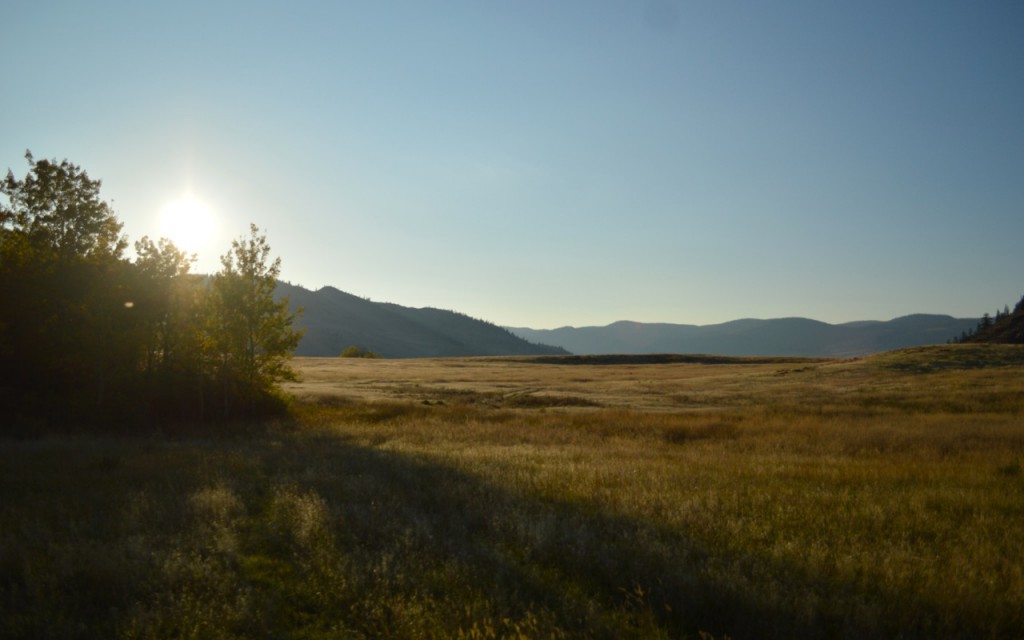