Note: This story was originally published in 2021.

The night sky has always been a source of wonder and mystery for humankind. When we’re feeling overwhelmed, or when we’ve lost our way—literally or metaphorically—we look to the stars for order and serenity. To feel connected to the universe.

BC’s wide open spaces are filled with amazing locales to get away from the light pollution of the city and see stars numbering in the millions. Here are some great options to get you started. 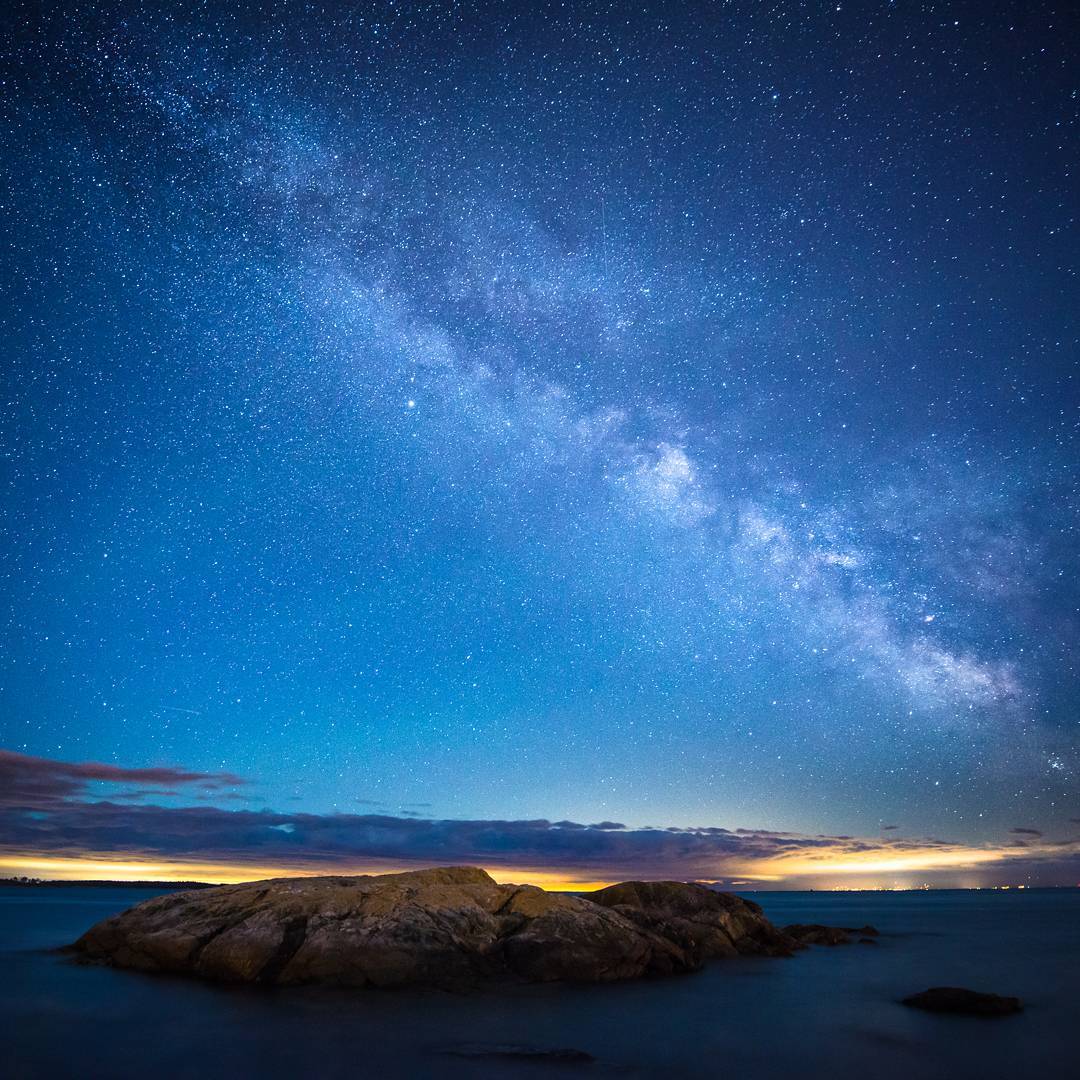 You don’t necessarily have to travel far from the city for an astounding nighttime view. Victoria, on Vancouver Island, is home to the Cattle Point DARK SKY Urban Star Park, part of a worldwide dark-sky movement that encourages urban areas to adopt regulations aimed at reducing light pollution. On a clear night, you can see the Milky Way.

On the mainland, about an hour east of Vancouver, the McDonald Park Dark Sky Preserve was established by the Fraser Valley Astronomers Society (FVAS). Situated between the cities of Abbotsford and Chilliwack, the park is largely protected from light pollution by the Sumas Mountains, and the FVAS hosts periodic public viewing sessions after dark.

Inland, some of the best views are found by heading skyward. East of Vancouver, Manning Park‘s Cascade Lookout is one of several locations in the park that offer excellent stargazing opportunities. Watch Manning’s events listings to find Dark Sky events such as a guided snowshoe fondue.

The Canadian Rockies are another great place to seek out stellar viewpoints. From the rugged peaks of BC’s southeast corner to the remote wilderness of the Northern Rockies, there are more stars visible to the naked eye than you can count, and the farther north you go the greater your chances of seeing the Northern Lights.

Watching the starts twinkling brightly above the ocean can feel magical, with the vastness of the Pacific dwarfed by the vastness of the cosmos. On the west coast of Vancouver Island, the rocky shoreline and sandy beaches receive minimal light from nearby communities, and they face the open ocean. Bring a flashlight, and prepare to be dazzled.

In a Bathing Suit

To experience inner peace at its most peaceful, how about floating on your back in a natural hot springs with a gazillion stars overhead. Make a week of it along BC’s Hot Springs Circle Route.

Another great way to get your zen on is by camping under a blanket of stars, and BC boasts a staggering number of places to pitch your tent. Many of those campsites are a short hike from lakes, waterfalls, glaciers, and more, so don’t forget to pack your camera. 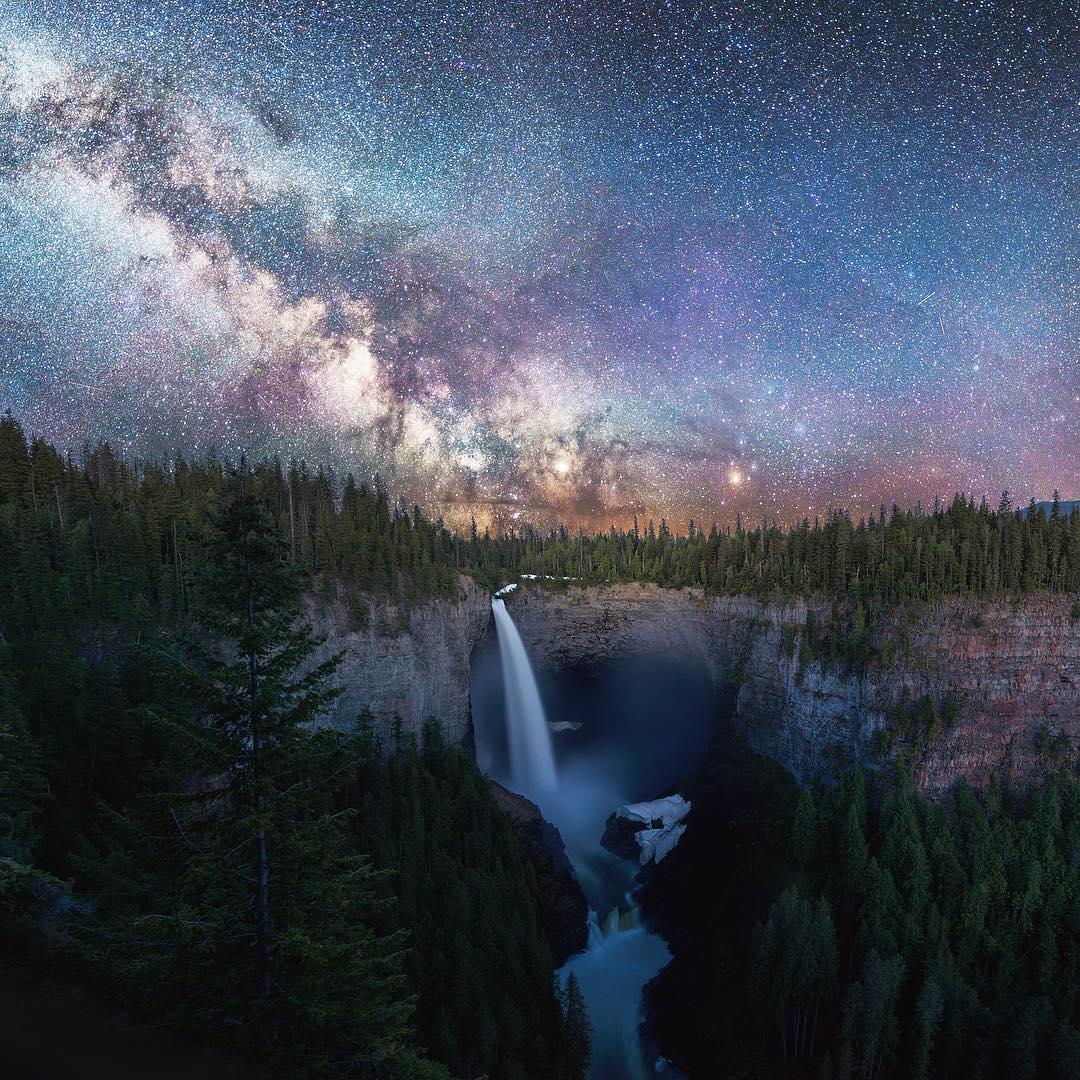 From: Richmond
Born and raised in British Columbia, Tiffany Lewis is a Destination BC staffer who lives just south of Vancouver near charming Steveston Village. Passionate about all things local, from food to cider to theatre, Tiffany loves spending her free time exploring the province’s parks, beaches, and festivals with her two beautiful daughters.

With vaccination rates on the rise, there couldn’t be a better time for a quick and quirky city getaway in BC.

Discover the Healing Benefits of Nature in British Columbia

What the Heck is Forest Bathing? 5 Things You Didn’t Know About Shinrin-Yoku in BC

Forest bathing, or shinrin-yoku, is the latest health trend for good reason.

Spending time in nature has a lasting effect on us, and research shows that the bigger the nature the better.

Cozy Cabins for a Fall BC Getaway

Where can you hole up when the weather turns cool? Try these scenic retreats, including cozy cabins on Vancouver Island and in the Rockies.

How to travel safely in BC this season.

Partner offers and travel deals to save on your next BC getaway.