It was a December day in Vancouver and I was in a cab, travelling from the airport to the city’s downtown. The view through the window was a blur of wind and rain—fogginess due, in part, to my tears. I hunched in embarrassment so the driver wouldn’t see, and while I dug for a tissue, I was distracted by a flash of colour out the window. It was green and it was everywhere. It clung to trees and manicured hedges. It cut wide swaths in parks and along the streets. In winter? How could this be?

I wiped my nose, cracked the window, and pondered my new reality. I was leaving my Prairie home of 10 years, moving to the country’s west coast to join my husband on a new adventure. We knew no one in this unfamiliar city, and anticipation was tinged with trepidation.

Was this the rain I’d heard about—the unrelenting days of drizzle under a canopy of gray? No, this was different. The lushness calmed me and the crisp air filled my lungs. The clean scent was a fresh start.

My new life unfolded during the height of West Coast winter and my acclimation was swift. I learned that in Vancouver a light drizzle could shift jarringly into a downpour (sometimes of the vertical variety), but it was apparent that this did little to deter the locals. This city sees an average of 1,153 mm (45 inches) of rain per year, meaning residents have no choice but to get serious about their apparel if they want to be outside.

I discovered that Gor-Tex is paramount, layering a preferred style. I was introduced to BC-based brands like Mountain Equipment Co-op (MEC) and Arc’teryx, anointed into an outdoorsy crew that embraced the positives of precipitation. Coming from a place where heaps of snow and plunging temperatures would chase me indoors, I was eager to join the fun, swapping my toque for an umbrella, my winter boots for wellies.

Outfitted appropriately, a walk in Queen Elizabeth Park or along Jericho Beach, even a bike ride on the Stanley Park Seawall was a dry-ish endeavour, lovely even. I found that I enjoyed scaling the heights at the Capilano Suspension Bridge Park, crossing footbridges more than 30 metres (100 feet) above the forest floor and maneuvering the narrow cantilevered bridges along the Cliffwalk. Lacing up to explore the pre-snow Lost Lake and Train Wreck trails in Whistler, where the moss-enveloped forest would shield from the heaviest shower, was a welcome challenge.

My outdoor education continued, but I still had moments where I questioned all this rain (and my polka-dot rain boots, an impulse buy). My reticence thawed, however, when I realized that West Coasters were obsessed with cozyness, embracing a basic tenet of hygge long before North Americans had even heard the Danish word.

In BC, seeking shelter is serious business, and post-activity rituals include clutching a steaming mug for warmth or breaking bread with friends. Ducking into a coffee shop or café, sharing tea over dim sum, or sipping a cocktail while drying my extremities topped my list. The amount of time spent out of doors mattered little—rain gives permission to hunker down. 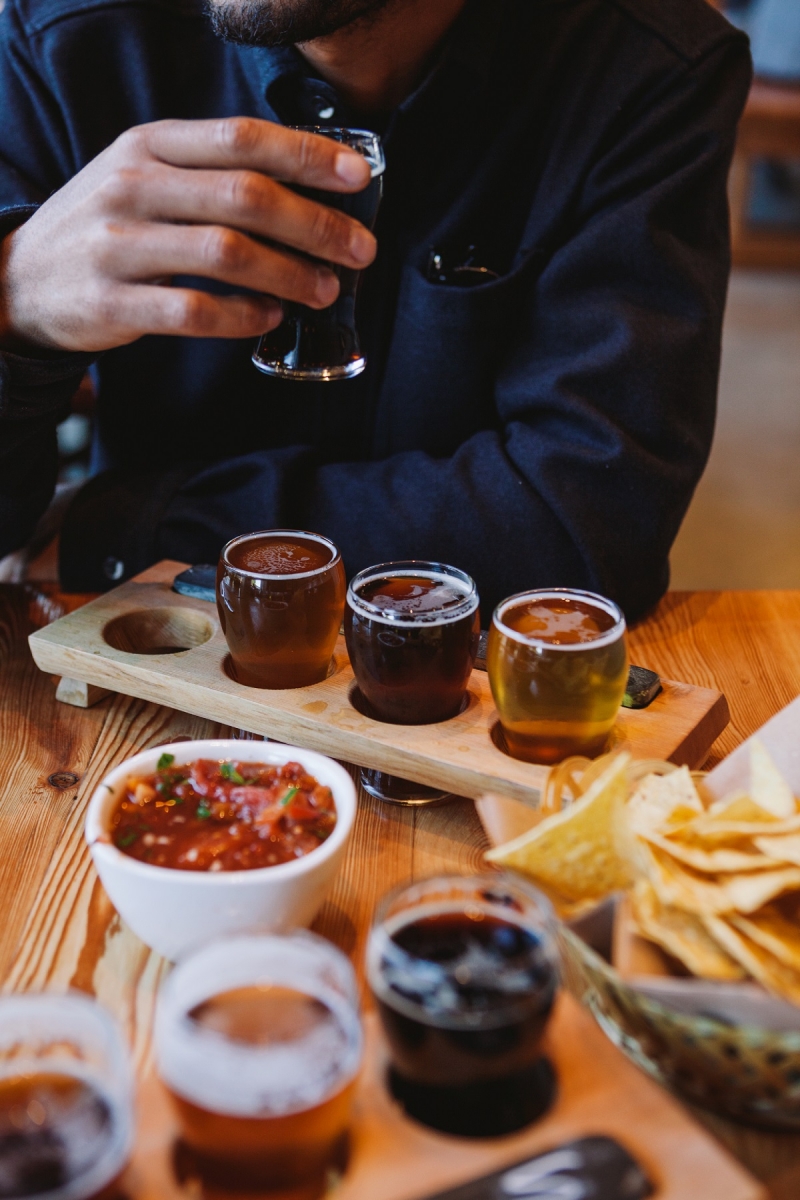 I learned this lesson tenfold months later in Tofino on Vancouver Island’s west coast, where pelting rain, gale-force winds, and giant swells marked my first storm-watching experience. Here, I could embrace as much or as little of Mother Nature’s fury as I pleased, and the idea of burrowing beneath a blanket while watching six-metre (20-foot) waves lash the coastline sounded delightful.

The folks at the Wickanninish Inn made this pastime simple with floor-to-ceiling windows in the Lookout Library and The Pointe Restaurant, the latter showcasing a 270-degree perspective of the action below. November through February marks BC’s annual storm-watching season, and with an exposed coast and no land mass between BC’s west coast and Japan, I was guaranteed a show. I opened the window just a hair, the ocean’s thunder spilling into the room.

Soon I was feeling brave and donned the rain gear and rubber boots provided for my walk to the beach. Logs dotted the shoreline, the ocean heaved, and the rain that smattered my face mattered little. Buoyed by the steady thrum of adrenaline, I felt alive. Free. While I was but a speck in the bigger scheme of things, I felt wholly part of nature and its strength.

In the years since, I’ve come to love the rain. The evergreen that envelopes winter’s harshest days. The quiet moments when the sun, illuminated by a soft shower, peeks out from behind a cloud. The bluster of a storm that still makes my heart race. The weather doesn’t push me inside, unless I want it to.

Instead, I face the elements and marvel at the promise of growth and renewal. And like that December day long ago, new beginnings.

Read more about what to do in the rain here.

From: Vancouver
Carla Mont is a former Prairie girl who lives by the ocean. A full-time DBC staffer, she is passionate about Canadian authors, artists, designers, and chefs. A fan of fantastic food, Carla can often be spotted sampling the latest offerings at local kitchens—preferably with a glass of BC bubbly.

There’s plenty of adventure in the BC outdoors. Go biking, surfing, river rafting, or horseback riding, or relax with...

Storm watching in British Columbia’s coastal communities, including Tofino and Ucluelet, is a great way to witness nature's...

Mountains reign supreme with endless ways to play in the winter.

Five Weatherproof Ways to Enjoy BC on a Rainy Day

What to do on a rainy day in BC? Check out these five weatherproof ways to enjoy what the province has to offer.