A City Girl’s Take on Going Remote in Northern BC

What kind of place do you picture when you hear the word “remote”? Is it simply a town without a Starbucks? For me, a remote adventure is synonymous with being in nature. Last summer, when I went truly remote on a visit to Tweedsmuir Provincial Park in northern British Columbia, that definition grew to also include finding space.

We took a scenic floatplane trip with Nick Hawes of Lakes District Air & Fishing. Once in the air, the magnitude of raw nature became clear. It was forest as far as the eye could see—with hidden surprises of blue lakes and glaciers sculpted by the sun. One of those lakes would be our private playground for the next few days.

We landed on Tesla Lake and parked the floatplane in front of our log cabin. How amazing that this lake was our front yard. I took advantage, after unloading our sleeping bags and gear I journeyed out with a paddleboard to perch myself in the middle of the lake.

Truly remote, we packed in the food needed for our three days at Tesla Lake. My most memorable meal though was dinner after I caught my first fish, a rainbow trout, and cooked it up on the first campfire I built on my own. 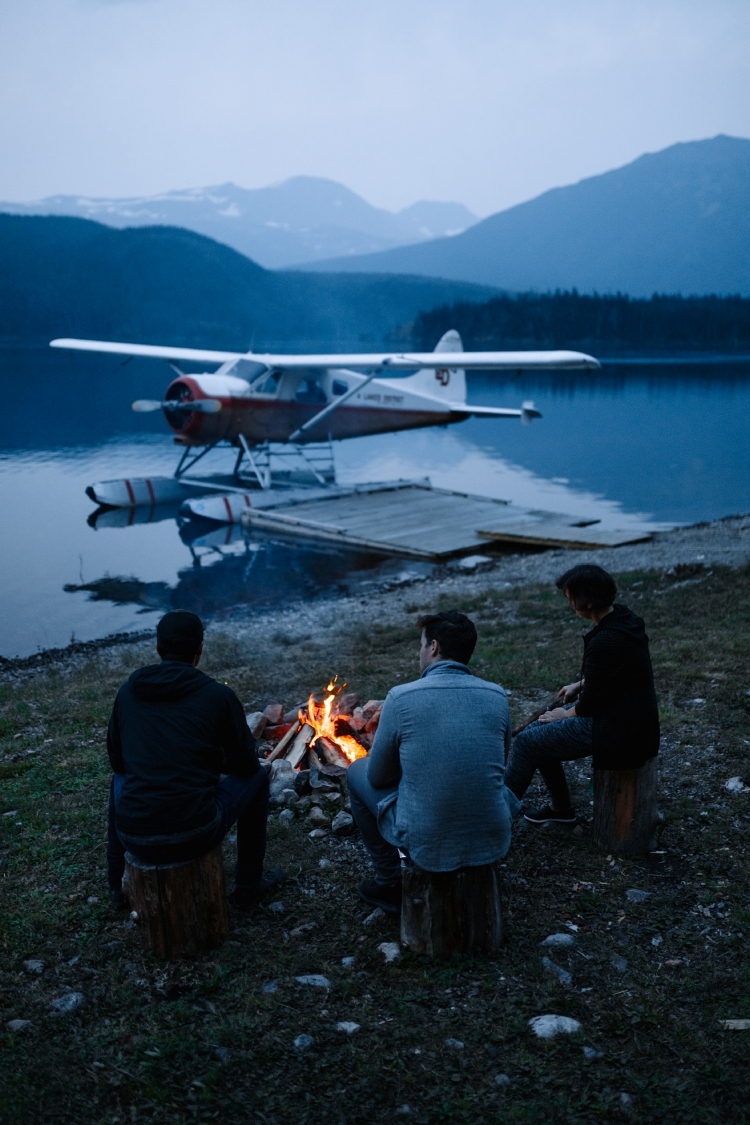 Flying is the only way into this natural oasis, as there are no roads or trails. Just you, your inviting cabin, and untouched wilderness. - Taylor Burk, Photographer

From Tesla Lake, we flew to Pondosy Bay where we stayed at Pondosy Bay Wilderness Resort. The area is an adventurer’s dream with fishing, waterfall hikes, and plenty of lakes to explore by kayak or canoe. The resort has a legacy dating back to 1919 when it was founded by outdoorsman Jim Van Tine. It is still managed by the Van Tine family today, now under the ownership of the Cheslatta Carrier Nation.

The Cheslatta people were forced to leave their nearby traditional territory in the 1950s when the Kenney Dam flooded the area. Part of the Cheslatta Carrier Nation’s reconciliation with the B.C. government included ownership of Pondosy Bay Wilderness Resort. In the following video, Elder Gloria Quaw from the Cheslatta Carrier Nation visits Pondosy and shares her experience as she returns to the lands of her ancestors for the first time in over 60 years. 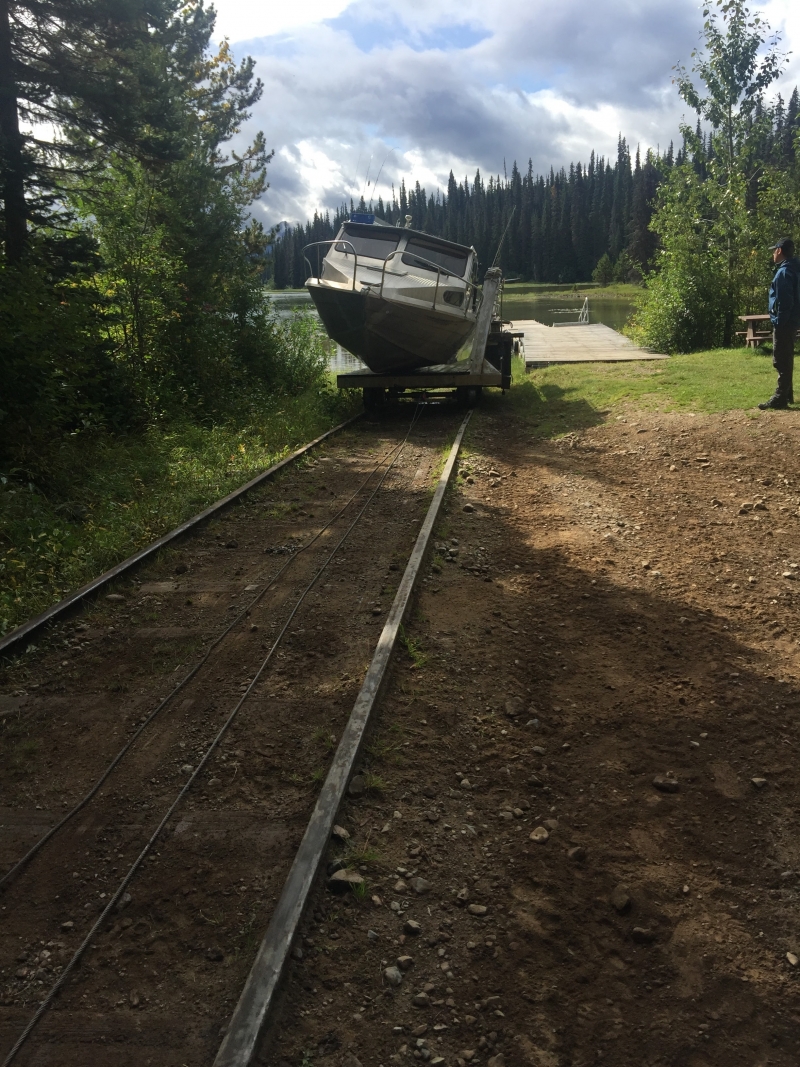 Our journey home was by water, but first we had to tackle the Chikamin Bay Rail Portage. A rail portage is exactly what it sounds like—you crank the boat out of the water onto a rail car and pull it across land to Eutsuk Lake on the other side. The novelty was worth the effort.

After visiting Tweedsmuir, my definition of “remote” has expanded. It isn’t just about finding nature; it’s about finding space. Space to see—taking the time to gaze at the glassy water of the lake, or the countless shades of green in the trees. Space to hear—listening to the crackle of the campfire instead of my own voice. Space to grow—finding the courage to try something new. It’s about inner space—space to get away from the city, clear your mind, and be.

Tweedsmuir Park is vast, spanning over 989,000 hectares (2,443,872 acres). The northern part is a pristine mountain wilderness with only two ways in: by floatplane, or a boat trip through Whitesail Lake and its submerged tree hazards (suggested only for experienced boaters familiar with the lake).

Featured in this Story

Our flightseeing tours are a wonderful way to see the wilderness and the beautiful Lakes District. Our floatplane flights are a great experience...

Our flightseeing tours are a wonderful way to see the wilderness and the beautiful Lakes District. Our floatplane flights are a great experience...

Tammy is an avid yogi and road trip enthusiast. You will likely find her paddle boarding the early morning still waters of Deep Cove, or on a quest to find the perfect chai tea. Born and raised in BC, Tammy is also a Destination British Columbia staffer.

A Bird's-Eye View of Tesla Lake

Alaska's Neighbour: Discovering the Allure of Northern BC

Find out why this remote landscape is deemed the“Serengeti of the North” and the true adventure that awaits.

It's the 75th Anniversary of the Alaska Highway, so now is the time to make that RV road trip a reality. Start planning with these stops for RVs.