Salmon is BC’s most famous seafood, and most people have eaten halibut and steelhead, but there are plenty of other fish (and shellfish) in the sea. Here are five local, sustainable marine species—from spiky sea urchins to gnarly gooseneck barnacles—that are well worth a try. 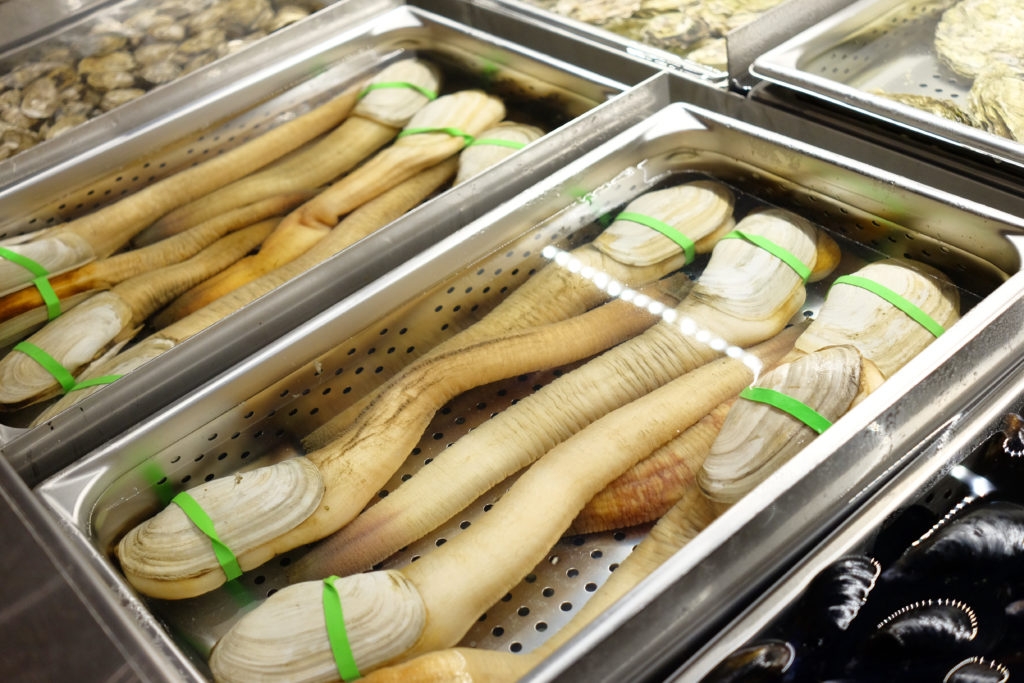 It’s pronounced “gooey duck” (though it’s neither), and it’s the world’s largest burrowing clam. The phallic-looking geoducks—which have a buttery taste, like scallops—are harvested by specialist divers who can spot them buried deep in the sand. With a life expectancy of well over a century and a “trunk” that can grow up to one metre (three feet), this meaty mollusk carries a hefty price tag (expect to pay $50-$75 per dish).

Head to Richmond to taste it in congee or served at Chinese restaurants such as The Jade Seafood Restaurant and Chef Tony Seafood Restaurant. Geoduck also features as mirugai sashimi, or grilled on skewers in Japanese sushi spots like Sushi Hachi. 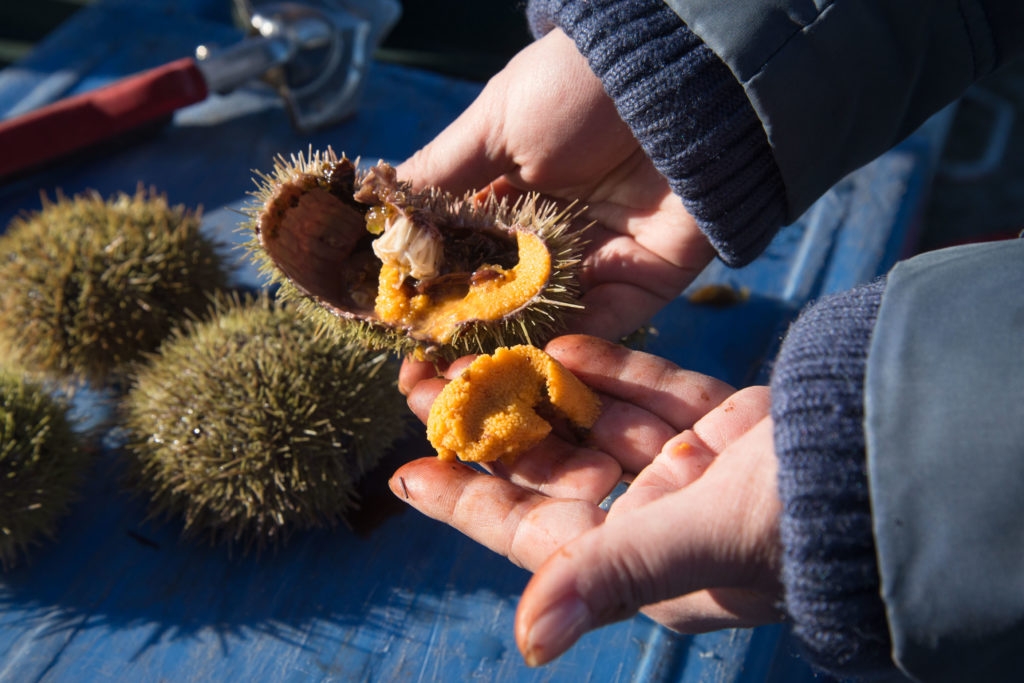 Spiky sea urchin might not look appetizing, but inside that tough exterior is a rich and creamy golden roe known as uni in Japanese cuisine. Resembling an orange tongue, the briny rich “roe” (actually the gonads) has been called the “foie gras of the sea” and is served raw in Asian-inspired dishes. Why do people love uni so much? It contains chemical anandamides—similar to THC in cannabis—that trigger dopamine in the brain. Environmental bonus: eating diver-caught sea urchin helps the ocean’s kelp forests thrive.

Buy fresh uni from Fresh Ideas Start Here in Burnaby and Kitsilano, or Fisherman’s Wharf in Steveston. Try it in high-end sushi establishments such as Vancouver’s Miku, Blue Water Cafe, Maenam and Toshi.

Sturgeon have been around since prehistoric times but now, as wild populations are shrinking, face the possibility of extinction. Step up, Northern Divine, a sustainable sturgeon farm on the Sunshine Coast that uses watercress to filter stream water for the Fraser River white sturgeon. Sturgeon take a decade to mature: females produce Northern Divine’s sustainable caviar, and males are farmed for their Omega-3-rich, boneless meat.

Look for sturgeon steaks on the menu at WildTale Coastal Grill and Blue Water Cafe in Yaletown, Vancouver. 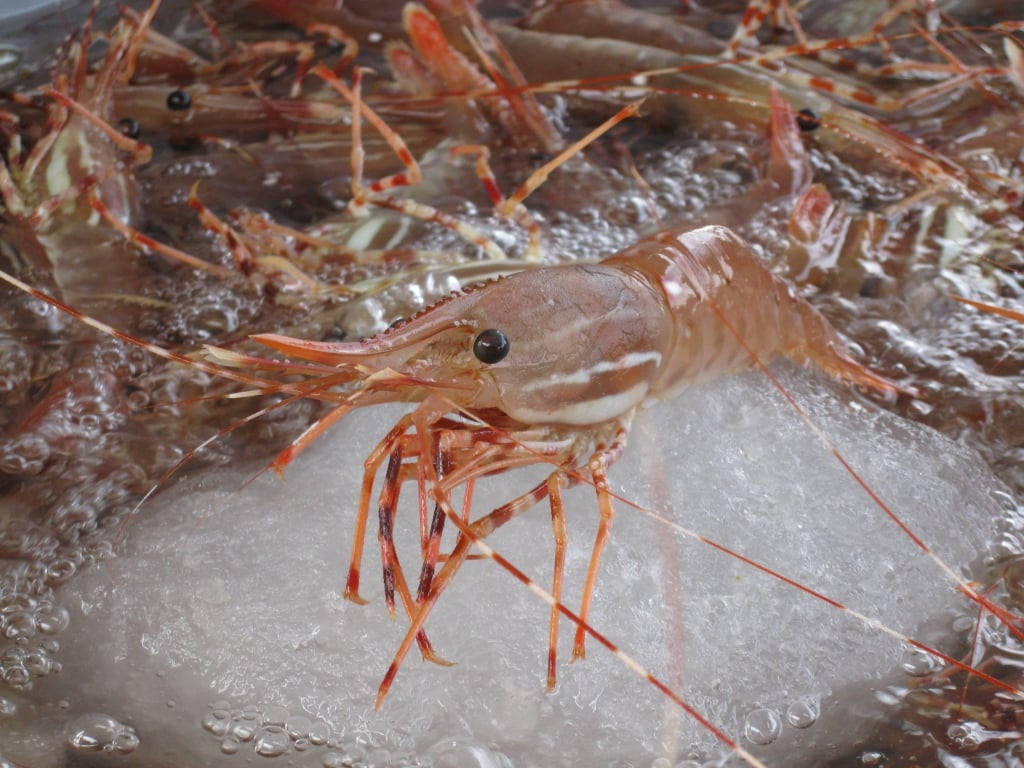 Spot prawn season is short but sweet; it lasts just six to eight weeks. These sought-after spotted shrimp are harvested between Vancouver Island and the mainland, and the sweet flavour makes them a delicacy here—and in Japan and other parts of Asia, to which 90% of them are exported. 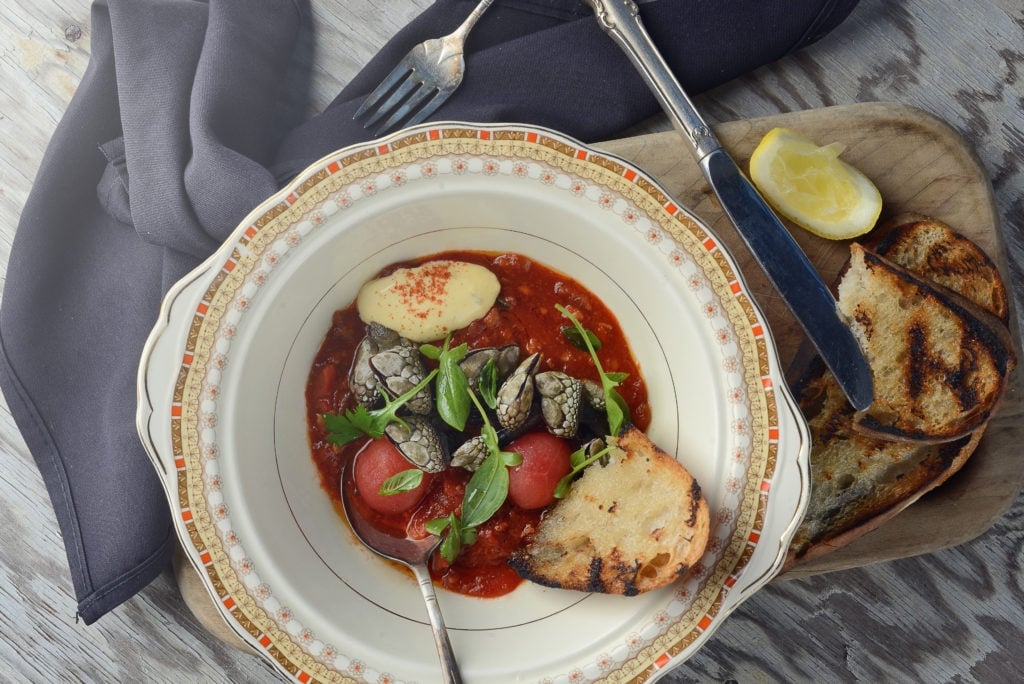 Gooseneck barnacles served up at Wolf in the Fog, in Tofino. Image: Chris Pouget

Resembling alien fingers topped with an ancient claw, gooseneck barnacles are harvested from surf-smashed rocks near Tofino by the Nuu-chah-nulth First Nation’s Ha’oom Wild Seafood fishery. The prized delicacy tastes like a briny combination of scallop and oyster. Blanched before cooking, the barnacles release their worm-like bodies, which are then lightly sautéed before serving.

Find them in Tofino restaurants such as Wolf in the Fog and The Pointe Restaurant at the Wickaninnish Inn.

Hungry for more? Vancouver’s Blue Water Cafe celebrates BC’s seafood “unsung heroes” every February with a month-long festival. Ocean Wise, a sustainable seafood program run by the Vancouver Aquarium, is the best way to check if your local fish is ocean-friendly.