I should have known better. I’m a seasoned traveller and lifelong environmentalist, but it took a 26-day trip down the Fraser River from its headwaters in the Canadian Rockies to the ocean at Vancouver to understand that the Fraser isn’t a river after all. It’s a rivershed.

That means a great network of connections through countless creeks and streams and tributary rivers. This living green web drains a quarter of the province far beyond the banks of the big river itself. If BC was a body, the Fraser rivershed would be its circulatory system, the arteries and veins through which life flows. And yet few people (like me, before this trip) know just where it comes from or how important it really is. 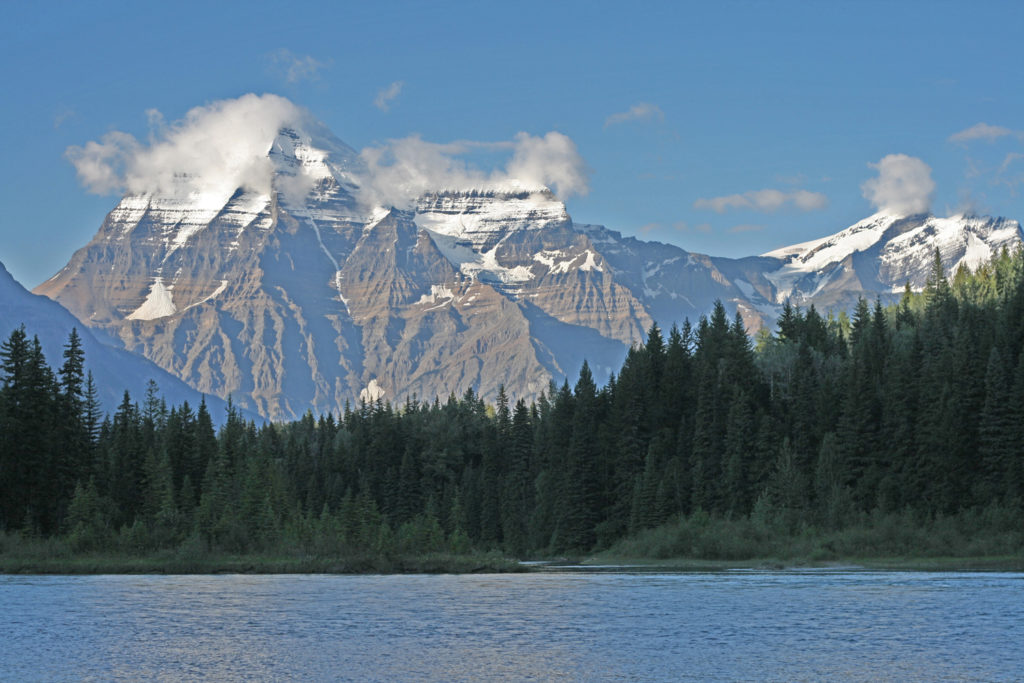 The journey begins near Mount Robson. This is the highest peak in the Canadian Rockies.

“Most people in Vancouver think the Fraser starts in Hope,” explained Fin Donnelly, a man who knows the 1,400-km (870-mi) river as well as anyone, after swimming the whole thing, twice. The first time, in 1995, was to raise environmental awareness. The second, in 2000, was a community-building campaign.

Donnelly dried off and got even busier, winning a seat in Parliament and creating the Rivershed Society of BC to promote the conservation, protection, and restoration of the Fraser. He thinks anyone who experiences the grandeur of the river firsthand will get it. So each summer the Sustainable Living Leadership Program takes a lucky group of adventurers on the trip of a lifetime. 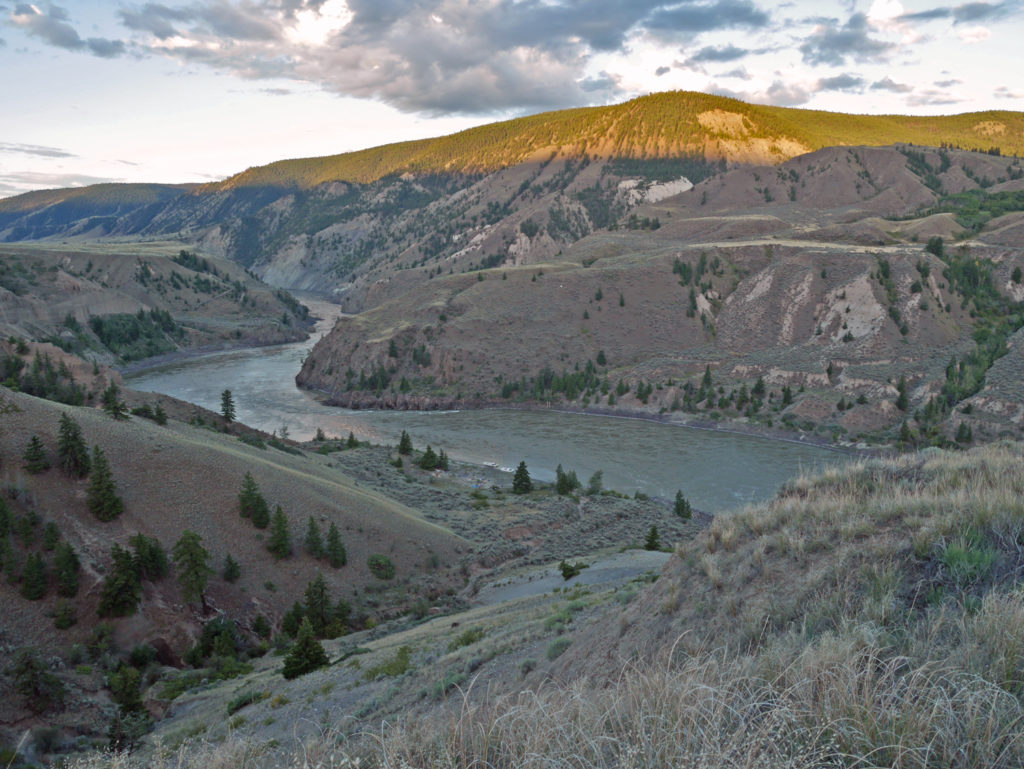 A section of the Fraser River.

We started in the shadow of the tallest peak in the Canadian Rockies, Mount Robson. Our group of 12 pushed off in a single voyageur canoe. The rainforest water beneath us was a glacial-green carpet. We paddled for three days, camping each night on the banks under a diamond blanket of stars. Astonishingly, we saw almost no one. 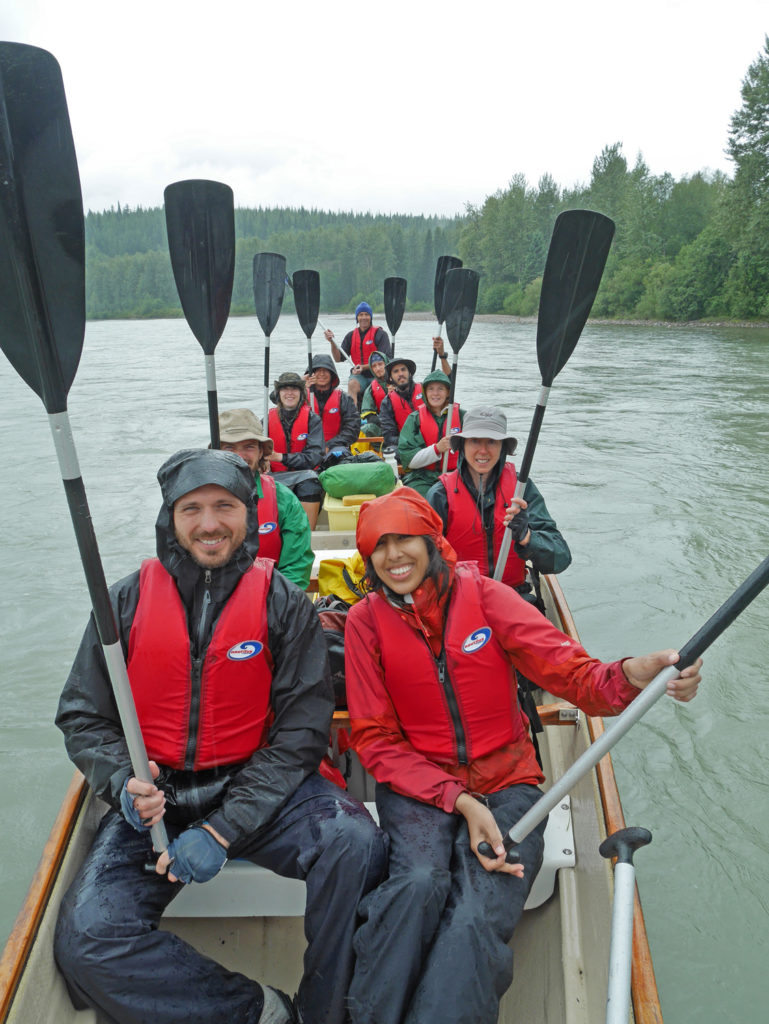 The group in our voyageur canoe.

Near Prince George we shifted into a shuttle van for a ride to the Goat River Valley, an unspoiled tributary that has so far kept the logging companies away.

For the middle section through the Fraser Canyon, we switched to rubber rafts, which made a pleasant break from paddling. We could dream idly in the hot sun as sand-coloured water quietly tugged us south. That is, until a frothing rapid would suddenly appear and our guide would suggest we “Hang on!” or “Hang on with both hands!” and a swimming pool worth of water would crash over the bow into our laps. 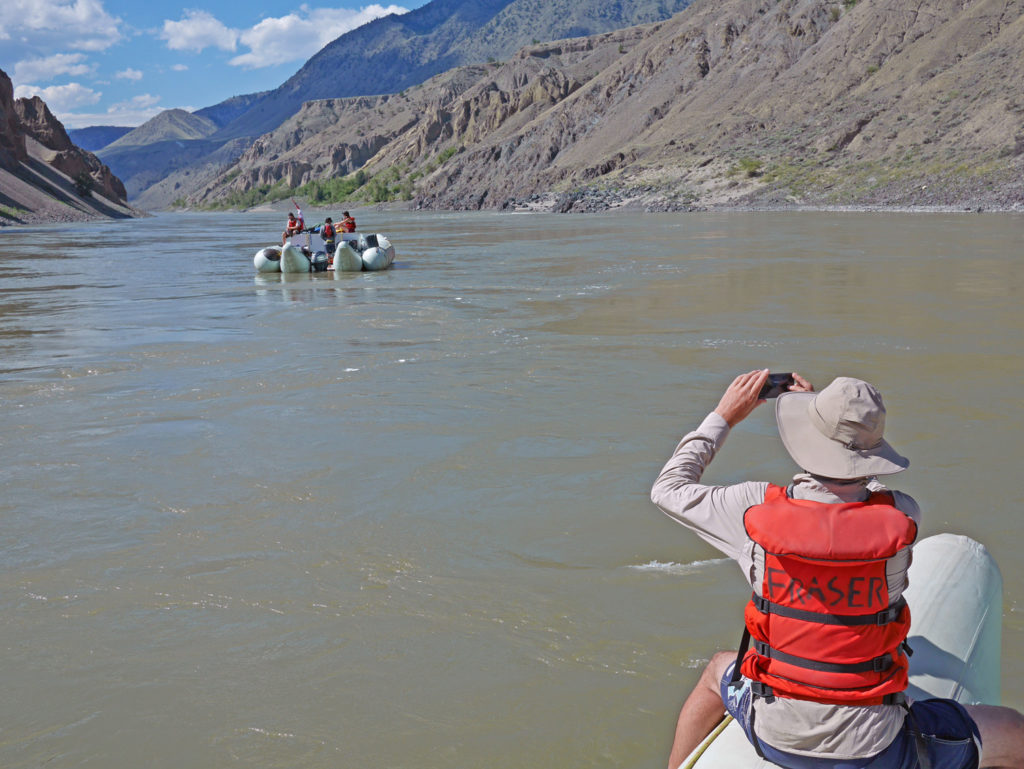 Rafting a section of the Fraser River.

Here too, the views were stunning. We drifted through desert scenes and camped by cactus and sagebrush. And yet we were alone for days on end. The most amazing thing about the Fraser River may be how few people know about it.

The final leg was a five-day canoe trip from Hope to Vancouver. It was strange to paddle through the urban jungle after so long in the wilderness. But it was also encouraging to see salmon jumping even in the city limits, continuing a journey that has fed communities for thousands of years. 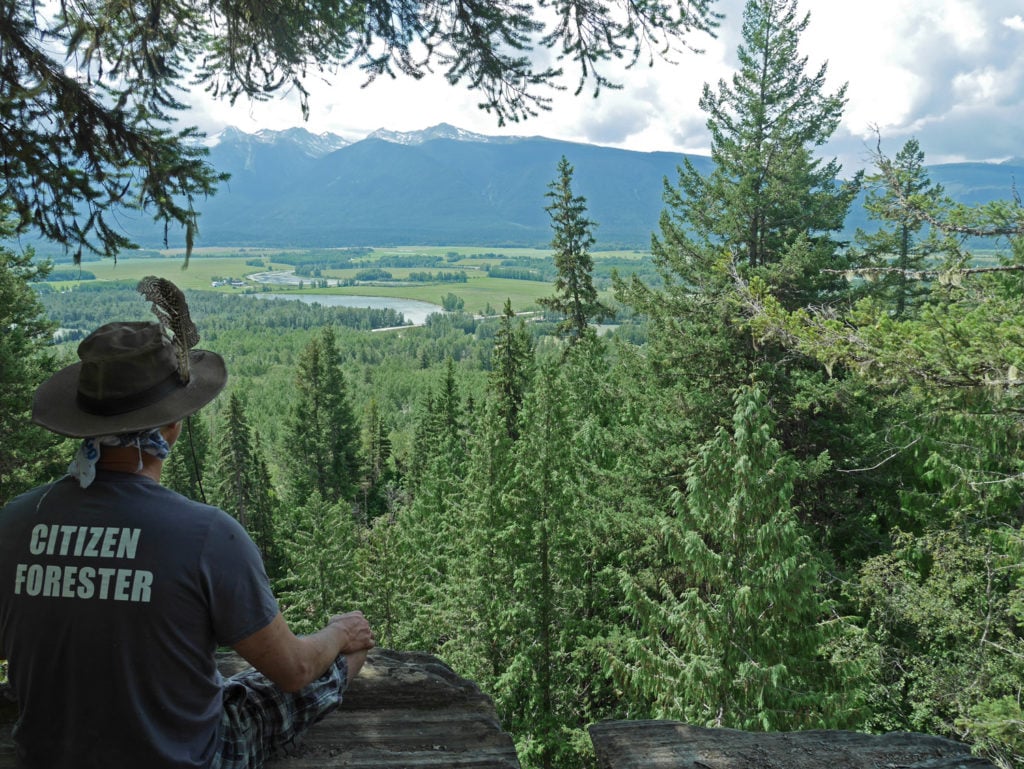 Here’s hoping the salmon can keep at it, and we can keep visiting a healthy Fraser for many generations to come.

You can apply to be one of the voyageurs on the Sustainable Living Leadership Program. See here for application details.