The last few years in Victoria have seen a rise in the number of restaurants experimenting with the art of the cocktail, with some spots specializing in creating libations that are both creative and delicious. With local distilleries such as Victoria Distillers and Sheringham Distilleries producing high quality gin, vodka, whiskey and bitters, and breweries like Phillips Beer getting in on the spirits game with their Stump Gin and flavoured tonics, it’s possible to experience a distinctly Victoria flavour in your drink.

The classic hotel lounge has a certain timeless allure–a meeting place for strangers or old friends, the stir of excitement of travellers gathering for drinks before heading out to explore a new city. Coincidentally, Veneto and Clive’s, two of Victoria’s most dedicated cocktail bars, happen to reside in hotels.

Veneto Tapa Lounge, in the Hotel Rialto, was voted best cocktail bar in Eat Magazine‘s 2015 Exceptional Eats Awards. The stylish lounge beckons patrons to pull up to the bar, an impressive slab of granite flanked by floor to ceiling windows. Cocktails are a serious business at Veneto–their bartenders’ signature creations are a source of pride. The bartenders are so trusted that a game of Spin the Wheel is a must for any first time visitor: request your spirit of choice and desired flavour profile (sweet, bitter, etc.) and they’ll use their seriously honed skills to whip up a custom cocktail. 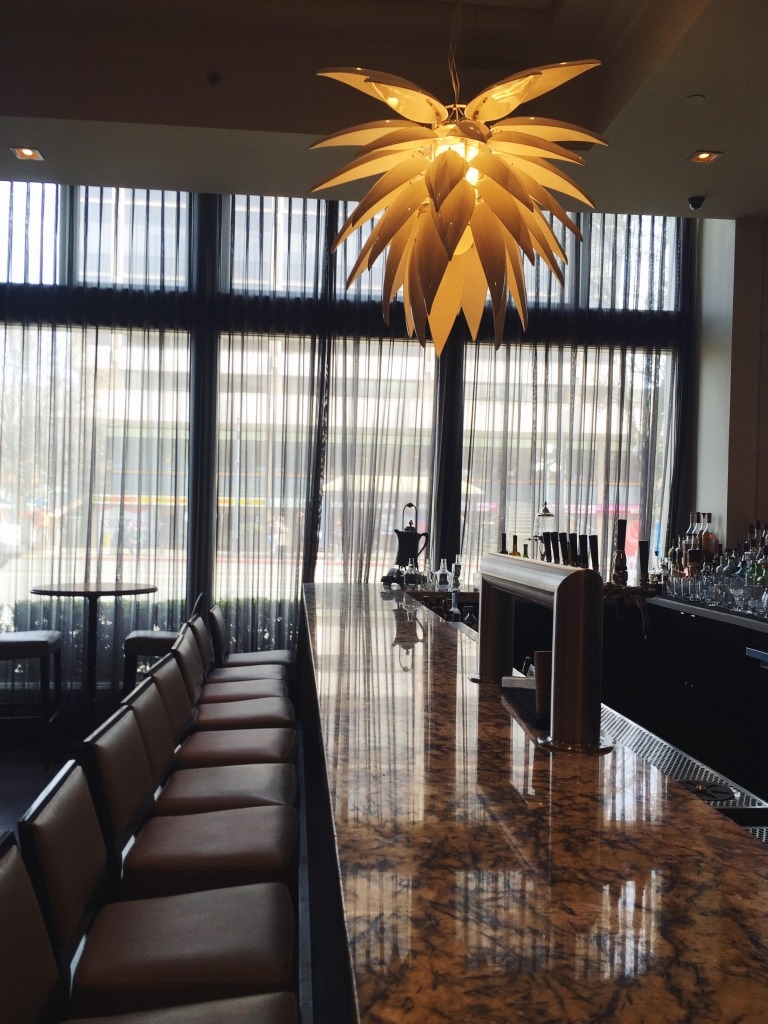 The bar at Veneto

A runner-up in the cocktail category in the 2015 Exceptional Eats Awards is Clive’s Classic Lounge, located in the Chateau Victoria. Clive’s is a longstanding cocktail institution in Victoria, and its cozy lounge has been the spot for many an after-work indulgence. Its history is reflected in its extensive drink menu, with a focus on both signature cocktails created by Clive’s bartenders, and classic cocktails such as the Hanky Panky, a 1920s gin-based delight.

Newer to the scene is Little Jumbo, a sexy little speakeasy hidden down a hallway, marked only by its purple neon elephant sign. Although it’s well tucked away, cocktail lovers are noticing Little Jumbo–it was given an honourable mention in Vancouver Magazine‘s Best Victoria Restaurant category in the 2015 Restaurant Awards. A rotating drink menu highlights the bar’s sense of humour and creative spirit in crafting truly unique cocktails. A current feature is the Dead Rabbits of Fernwood, a blend of Irish whiskey, basil and black peppercorn syrup, lemon and pernod, served over strawberry ice cubes. It’s the perfect spot to bring a date, especially if they don’t know what to expect at the end of an otherwise unremarkable hallway. 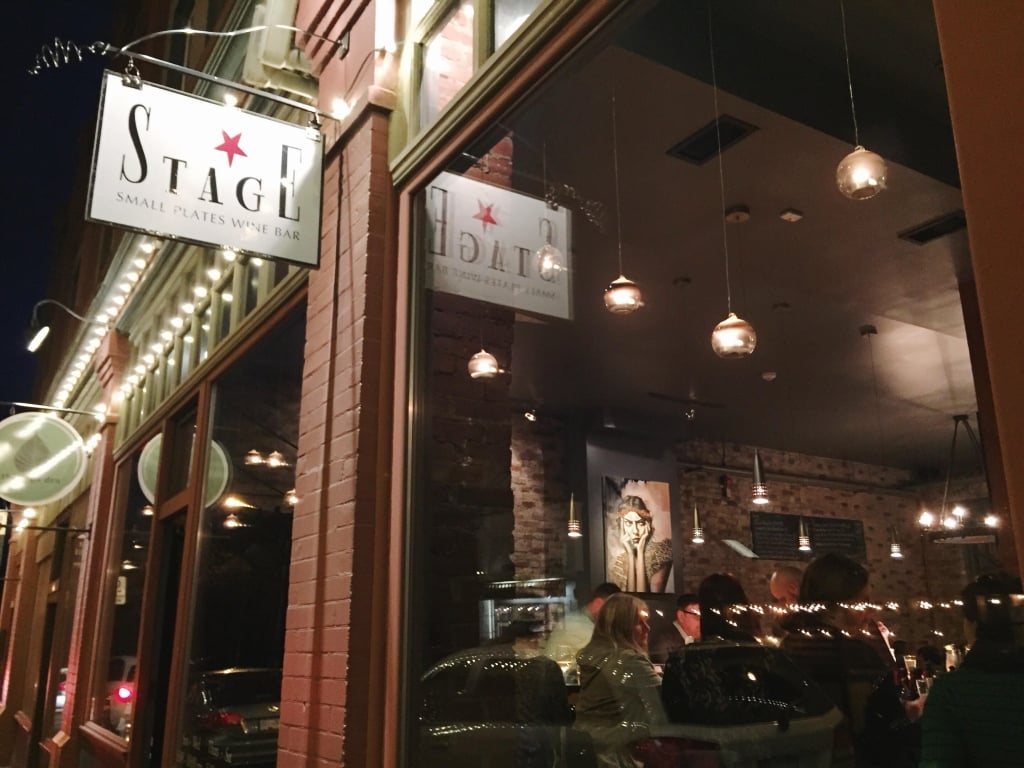 Stage Wine Bar is a small space gaining some serious accolades: it was voted the Best Victoria Restaurant in Vancouver Magazine‘s 2015 Restaurant Awards, and was named one of Canada’s Best New Restaurants on En Routemagazine’s coveted annual list. As with any good drinking establishment, it’s got a beautiful bar, made from the floor of a bowling lane and still bearing its distinct markings. Order something light and fresh from the Before Dinner cocktail menu, indulge in a few of Stage’s celebrated small plates (the pillowy gnocchi is to die for), and finish up the evening with a broody beverage from the After Dinner selection.

For a more casual cocktail experience, The Guild invites imbibers to pull up to a beautiful wood-paneled bar located in a charming heritage building. Argyle Attic‘s whiskey-heavy menu pays tribute to Canada: try a Trans-Canada Sour, a twist on a classic whiskey sour enhanced with real maple syrup and British-Columbia-crafted bitters. Meanwhile, Victoria’s best mojitos can be found at The Mint, a dark and moody West-Coast-meets-Himalayan restaurant reached by descending glittering stairs, or at Canoe Brewpub, where a pitcher of raspberry mojitos are best enjoyed on the massive waterside patio. 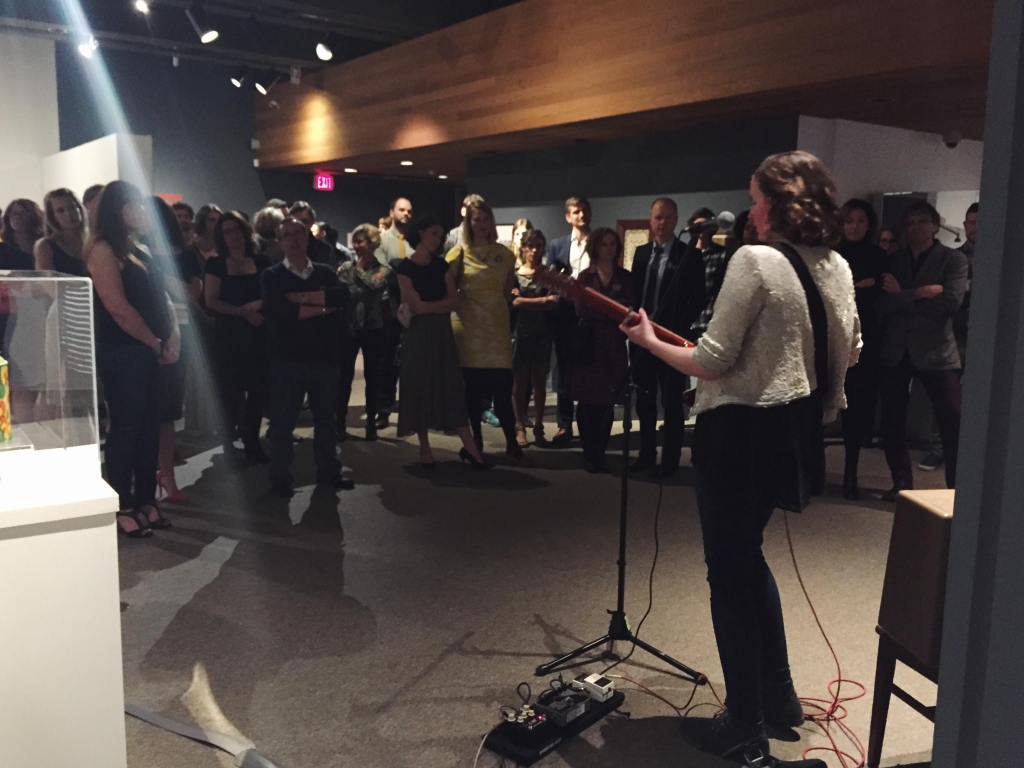 Looking for something to do while sipping? At Northern Quarter, you can enjoy live (often cover-free) music alongside drinks such as the Island Affair, made with Defender Island, a smoked rosemary gin distilled in BC. Urbanite is a swanky event put on by the Art Gallery of Greater Victoria–the evening celebrates the featured exhibition and pairs it with themed cocktails that you can sip while listening to live performances and dancing surrounded by fantastic art.

And if you really want to delve into the world of cocktails, time a visit to Victoria with the Art of the Cocktail. This two-day festival in October hosts a grand tasting event, seminars and a Best of the Pacific Northwest bartending competition.

In downtown Victoria, nearly everything is within walking distance of, or a short cab ride away from, most accommodations. You might even be lucky enough to stay in a hotel with some of Vancouver Island’s best cocktails bar a few floors down from your room. Really, it’s the perfect setup to sample a few glasses of the strong stuff–cheers!