Whales! There are few sights more thrilling than whales in their natural environment. The spray as they come to the surface for air, the splash as they propel themselves out of the water in a full-body breach, or the slow roll of their backs and extension of their tails as they dive deep.

The waters off the coast of British Columbia are rich with marine life. BC’s whale watching vessels seek out orcas, humpback whales, grey whales, and minkes, and along the way often come across  seals, sea lions, porpoises, and bald eagles. Chances are excellent that you will encounter whales on a guided tour—companies here report a success rate well over 90%, and most offer a guarantee. If you don’t see a whale, come back for a free tour until you do.

The whales are found in the Salish Sea, the body of water that separates Vancouver Island from the mainland. They swim among BC’s Gulf Islands and the San Juan Islands of Washington State. Many tours leave from Victoria on Vancouver Island, but if you want to see whales from Vancouver, you have options. 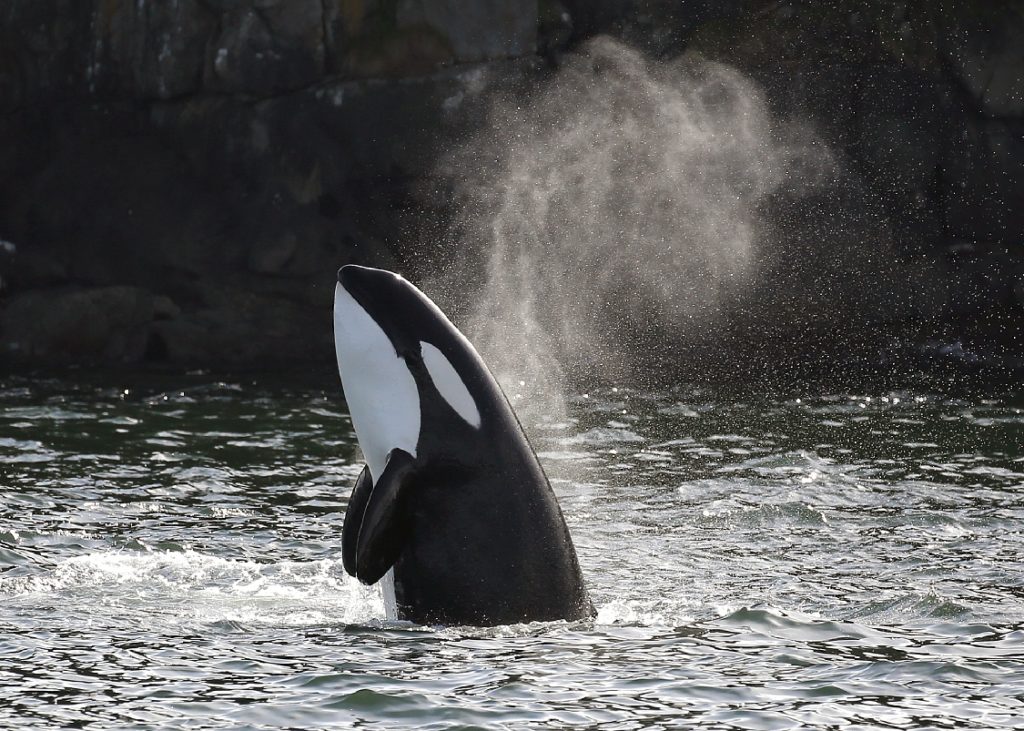 Who: Prince of Whales Whale Watching

When: Most tours operate May through September; Vancouver Ocean Magic Adventures run April through November; Fly-Whales-Fly tours are offered year-round

Based in Coal Harbour, at the Westin Bayshore hotel, the aptly named Prince of Whales boasts a huge range of experience options. Want to spend a few hours on the water and return to the city? Vancouver Ocean Magic Adventures is the tour for you. Want a full day of exploring? The Ultimate Day Tour to Victoria, their most popular offering, starts bright and early in Vancouver. The day begins with a four-hour whale watching trip to Victoria, BC’s capital city. The next few hours are yours to divide as you wish between downtown Victoria and the world-renowned Butchart Gardens. Late that afternoon, meet up with boat and crew at Butchart’s private dock and enjoy a sunset cruise back to Vancouver.

Other possibilities include returning to Vancouver from Victoria by seaplane or helicopter, and one-way trips to either Victoria or Seattle. Or pack in as many modes of transport as possible with the Fly-Whales-Fly tour. Take either a seaplane to Victoria, embark on a three-hour whale watching adventure, and fly back to Vancouver.

*Note: any of the trips that include a stop in Victoria can be broken up over two days or more.

When: April through October

Granville Island is one of the city’s most popular attractions. It is home to a bustling public market, a huge range of artist studios, live entertainment venues, and excellent waterfront dining. You can also board one of four vessels owned and operated by Wild Whales Vancouver. Some boats are open air, others are semi-covered, and all are equipped with washrooms and hydrophones so you can hear the whales communicate.

The unique thing about Wild Whales is that each of their vessels is booked for a single departure each day. This means no rushing back to the dock for the next scheduled tour, so they can truly take their time and go wherever the whales are hanging out that day. As such, tour times can be anywhere from three to six hours. Luckily, the Granville Island Public Market is the perfect place to stock up on provisions before you depart. 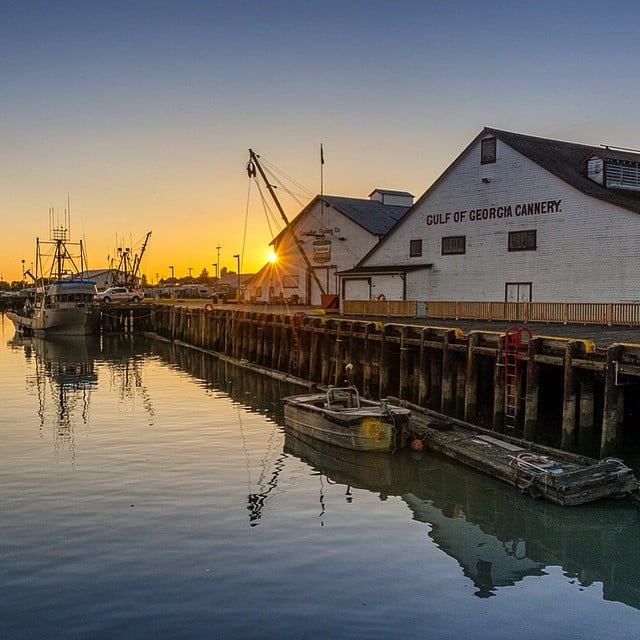 The stillness of sunset at Steveston Village. Photo: @lisanixonphotos via Instagram

When: April through October

South of Vancouver you’ll find Steveston Village, a quaint fishing village in the southwest corner of Richmond. Two whale watching companies operate from this location at the mouth of the Fraser River. Seabreeze Adventures offers four-hour tours in semi-covered or Zodiac-style boats with an on-board naturalist/interpreter, which adds an educational component to the experience. Arrange shuttle pick-up at your Richmond or Vancouver hotel for a $10 fee.

Vancouver Whale Watch was the first whale-watching company to operate from the Vancouver area, in their 21st year of operation in 2019. All three of their vessels are zodiac style (one open and two semi-covered), custom-designed for marine wildlife viewing, and all are equipped with hydrophones to listen to the whales. Tours are three to five hours in duration, and a seafood lunch in Steveston pre-or post-tour is a must. Shuttle service is available from several downtown locations for a $15 fee. 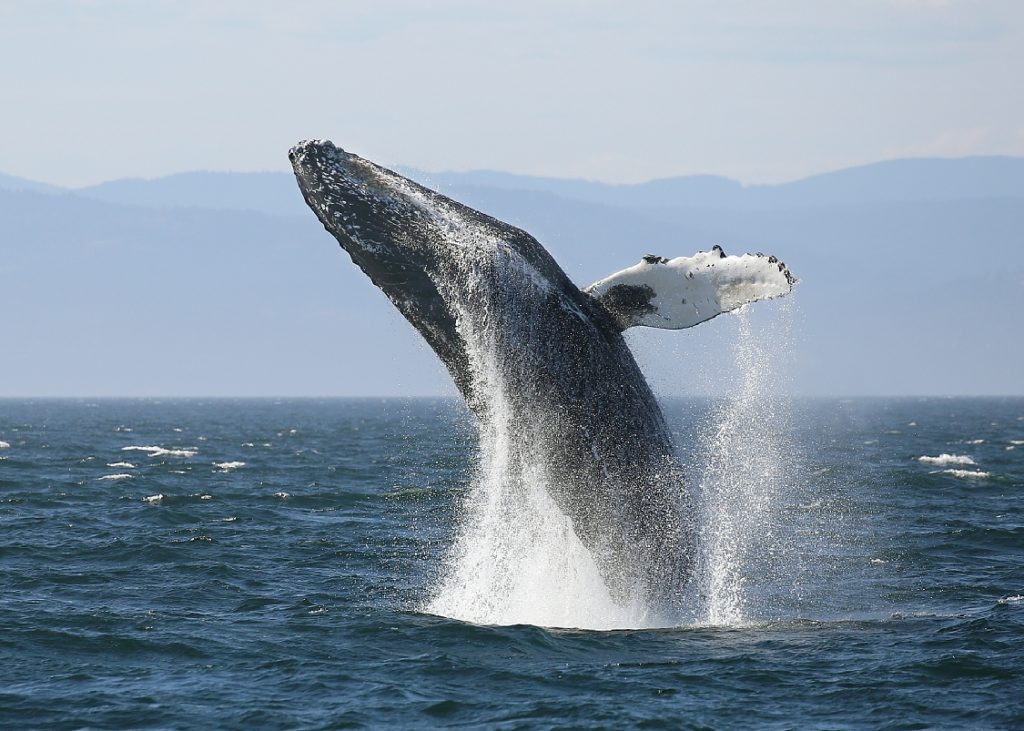 When: Daily April through October; by appointment November through March

Just north of the Canada/US border, the cute seaside town of White Rock is home to White Rock Sea Tours, which operates from the pier along the White Rock beach. Zodiac tours depart daily at noon, travelling across Semiahmoo Bay and into the Salish Sea. This excursion is unique in that it includes stops at various spots on the Gulf Islands and Vancouver Island for lunch and for breaks over the course of your three- to five-hour tour. 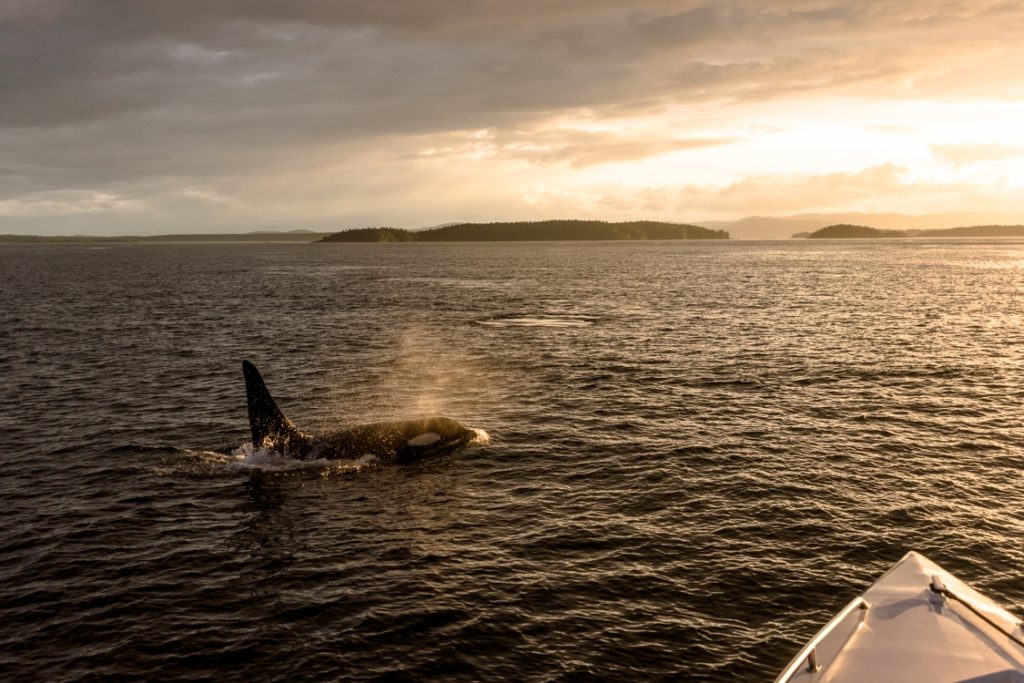 As temperatures on the water can be inconsistent, it’s best to dress in layers. Don’t forget a camera (waterproof if possible), sunscreen, sunglasses (and a way to keep them in place), a water bottle, and a snack. Check with the company you’ve booked as they may suggest some variations to this list. If you’re travelling in an open zodiac-style boat, you are usually provided with a protective suit that fits over your clothes to keep you warm and dry.

Note: Bring your binoculars and follow these guidelines to enjoy watching marine animals safely and responsibly.