Although often overshadowed by the more accessible Manning Park, neighbouring Skagit Valley Provincial Park is a fantastic wilderness destination. With beautiful mountain views and a diversity of wildlife and vegetation, the broad glacier-carved valley has over 50 km (31 mi) of hiking trails, both front- and backcountry camping, and plenty of fishing spots. Only 2.5 hours east of Vancouver, it’s a great spot to spend a few days camping, hiking and reading a good book. 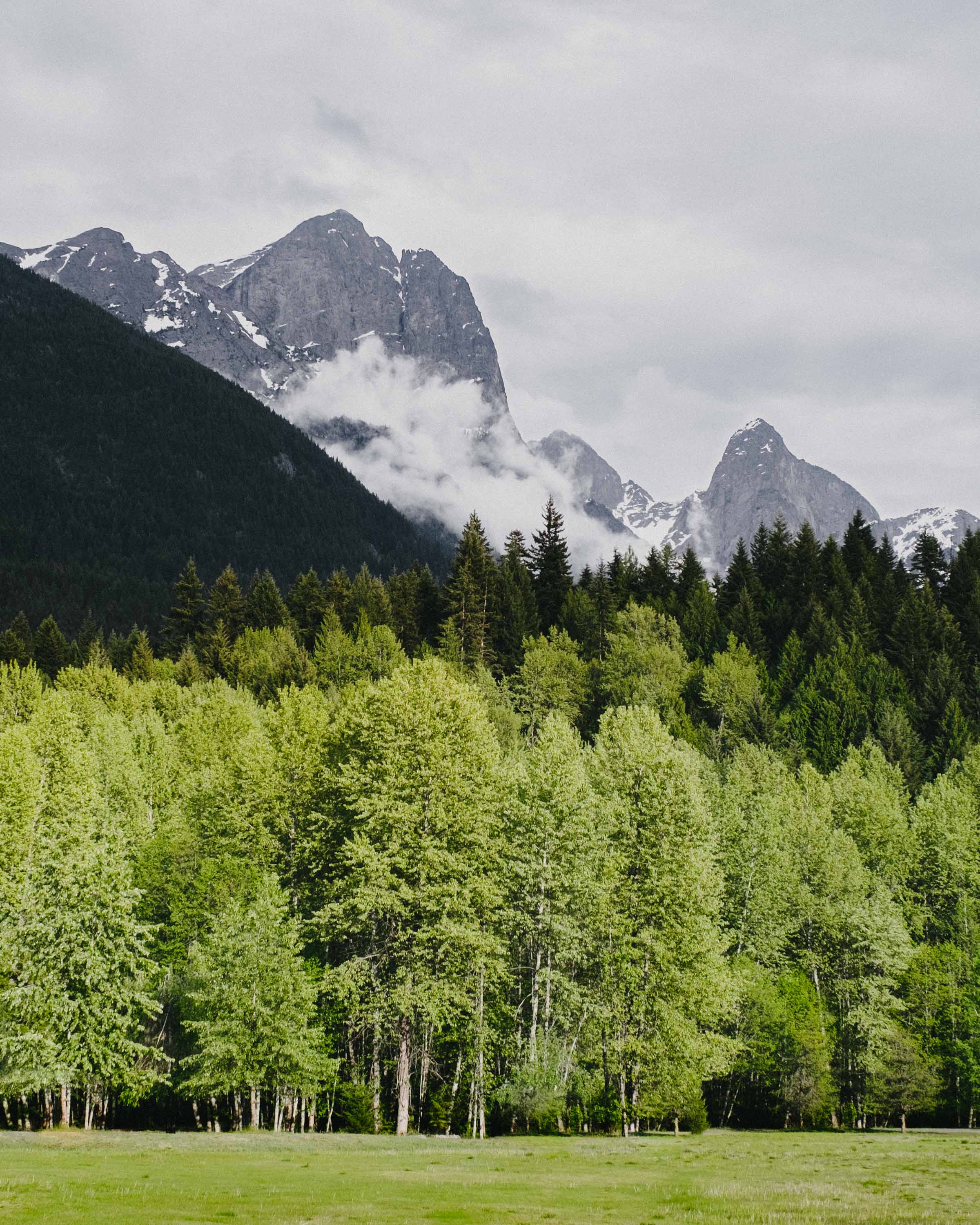 Driving into the park on the well used Silver Skagit forest service road, it can get pretty dusty and signs suggest you use headlights at all times. We also suggest rolling up your windows — passing vehicles can kick up quite a bit of dirt and we rolled into camp feeling filthy. And while there are a few scenic spots on the way in, the campgrounds are all first-come first-serve, so we recommend setting up camp first and then heading out to explore after. 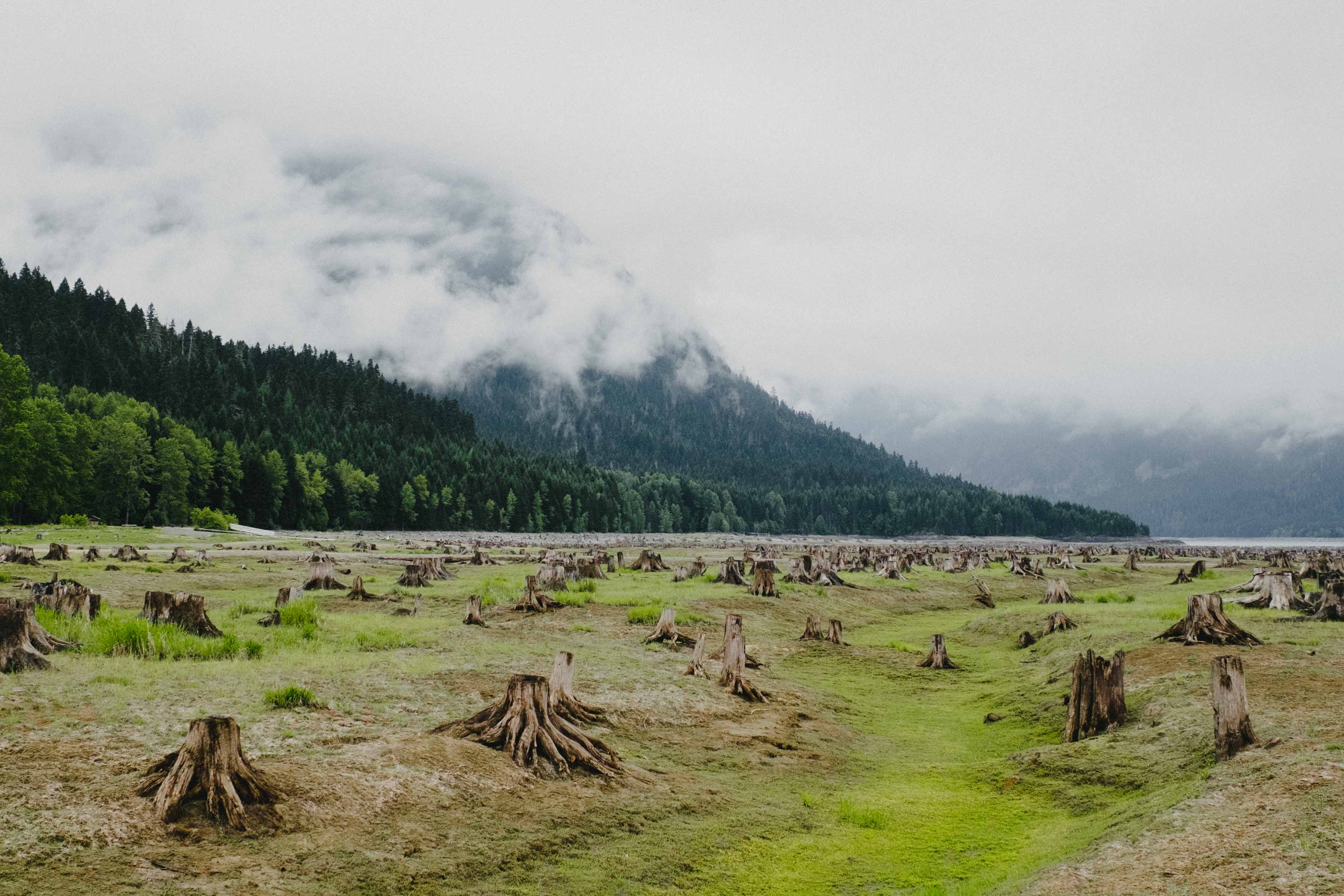 The two main campgrounds are at Ross Lake and Silver Tip, but there are a few others in the backcountry and a horse-friendly front-country site called Whitworth Horse Camp. We opted for the more scenic Ross Lake at the end of the road, but despite the name, the campground is only lakeside for two months of the year — Ross Lake is a reservoir operated by Seattle City Light, and though water levels can fluctuate at any time, it’s usually half empty from September to June. We visited right after the campground opened in May, so the shoreline seemed very far away indeed. In its place was a cacophony of stumps and mud as far as the eye could see, which was really fun to explore. The campgrounds are all minimal (pit toilets and hand-operated water pumps), but that suited us just fine. We saw a ton of wildlife within walking distance of the campground, including a black bear and several bold deer that even came over and licked our vehicle one night, so keep all your tasty food locked away where animals can’t get at it. 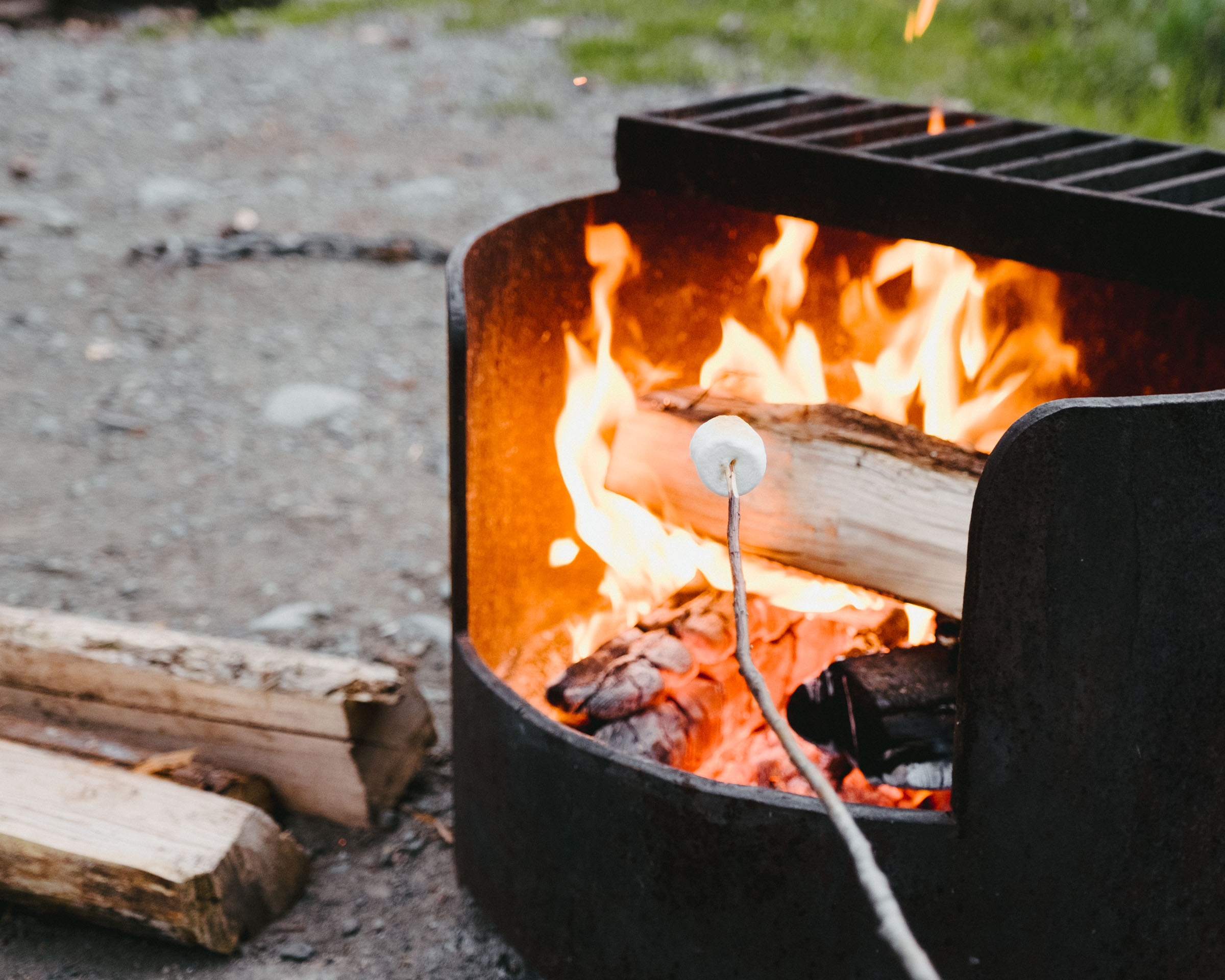 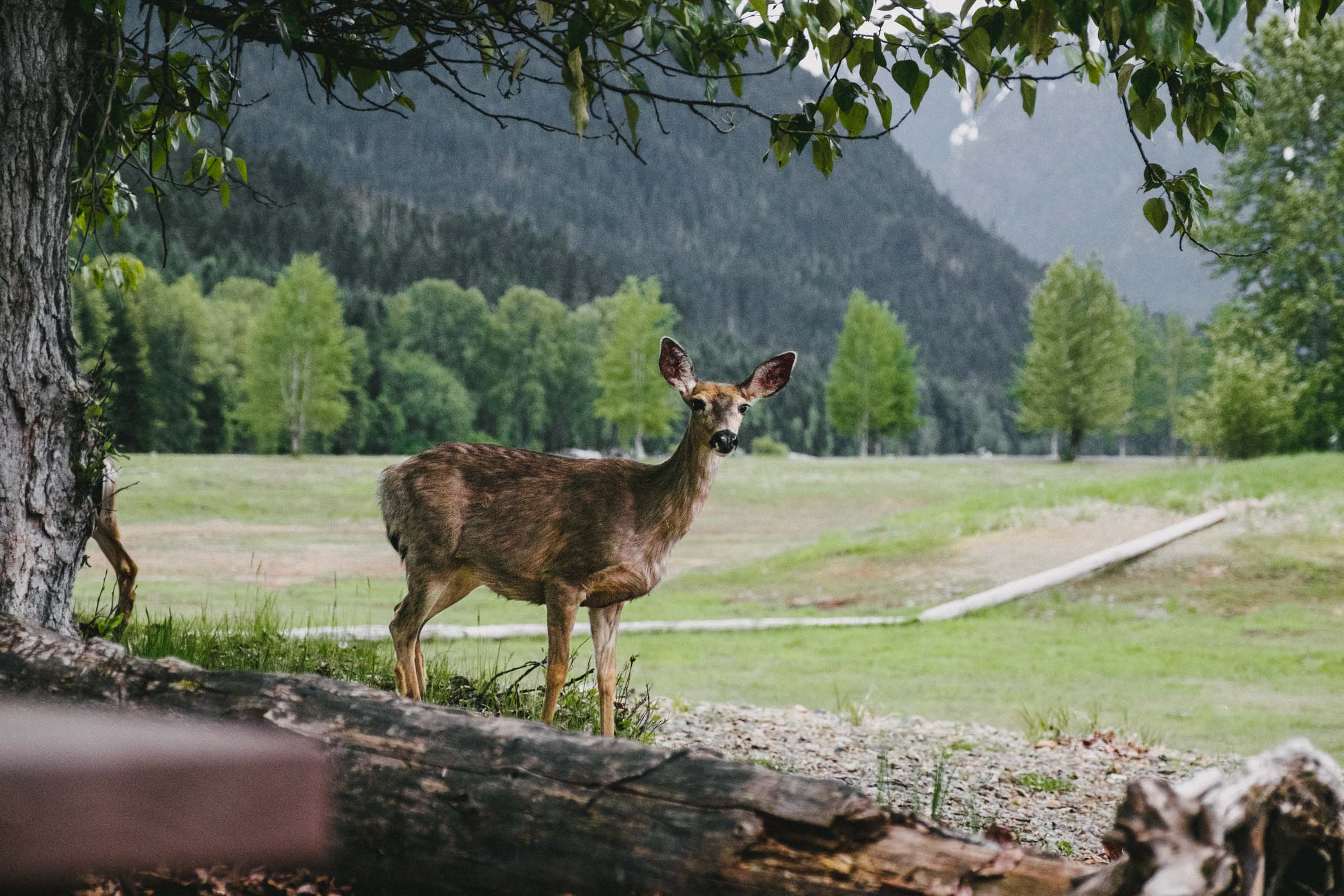 Betwixt two climate zones, the upper Skagit basin has a combination of wet coastal and dry interior forests, which makes it really interesting to explore. One minute you’ll be hiking through a cool, damp rainforest with Amabilis Fir, cedar, and ferns, but then you’ll climb a little rise and you’re suddenly in a dry, rocky forest of sweet-smelling pine. One of our favourite areas was the Chittenden Meadows, where towering Ponderosa Pine could be found on an hour-long self-guided loop through the woods. The park is home to a variety of pacific rhododendrons, and while we were a month too early to see them in full bloom, we did manage to find one flowering deep in the forest. If you’re looking to catch them in bloom, plan a trip for early to mid-June! 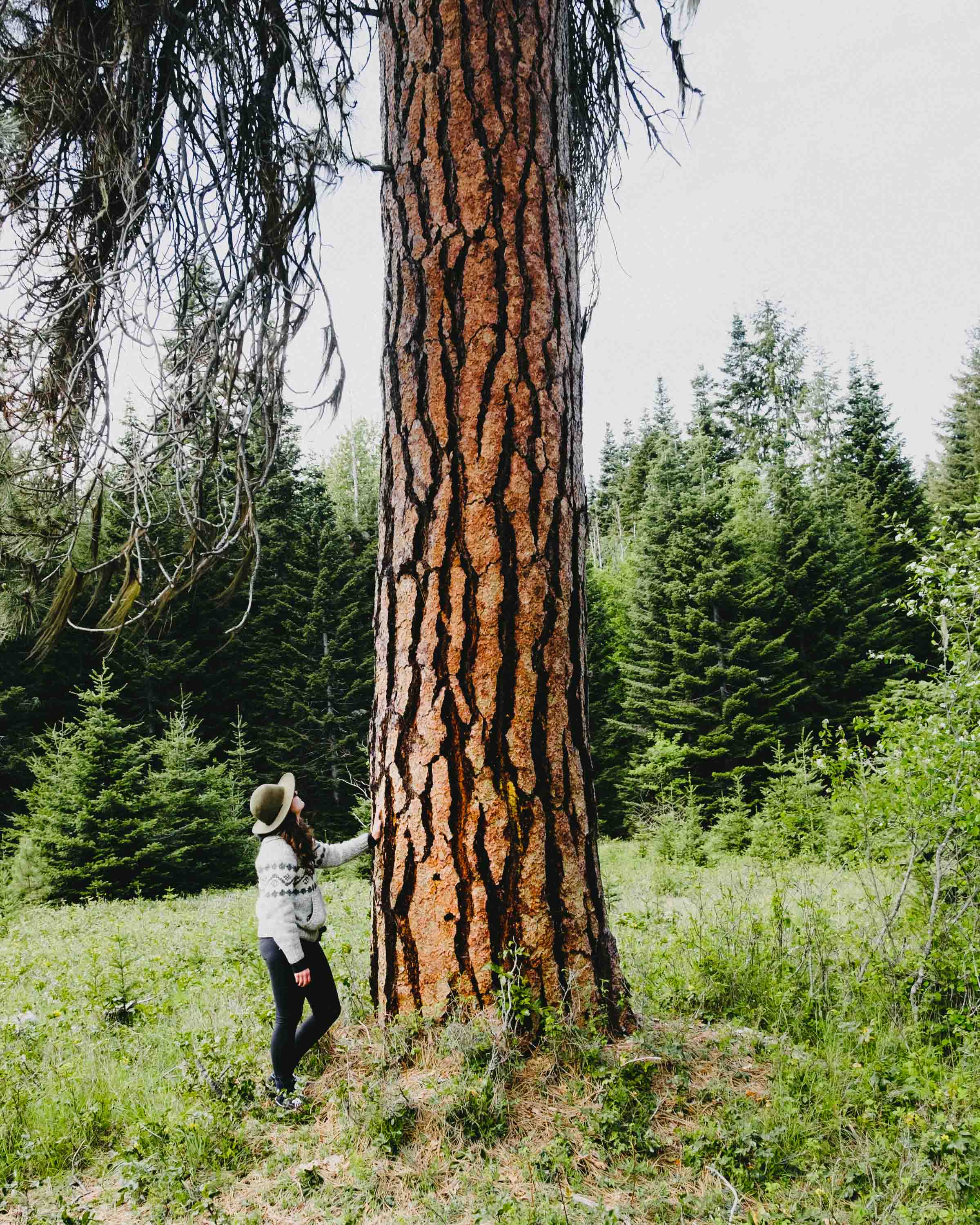 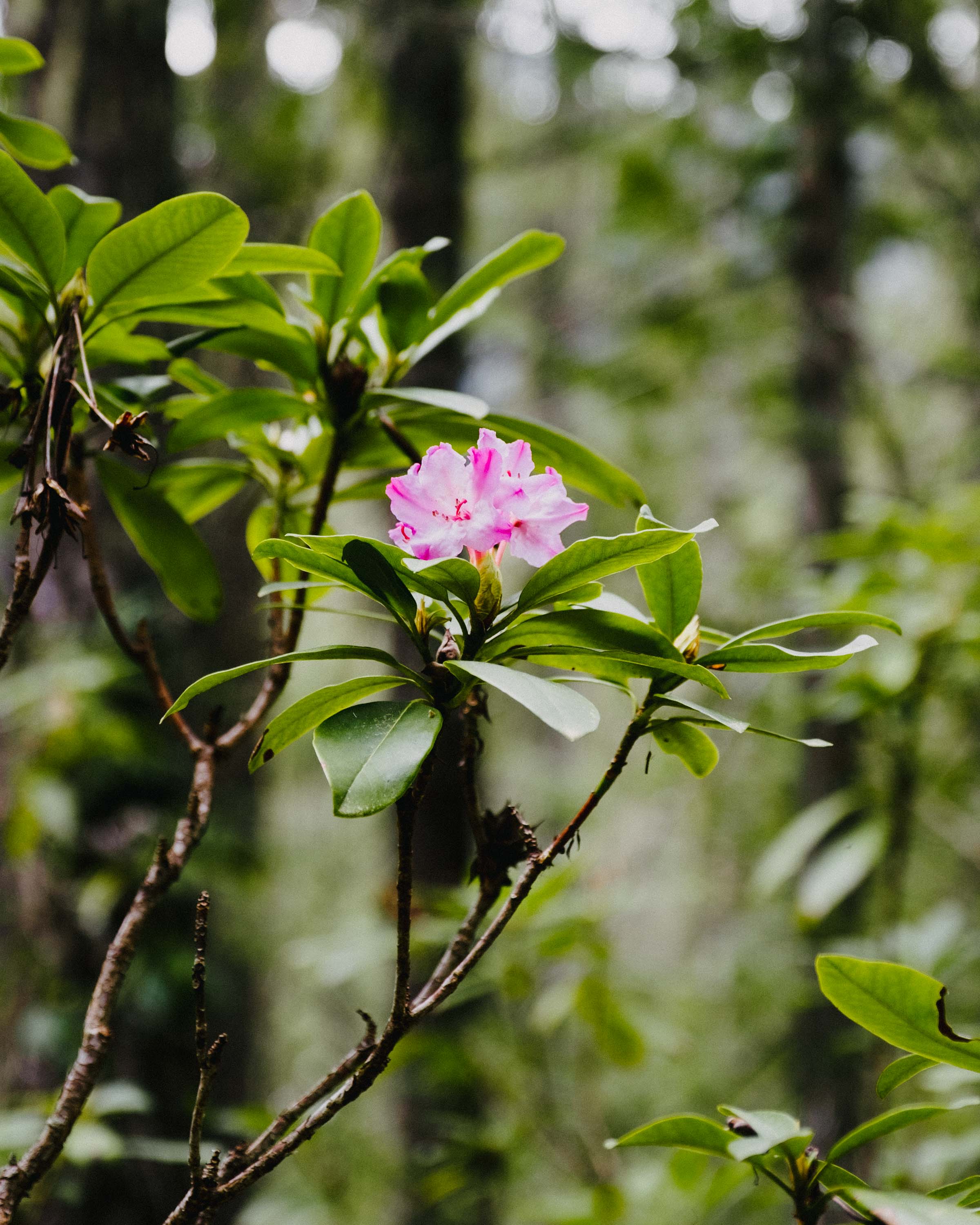 Several of the historic routes used by aboriginal people, turn-of-the-century miners and prospectors are now hiking trails throughout the park. The Skagit River Trail is a relatively easy 14-km (8.7-mi) hike that parallels the upper Skagit River to Highway 3 and Sumallo Grove, and if you feel like making a day or two of it, you can also camp along the way at the De Lacey wilderness camp. Another historic hike worth noting is the Skyline Trail, which stretches into the mountains and ridges of neighbouring Manning Park. With an elevation gain of 1310 m (4928 ft), it’s definitely a strenuous hike, but you’ll be rewarded with plenty of great views and vistas of the surrounding mountains, including the mighty Hozomeen. Due to snow, the Skyline Trail is recommended for mid-summer to early fall, so we’ll definitely be back! 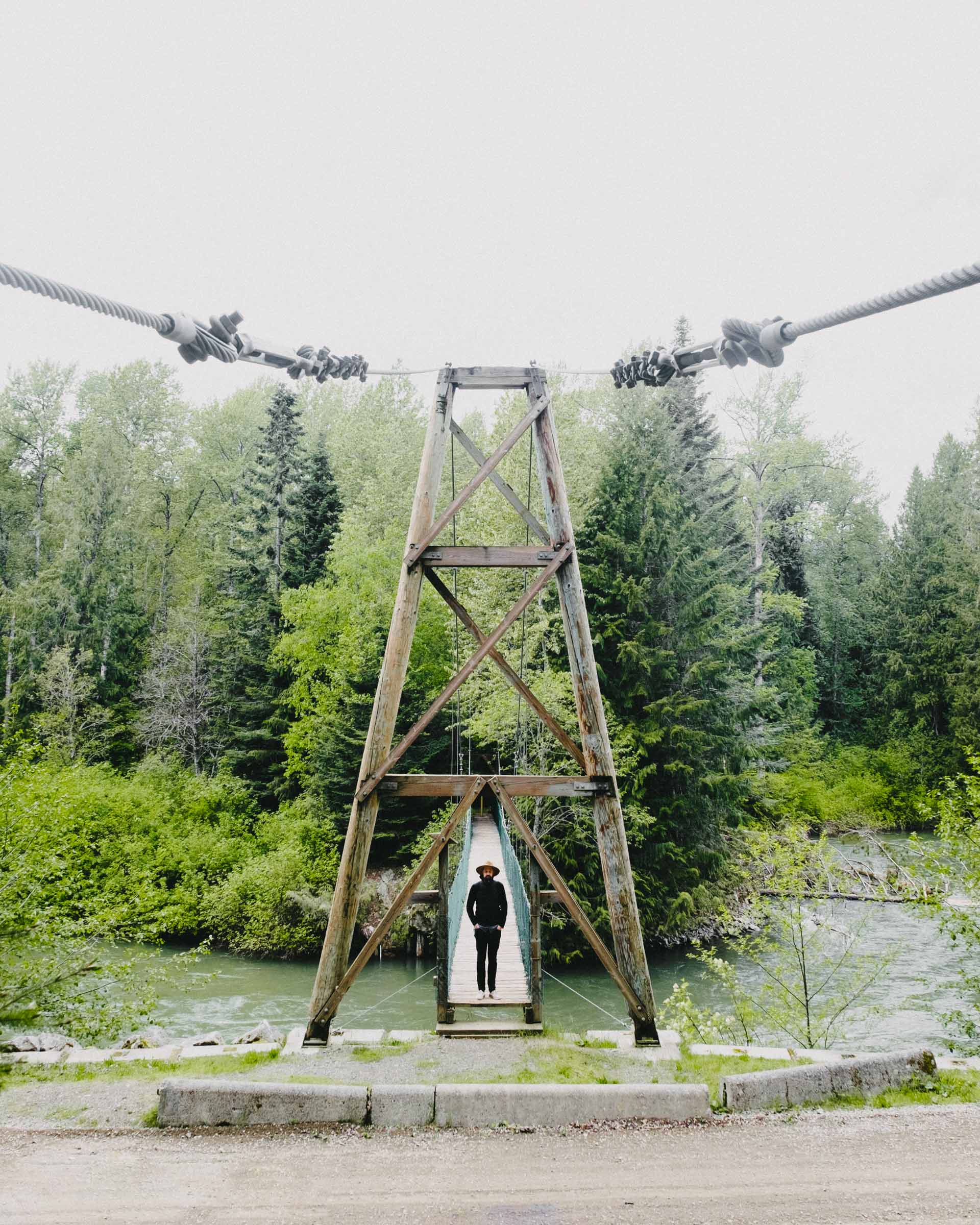 A final note: There are no stores or gas stations in the park, so be sure to fuel up and grab everything you need in Hope!