Standing on the shores of Washington’s coast around Port Angeles, the glimmering lights of the city of Victoria can be seen across the waters of the Juan de Fuca Strait. Regardless of where one is situated in Washington State, there’s a variety of ways to reach Victoria. 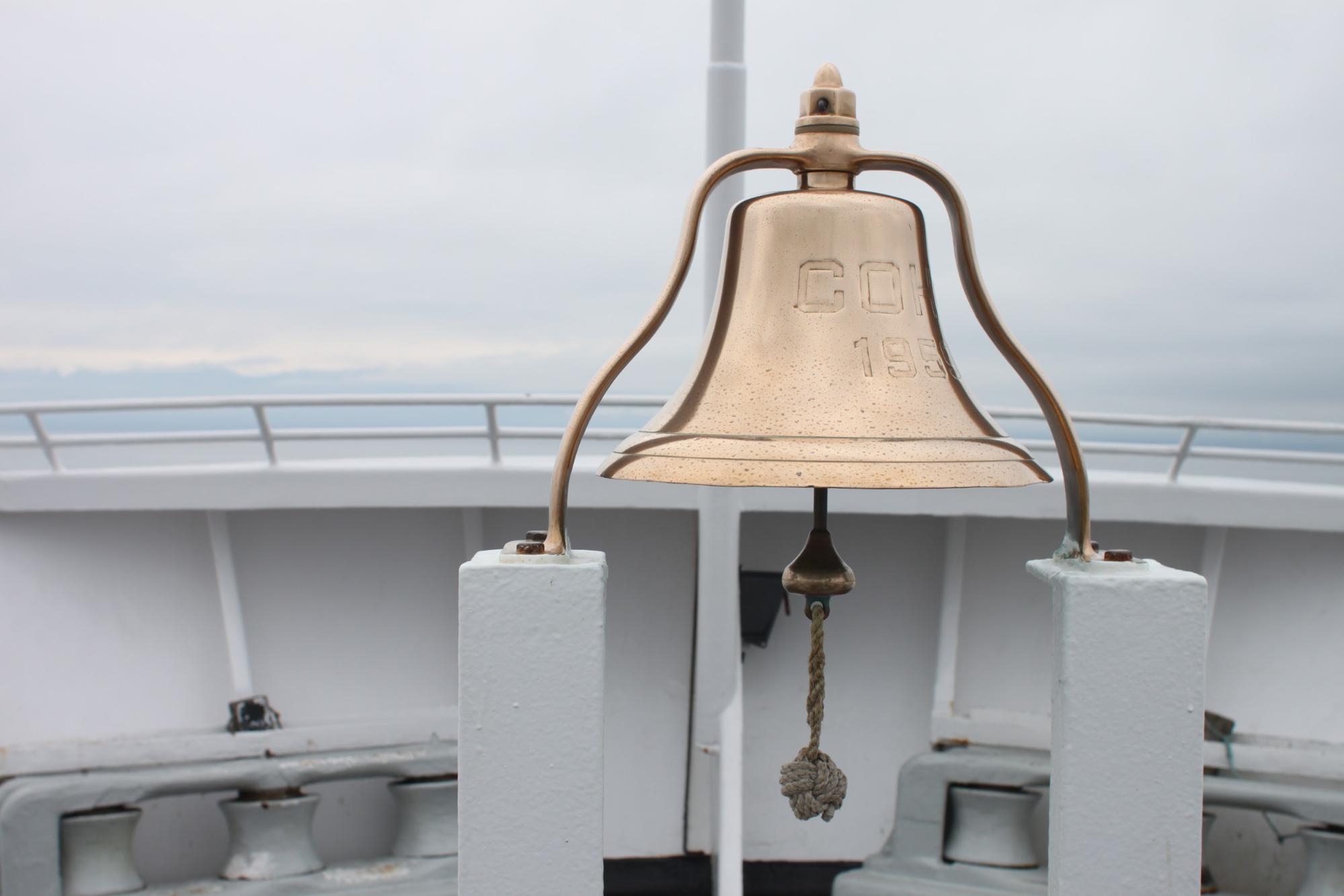 A brassy bell on the deck of the Black Ball Coho ferry.

The Black Ball Ferry runs from Port Angeles across the Juna de Fuca Strait, with foot and car-driving passengers disembarking in downtown Victoria. The MV Coho is a delightfully retro vessel, with comfy seating and big decks for sunny days spent admiring the views over the 90 minute voyage. Explore Victoria as a day trip, or book a hotel for a few nights – your return trip is valid for up to seven days.

The foot passenger-only Clipper is a high-speed catamaran that runs between Seattle and Victoria. Disembarking in the downtown core of both cities, it’s an excellent way to travel for a weekend trip. The three hour trip travels through Puget Sound and into the Juan de Fuca Strait.

There’s also the option to reach Victoria via the Washington State Department of Transportation ferries. Ferries run from Anacortes and throughout the San Juan Islands to Sidney on Vancouver Island. From there it’s a 30-minute drive to Victoria. 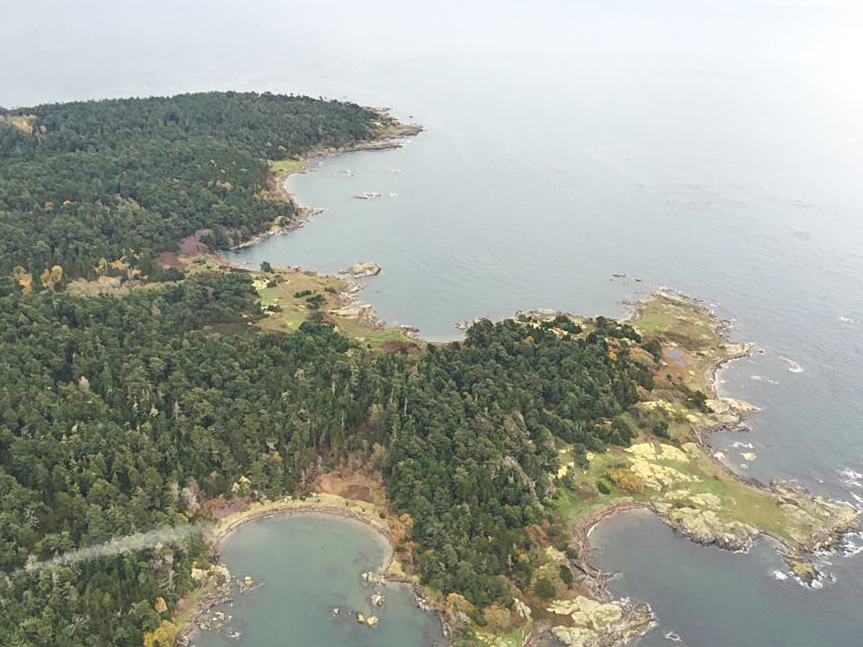 There’s nothing like a bird’s eye view of the Pacific Northwest. Flights from Washington State to Victoria offer spectacular views of a range of scenery, from islands to mountain ranges to glittering cities.

Kenmore Air flies from Seattle’s Lake Union to Victoria’s Inner Harbour, and the small float planes generally allow for a more intimate view of the landscapes below.

Several airlines, including Alaska Airlines and Air Canada, have flights from various cities in Washington State as well. Just make sure to arrange transportation from Victoria International Airport to Victoria – it’s about a 30-45 minute drive to the city. 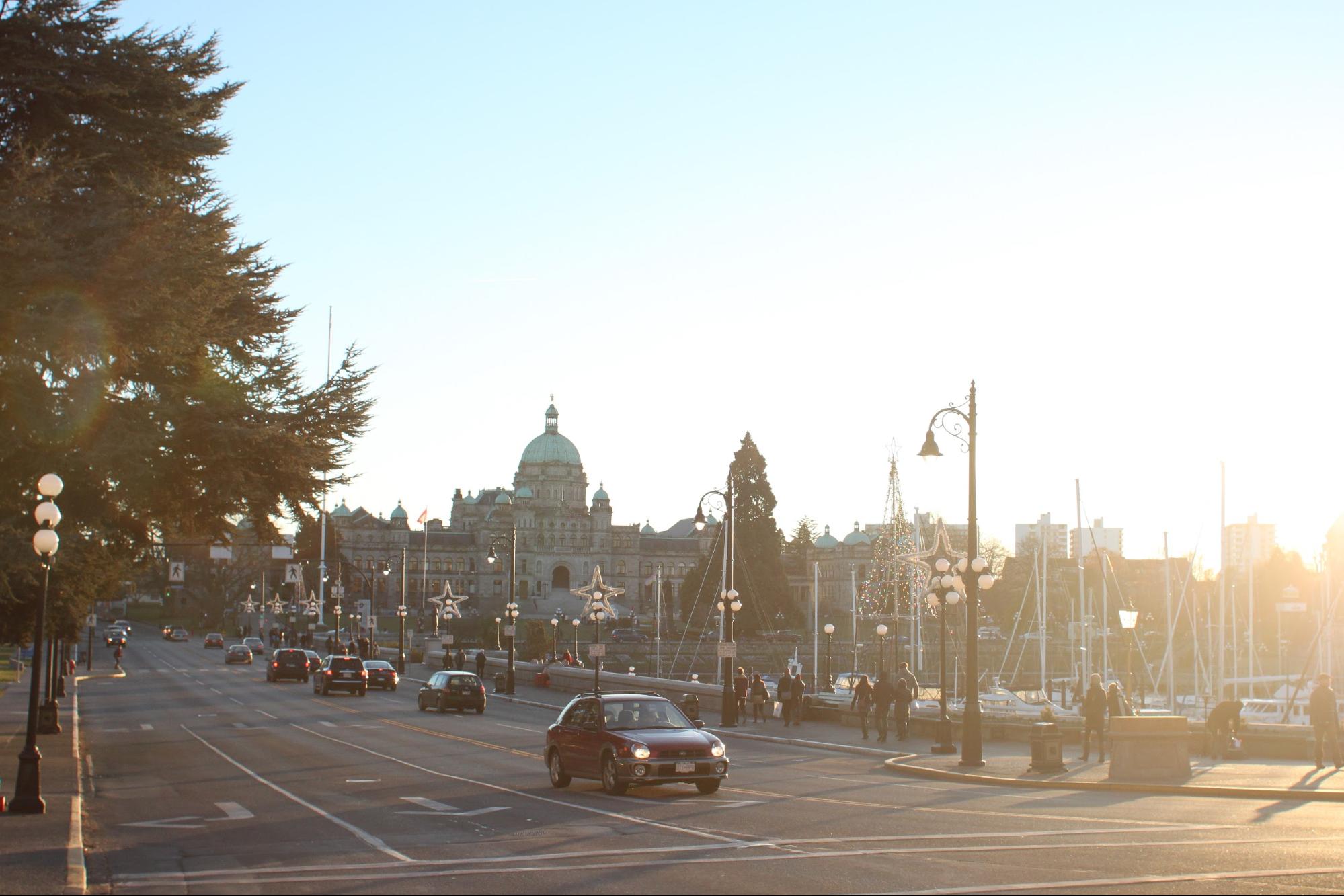 If you’re driving your own car to Victoria, a sea voyage is involved in any leg of the journey. But there are a few different options to get across the border from Washington State to the BC Ferries terminal in Tsawwassen.

There’s several border crossings in the lower mainland (the southwest region of British Columbia that runs along the USA-Canada border) – the closest to the BC Ferries terminal is at Peace Arch, situated in Blaine, WA. Once you cross into BC, the ferries are a quick 35 minute drive away. Technically the border crossing at Point Roberts is closer, but unless you live there, this little Washington community is cut off by water from the rest of the state!

Travel the state of Washington the romantic way on Amtrak Cascades. The train traverses the state from south to north, and crosses the border into Vancouver. From there you can catch a Pacific Coach Lines bus, which run from the Vancouver train/bus terminal (Pacific Central Station), across the water to Vancouver Island via BC Ferries, and ends in downtown Victoria.

Views of Washington State as seen from Victoria

Even though Victoria is close, you’re still travelling abroad! Make sure you review the necessary travel documents you’ll need to cross the border, and what restrictions there may be on what you can bring to Canada.