Summertime, and the living is easy. Where’s it easiest? Where are the best places to soak up those long, sunny days? We asked you, our Facebook fans, to share your favourite escapes. Here are your top five places to spend a summer vacation in BC. 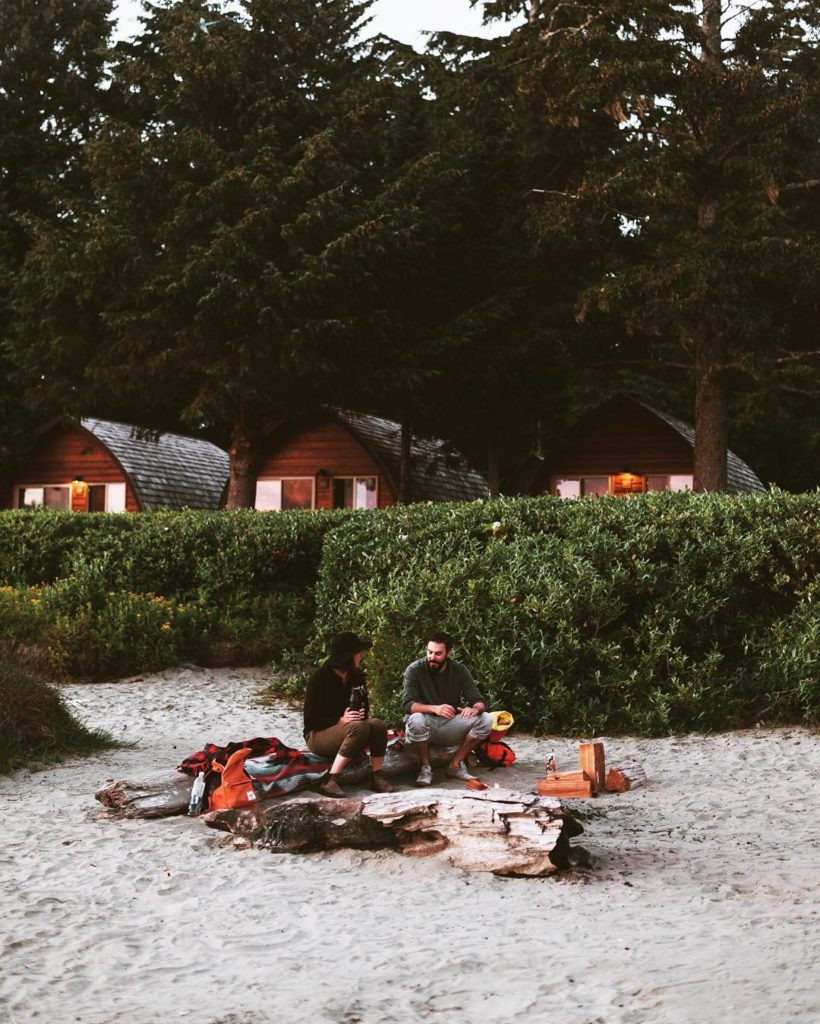 Relaxing on the beach at Ocean Village Resort in Tofino. Photo: @xshaydxvia Instagram

These two laid-back west-coast towns radiate chill summer vibes year-round. Rent a surfboard and head for the break at Chesterman Beach or Cox Bay before making a stop Tofino Brewing Co. for their Kelp Stout or Tuff Session Ale. Hike the Wild Pacific Trail in Ucluelet from Big Beach to Rocky Bluffs and keep your eye out for whales. No day on the coast is complete without a campfire, a vivid sunset, and the lulling sound of waves crashing on the beach. 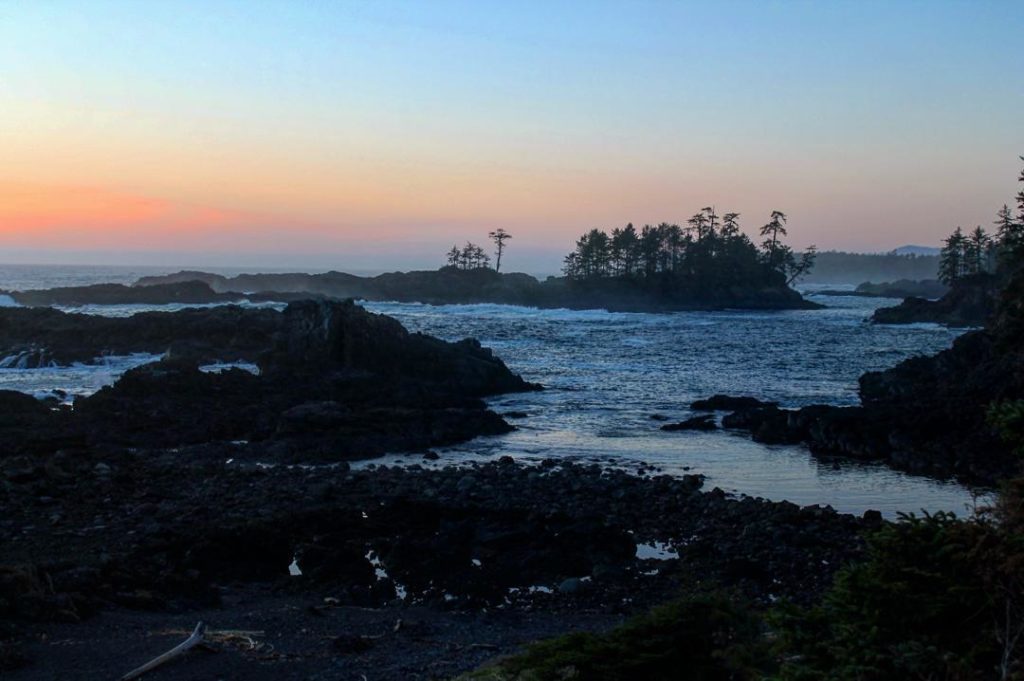 Sunset views along the Wild Pacific Trail in Ucluelet. Photo: @reisedame via Instagram 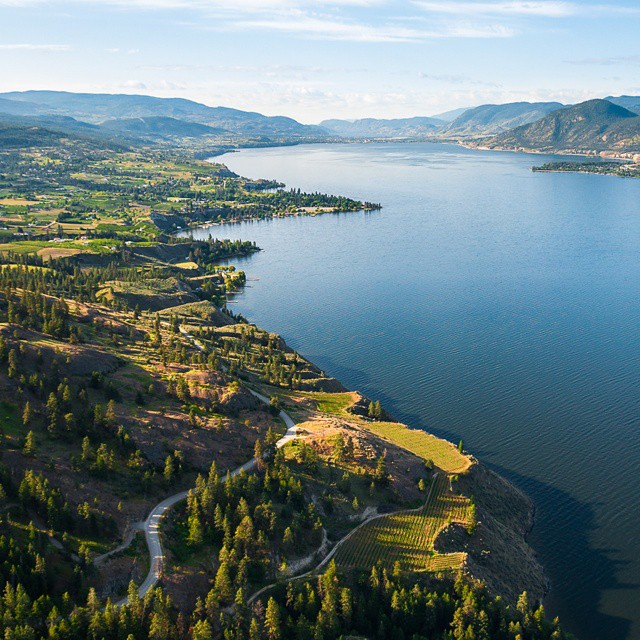 Gaze on the clear lakes, sprawling terraced vineyards and sun-drenched hills of the Okanagan and you’ve found peak summer bliss. Relax on one of Kelowna’s nine beaches and parks or hit the water and explore Okanagan Lake by kayak, paddleboard or speedboat. Take to the hills and hike the Skaha Bluffs just outside Penticton, or join wine aficionados on a winery tour by bike, car, kayak, or helicopter. And don’t miss a longtable alfresco dinner hosted by God’s Mountain Estate and Joy Road Catering—it’s a summer dining experience you won’t forget. 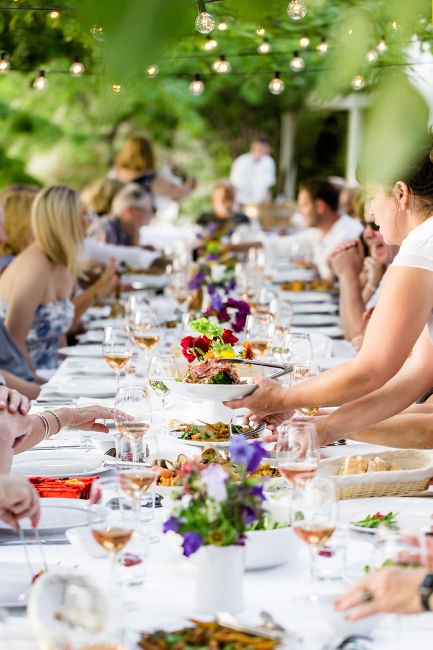 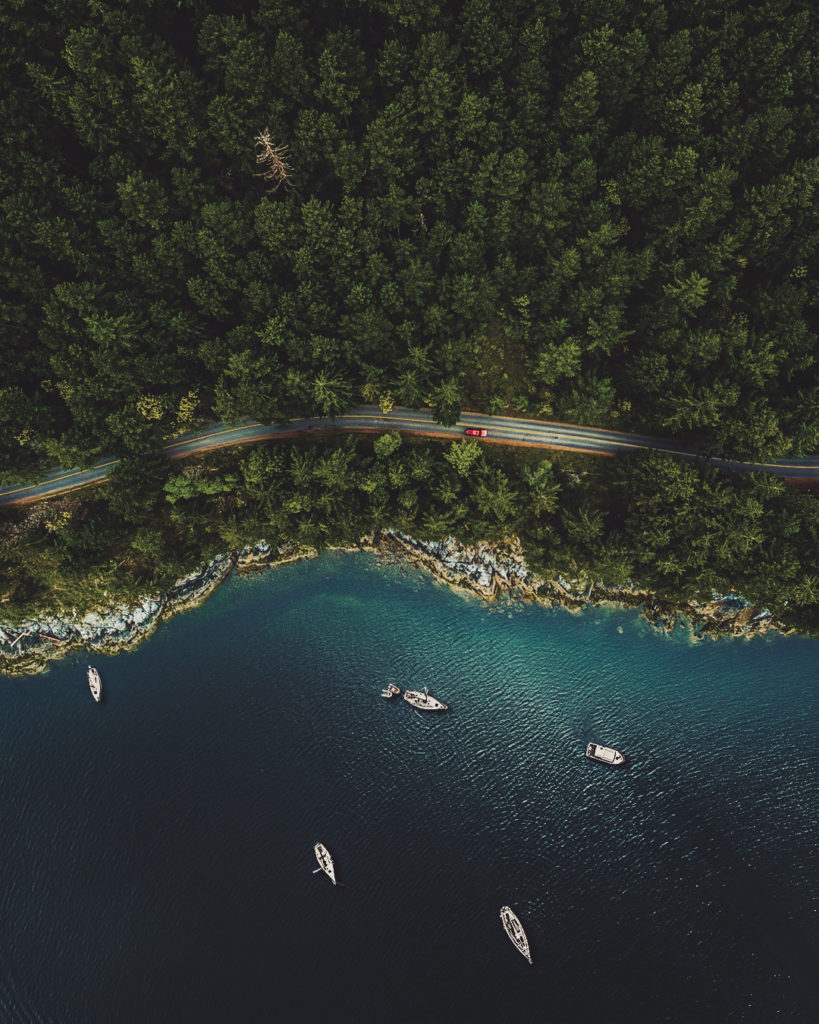 This stretch of coastline gets more annual sunshine—and less rain—than its big-city neighbour, Vancouver. And the 40-minute ferry from Horseshoe Bay is a breeze. You can drive the Sunshine Coast Highway from Gibsons right up Lund. Stop at Persephone Brewing Company—along the new BC Ale Trail—to see fields of growing hops and sip on some Goddess Golden Ale. Head to Robert’s Creek for a cruise on the local mountain bike trails before hiking around Smuggler Cove Marine Provincial Park, just north of Sechelt. The ferry at Earls Cove is your access to the upper Sunshine Coast. You can continue by car or take the path less travelled and walk hut-to-hut along the 180-kilometre (112-mile) Sunshine Coast Trail. Lund is the end of the road, but—if you want to keep exploring—it’s also the the gateway to Desolation Sound. 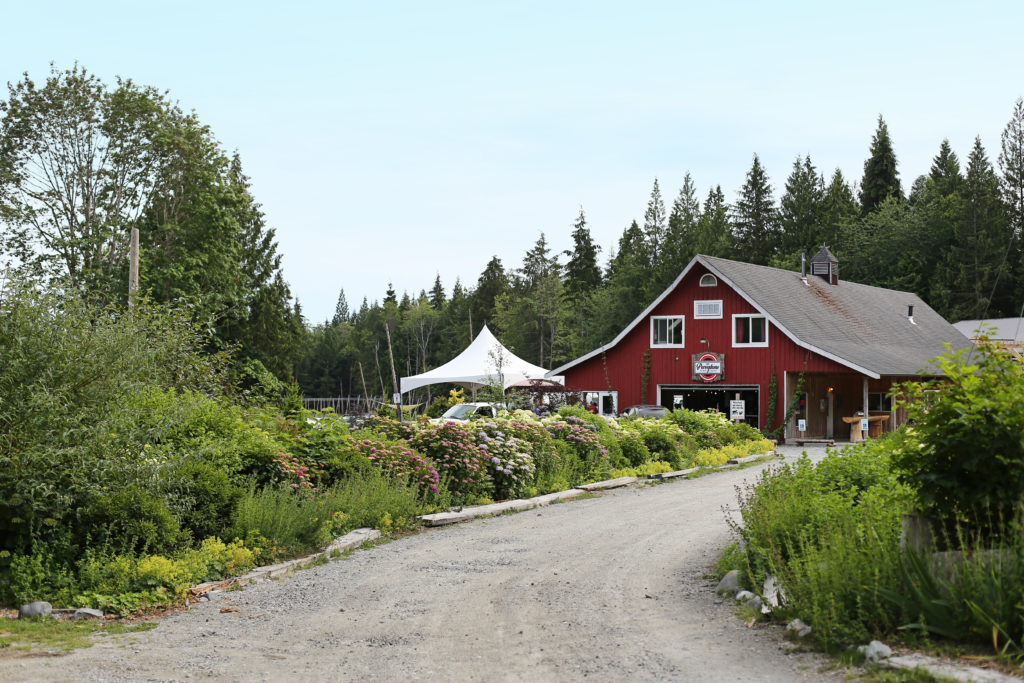 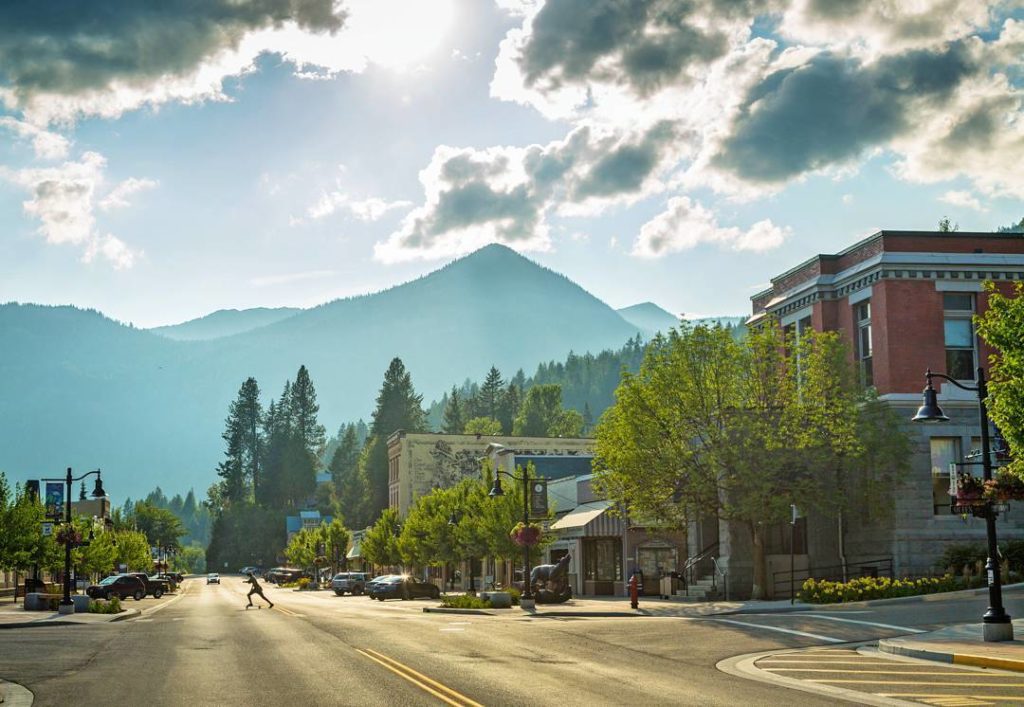 The Kootenays are BC’s southern interior paradise. The laid-back, hippy vibe of the artists, farmers and outdoor enthusiasts who love this place is infectious. A cleansing swim in the warm waters of Christina Lake will revive you. Navigating the Seven Summits trail by mountain bike will thrill you. And a trip on the longest free ferry in the world, from Balfour to Crawford Bay, to see artisans at work will chill you out. To spot mountain goats roaming wild, hike through Valhalla Provincial Park. Both Nelson and Rossland make a perfect home base, with thriving food scenes and friendly locals who just might be willing to show you around. 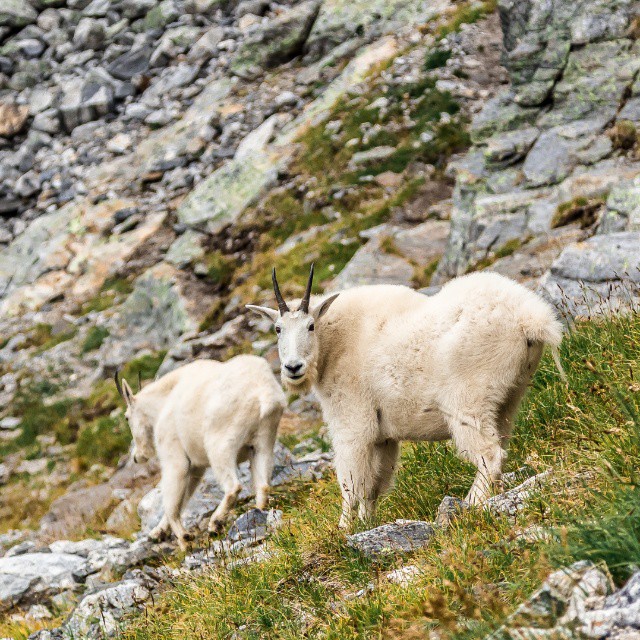 Vancouver Island (beyond Tofino and Ucluelet) 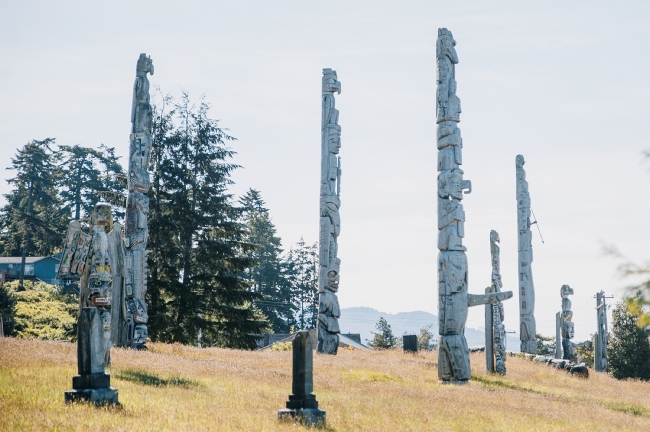 Stretching from BC’s capital Victoria in the south to the remote and rugged Cape Scott Provincial Park on the island’s northern tip, this 32,000-square-kilometre (12,355- square-mile) expanse is full of places to explore. Tour the farms and fields of the Cowichan Valley for a wine-and-dine experience before heading to the historic fishing village of Telegraph Cove. Take to the ocean by kayak; one of the world’s largest populations of Orcas and humpbacks roams the waters of Johnstone Strait. At Alert Bay, just off the coast, you can study the totem poles on the Namgis Burial Grounds and tour the U’mista Cultural Centre for a glimpse of Kwakwaka‘wakw art, culture and history. Vancouver Island was recently named the top island in Canada by Travel + Leisure in the 2016 Worlds Best Awards. Translation: it’s time to go. 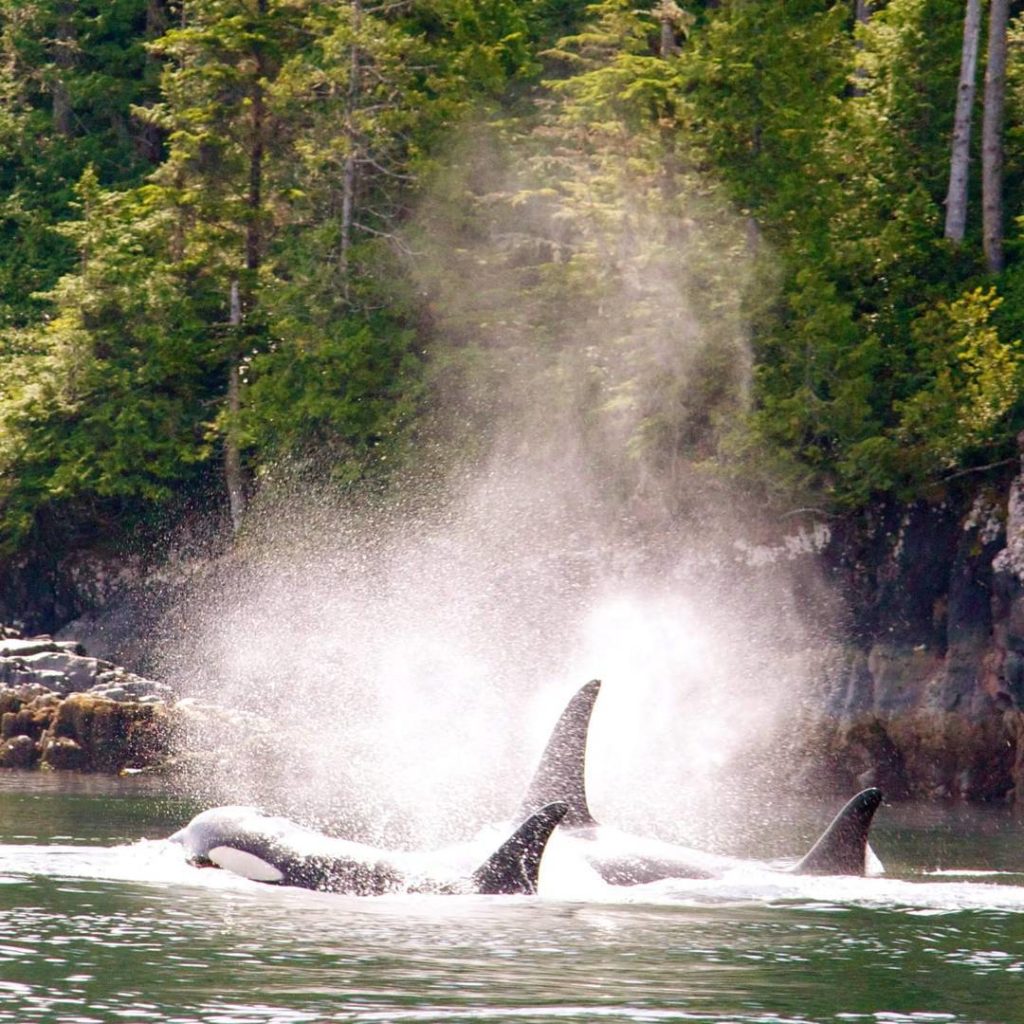 Whale watching in the Johnstone Strait off the coast of Vancouver Island. Photo: @jordangatto via Instagram

Where are some more of your favourite summer vacation spots in BC? Tell us in the comments below.