What forms the soul of a place? Is it the land or the people? In BC’s Cariboo Chilcotin Coast, it’s both. Of course, there are many metrics with which to measure a place. Cost of living, quality of life, amount of green space, to name a few. How about characters per square kilometre? That category would be won hands down by the Cariboo Chilcotin Coast, a beautiful region that sweeps from the peaks of Wells Gray Provincial Park and the historic goldfields of Barkerville west across the Chilcotin Plateau, through wild Tweedsmuir Provincial Park, and down into the Great Bear Rainforest.

People in this part of the world are resilient—as resilient as the pine saplings, grasses, and wildflowers that will push through the forest fire-burned landscape come springtime. Given the chance, nature renews. And I’ve found that the nature in this region, in turn, helps the soul renew.

I remember the time, some years ago, sitting on a grassy hillside in the remote Nemiah Valley, not far from where fishers cast flies into Chilko Lake, an emerald pool backed by the rugged Coast Mountains. Deer grazed in verdant meadows next to Nemiah Creek, amongst the aspen. A coyote trotted stealthily through knee-high grass, and a red-tailed hawk circled overhead on the thermal winds. Then something changed—the deer suddenly cautious, ears cocked. The coyote stopped in its tracks. I gazed down valley and saw a grizzly meandering through an open field, pausing now and then to claw the earth for fresh bulbs and sedges. This keystone creature had put its wildlife neighbours on alert. The whole ecosystem hummed with life.

Here in the heart of Xeni Gwet’in First Nations territory, the landscape in many ways is little-changed over the centuries, rich and untamed. Further west, back in the 1970s, petroglyphs were discovered beneath layers of moss and carved by unknown hands into boulders near Thorsen Creek, which flows into the Bella Coola River. It’s a haunting gallery of stories depicting frogs, ravens, human-like figures, and other images, only hinting at the complex and sophisticated spirituality of the Nuxalk people, indigenous inhabitants of the Bella Coola Valley. Indigenous presence runs deep here. 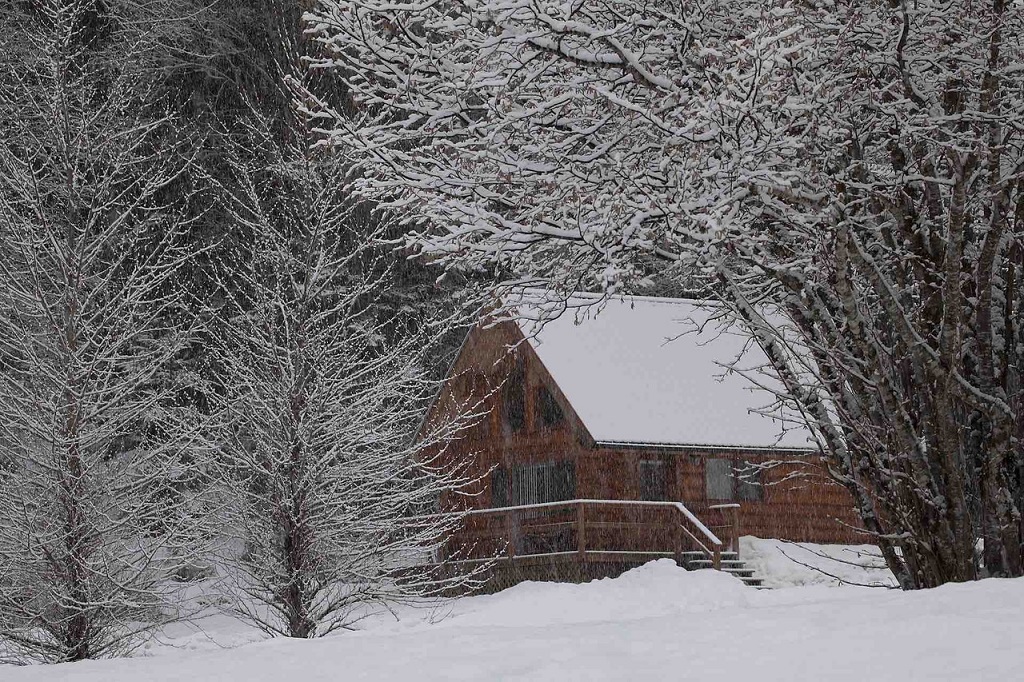 So does the pioneering spirit. Following a day of heli-skiing and fly-fishing, I sat relaxing in the great room of Tweedsmuir Park Lodge. Next to the giant river-stone hearth, I could sense the history. It takes serious get-up-and-go to build a tourist lodge in the wilderness, and Tommy Waker did it. In the late 1920s, he was working an office job with a big brewery in London. Bored and looking for adventure, he visited the Canadian immigration office and was told about a remote property near where the Atnarko River meets the Talchako to form the Bella Coola River. Walker decided to buy the land and build a lodge. He’s since passed away, but his legacy lives on under the ownership of Bella Coola Heli Sports and lodge manager Pete “the Swede” Mattson, a guy whose hearty laugh and booming voice fills the place with a lifetime of tales—some of them tall. 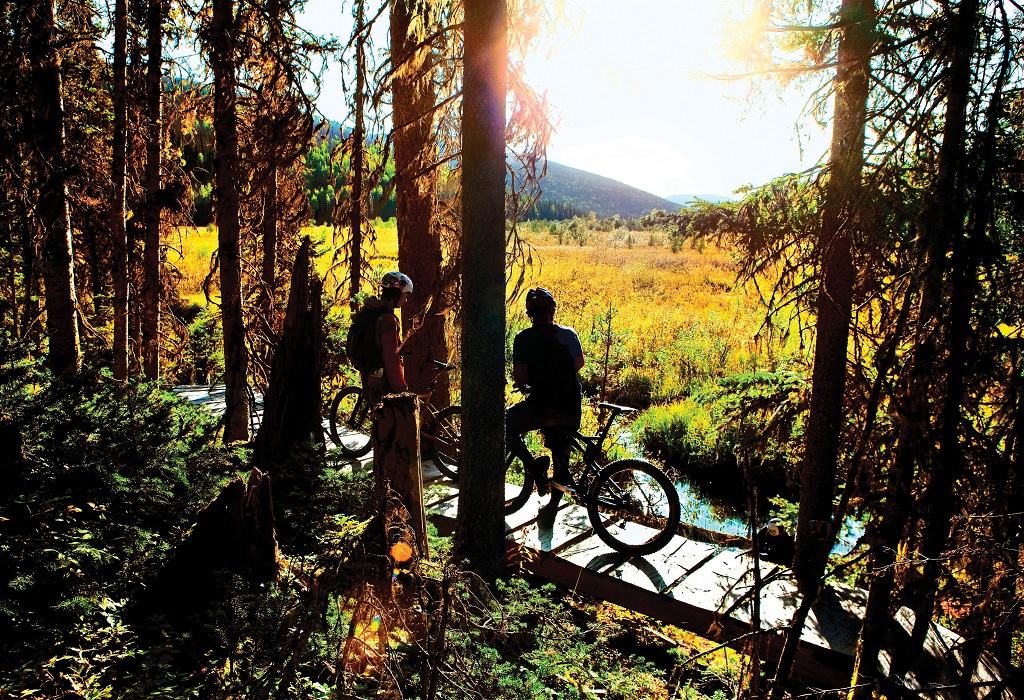 People with an adventurous spirit are drawn to Wells for hiking and biking. Photo: Thomas Drasdauskis

One September, as the deciduous trees turned golden, my adventurous spirit drew me to the tiny town of Wells, east of Quesnel, for the 7 Summits  Bike and Hike Challenge. Local, community-minded entrepreneur Dave Jorgenson launched the event years earlier with a cookie tin containing a bead at the top of each of seven different mountains. Those who claimed all seven beads earned a complimentary slice of cranberry cake at the Bear’s Paw Cafe. A token incentive, it was a clever way to motivate people to get out and explore the events and places that shaped the colourful gold-mining history of Barkerville and the area. So began a September tradition.

After the race, I joined other competitors at the Wells Community Hall for a showcase of the musical talent of this tiny community. The people who call this place home give rise to one of the region’s coolest summer cultural festivals, the ArtsWells Festival of All Things Arts. 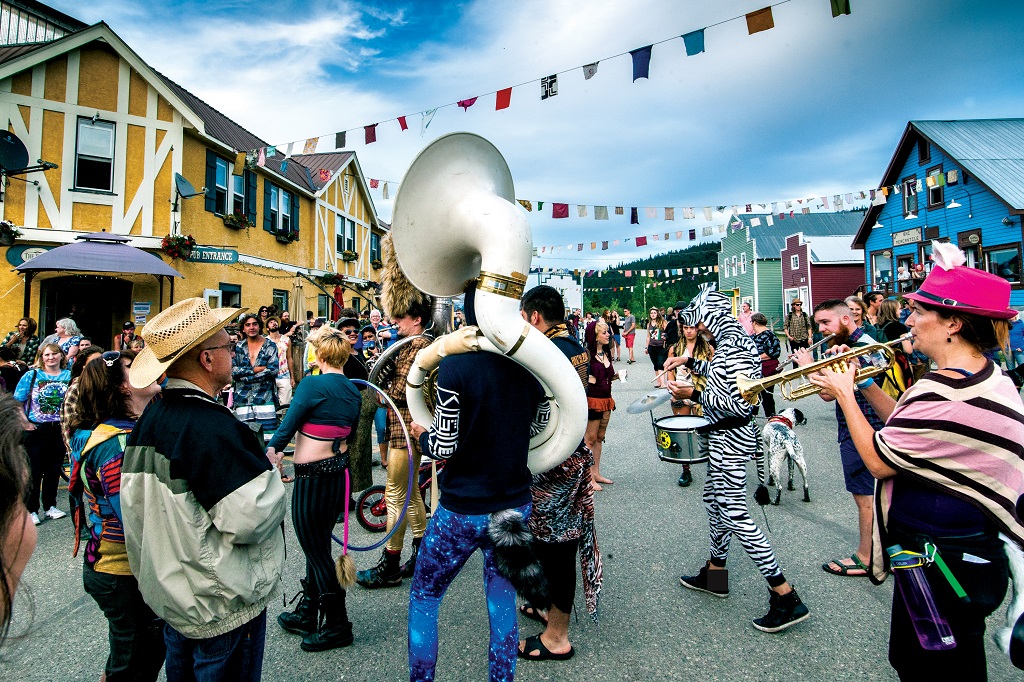 Wells has one of the region’s coolest summer cultural festivals, the ArtsWells Festival of All Things Arts. Photo: Thomas Drasdauskis

This landscape seems to breed people with bright ideas and a flair for the unique. I saw this again one spring when I ventured deep into the heart of cowboy and cattle country to Echo Valley Ranch & Spa, not far from where Big Bar Creek flows into the Fraser.

While I was enjoying a Thai massage in a structure that could have been airlifted from the Grand Palace in Bangkok, the sun set mauve over the Marble Range, and the head wrangler led a herd of horses out to the pasture. Just an hour earlier, I had watched a black bear there munching peacefully on the sedge and wildflowers. Owners Norm Dove and his Thai wife, Nan, successfully expanded my preconceived idea of the dude ranch experience, proving it can be much more than cowboy boots and Stetsons. 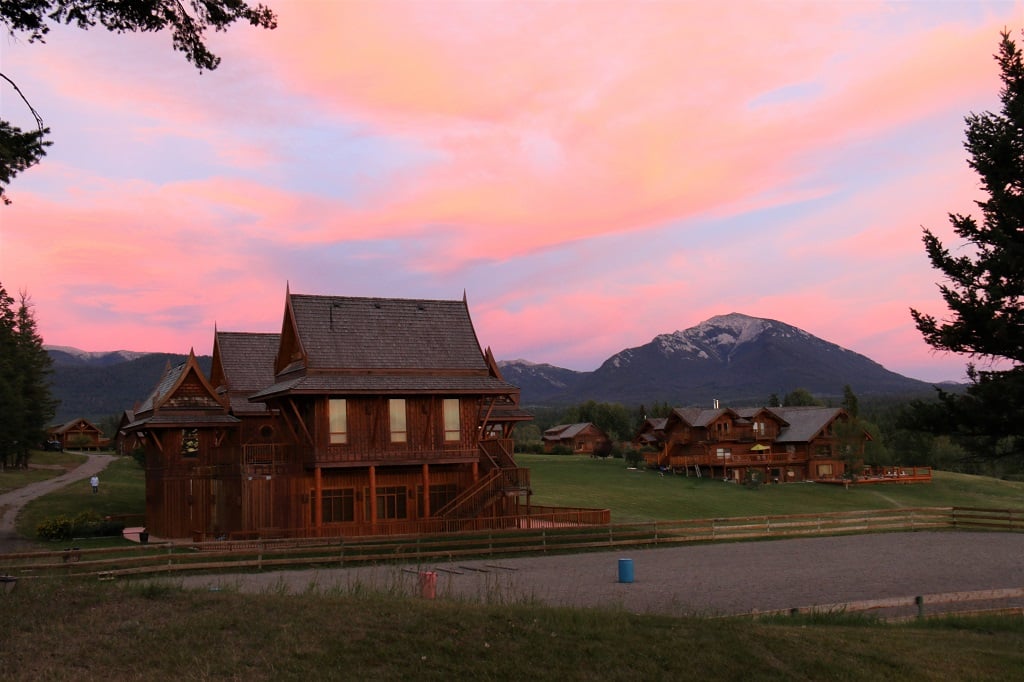 There’s something about the Cariboo Chilcotin Coast that gives dreams of doing something a little different room to grow. It’s where rivers and lakes teem with salmon and trout, mountains like Tweedsmuir Park’s Rainbow Range record geologic history in a kaleidoscope of colours, and wide-open skies unfold above rolling cattle ranches and homesteads. When you visit, the land and its people find a permanent place in your consciousness. I’ll find any excuse to return.