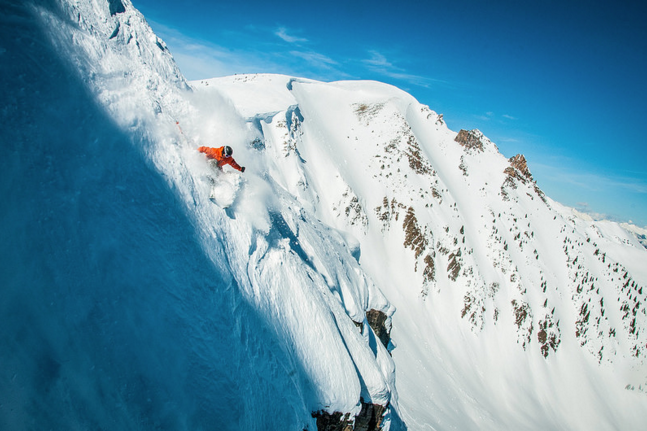 There was a time when Golden was barely on the ski map. Up until the end of 2000, the mountainous terrain around this railroad town was served exclusively by a small, weekend-only ski area named Whitetooth. It operated since 1986, and people had been backcountry skiing here for decades, but the name “Golden” was not on many skiers tongues outside the immediate area. Not until the Kicking Horse busted the town’s reputation wide open. 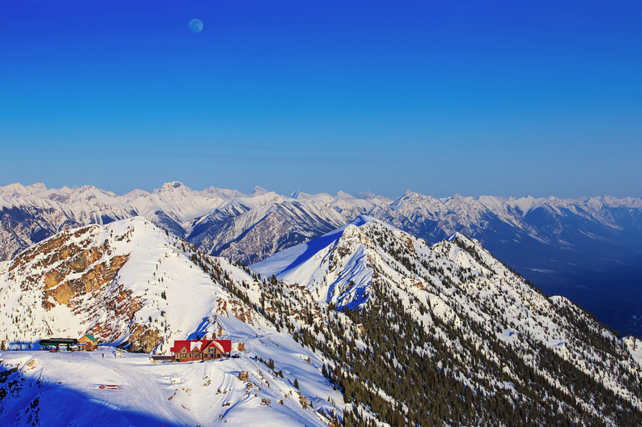 When Kicking Horse Mountain Resort opened in 2000, the ski and snowboard world noticed. They had to. With some of the steepest sustained fall lines, gnarly chutes, and some good old-fashioned powder bowl skiing, Kicking Horse came on like a wild animal. People now flock to the resort for serene panoramic vistas followed by rowdy, leg-burning descents. Of course, it’s not all hardcore. As with any ski resort in North America, there are options for families with kids, especially in the lower terrain grandfathered in from Whitetooth. And there’s also an easy, 10-kilometre (6 mile) run that goes all the way from the peak to base, so beginners aren’t restricted to the lower sections. In short, everyone’s welcome, but experts will fall in love a whole lot faster.

The resort is made up of 1,133 hectares (2,800 acres), four bowls, countless chutes, and a bunch of ridgelines. The big three ridges for skiing cool lines are named CPR, Terminator, and Redemption. There are only four lifts, so getting around is easy. It’s an explorer’s mountain. Get up there and root around. Everyone finds something. 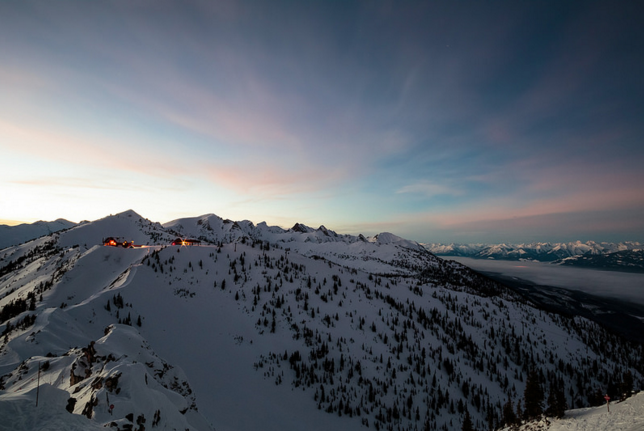 One of the qualities that makes Golden’s mountain town status shine so bright is its access to backcountry. Arguably, it’s the nexus of cat, heli and human-powered backcountry skiing and riding. With three heliskiing companies and one catskiing operation, the area knows how to make good use of the numerous ranges that come together here. Indeed, the first heli-skiing in the world went down in the nearby Bugaboo Range. Rogers Pass, an easy drive from town, also offers world-class backcountry. 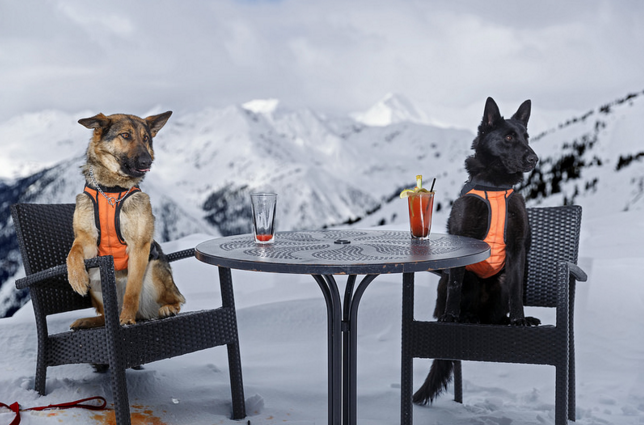 When the shredding’s done, the celebration begins. The Eagle’s Eye Restaurant at the top of the gondola is worth spending extra cash. Enjoy a drawn-out cocktail complete with as-far-as-the-eye-can-see mountain views, or splurge on a dinner. It’s an experience mostly found in European ski destinations. The town of Golden has a recent influx of great spots to stop for a drink and a bite to eat after a day of testing what you thought were strong legs.

In the morning, Purcell Coffee in town or the Double Black Café on the mountain are your best choices to get caffeinated. For lunch or dinner, the Cedar House is known for upscale urban fare, and Eleven22 is a relatively affordable local’s favourite that does dinner right. Don’t miss it. As for après, the Riverhouse Tavern is a pub that some might call a dive bar, and others might call perfect. The Golden Taps is another simple, cozy pub with good beer. Drink the local stuff. It’s better. Also, be sure to open up to the locals. They love their little ski town and are proud to talk about it. They should be.