August is here, and that means that the chinook salmon are starting to arrive in Valemount and Mount Robson. These incredible fish make the 1300-km (800-mi) journey upstream from the ocean in order to return to the place of their birth to spawn. The chinook is the largest species of pacific salmon, and they are the only ones strong enough to make the long journey to the spawning grounds along the upper Fraser River. The Fraser River salmon run is the second longest salmon run in the world, and from mid-August to mid-September these massive fish – some reaching sizes of over 1.2 metres (4 feet) in length – can be viewed in the Mount Robson area.

About the Chinook Salmon 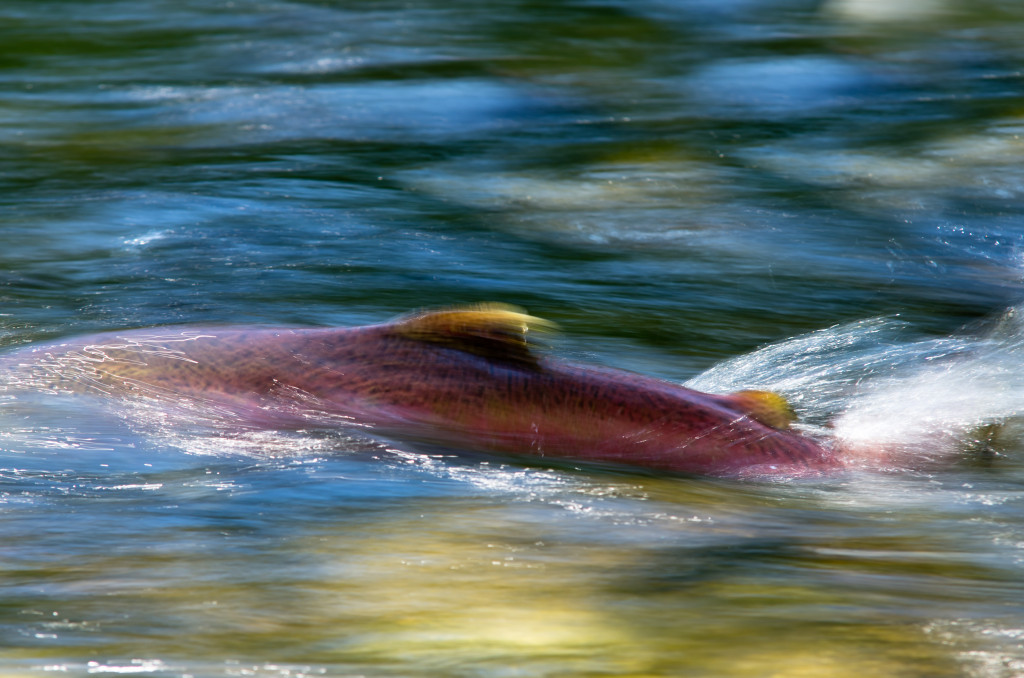 A Chinook salmon making its way up stream. Photo: #ODF via Flickr

The chinook begin their three-month journey in early spring and work their way upstream, using their powerful tail muscles to propel them to the river or stream of their birth. Throughout this time the salmon do not eat, losing up to a third of their body mass by the time they reach their destination. The salmon leaving the ocean are usually between seven and nine years of age. The journey to the spawning grounds is one of the last things an adult chinook will do in its lifetime; after spawning, the fish die and their bodies provide nutrients for local fish, bird and mammal populations.  If you are interested in learning more about the chinook salmon, the Valemount Visitor Centre offers free interpretive programs every evening beginning in early August.

Where to Spot the Chinook Salmon 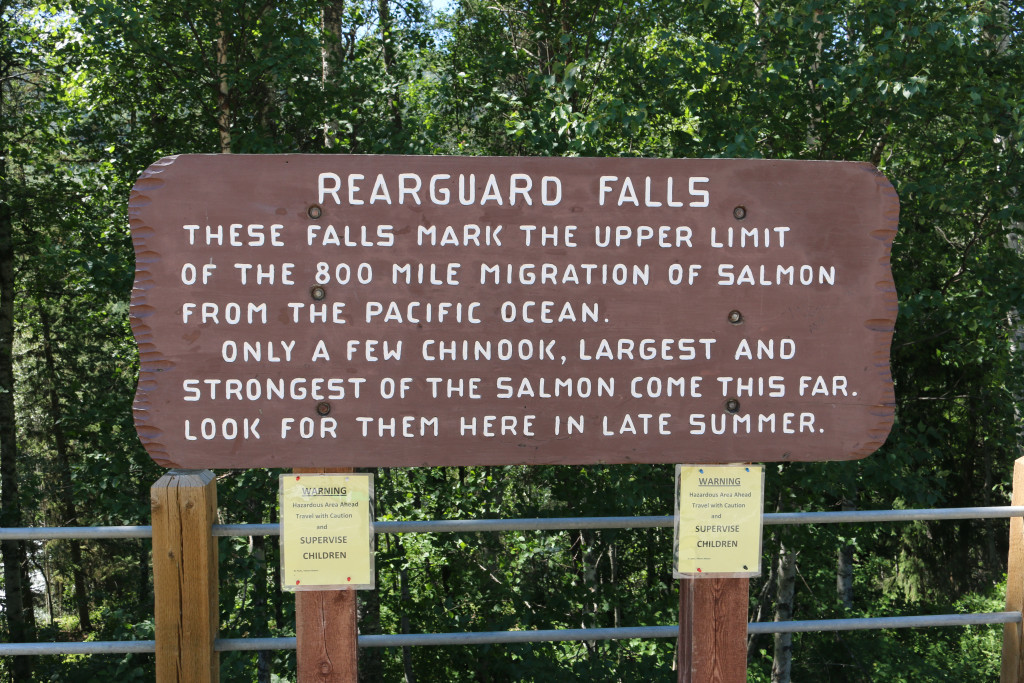 The entrance to Rearguard Falls. Photo: -JvL- via Flickr

There are several great viewing areas in the Robson Valley where you can see the chinook spawning. In Valemount, the female salmon can be seen digging their nests, called redds, in the Swift Creek streambed in preparation for laying their eggs. Rearguard Falls is located 24 km (15 mi) northeast of Valemount, and it is the best place in the area to see jumping salmon. A short hike down to the Fraser River provides an outstanding view as these amazing fish fight through the churning waters in an attempt to reach the spawning areas above the falls. The fish are most active in early morning and evening when it is cooler.

If you are looking for a unique way to view the salmon run, rafting down the Fraser River is the way to go. Mount Robson Whitewater Rafting and Stellar Descents offer scenic float trips, where you can relax and enjoy breathtaking scenery as you float down the river, getting great views of the spawning salmon along the way. These tours also provide an excellent opportunity to see some of the myriad wildlife that comes out to feed on the salmon near the end of the run. Bald eagles, osprey, bears and even deer come out to feed on the bodies of the salmon as they complete their spawning and are washed up along the banks of the river. For more information about where to see salmon, or for assistance booking one of these amazing tours, stop by the BC Visitor Centre at Mount Robson. 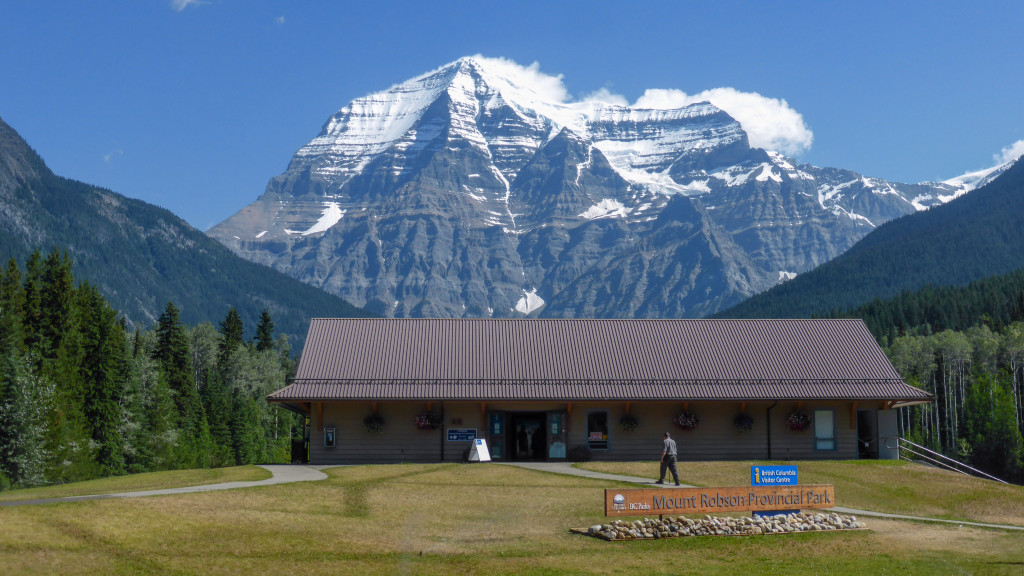 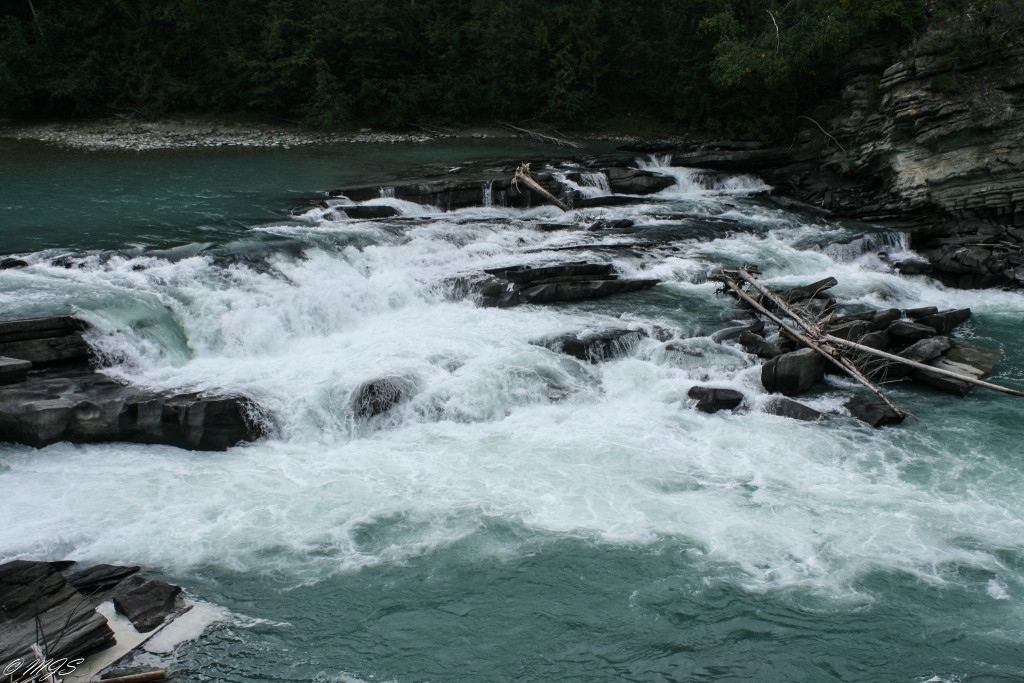 Rearguard Falls – the end of the salmon migration up the Fraser River. Photo: mjsmith01 via Flickr

The safety of the salmon during this crucial part of their life cycle is very important, as is the preservation of the spawning areas. When viewing, stay back from the water as shadows frighten the fish away from their nests, and stay out of the water as this could damage the nests and the eggs that have already been laid. Keep pets on a leash and out of the water, and do not throw anything in the water or at the salmon. Any harm to the spawning area or the salmon can have serious effects on the salmon runs for many years in the future.