The mystical islands of Haida Gwaii are steeped in the ancient culture of the Haida First Nation, filled with old-growth rainforest and surrounded by an incredibly rich marine environment. Follow Vancouver Island based freelance photographer Kyler Voss (@kylervos) as he spends two weeks in this magical place. 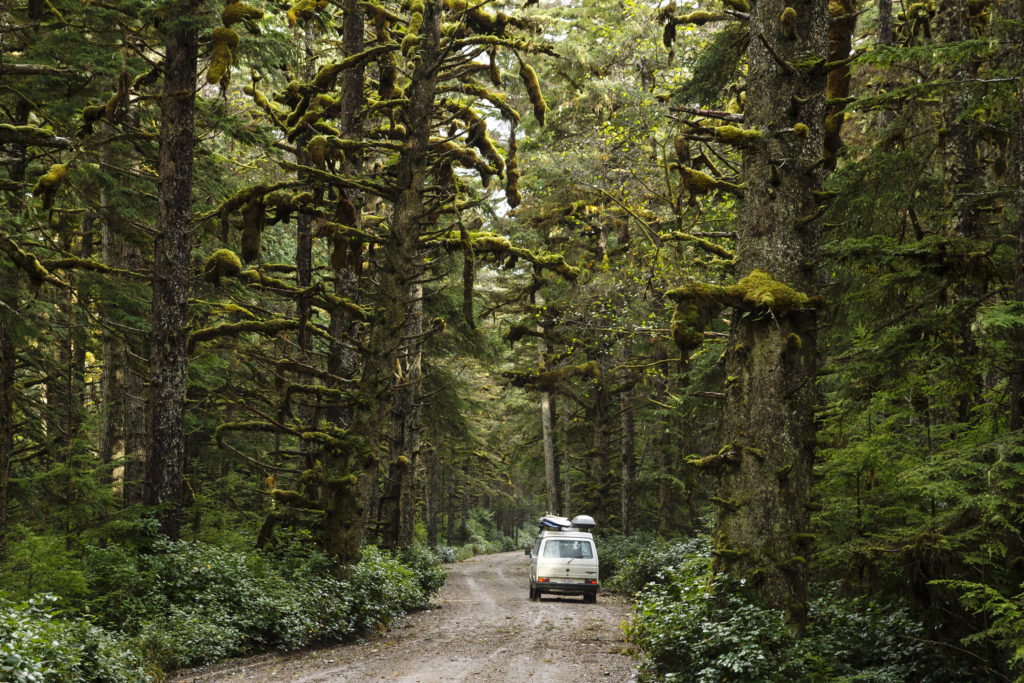 “Driving north from Masset to Rose Spit, the Toe Hill Road changes from cement to gravel, and ends with miles and miles of beach for those willing to test the tides. Here the road narrows and bends through the mossy-covered old growth forest, creating a thick canopy overhead. It was a well-travelled road on this trip, as every morning consisted of coffees and surf checks.” 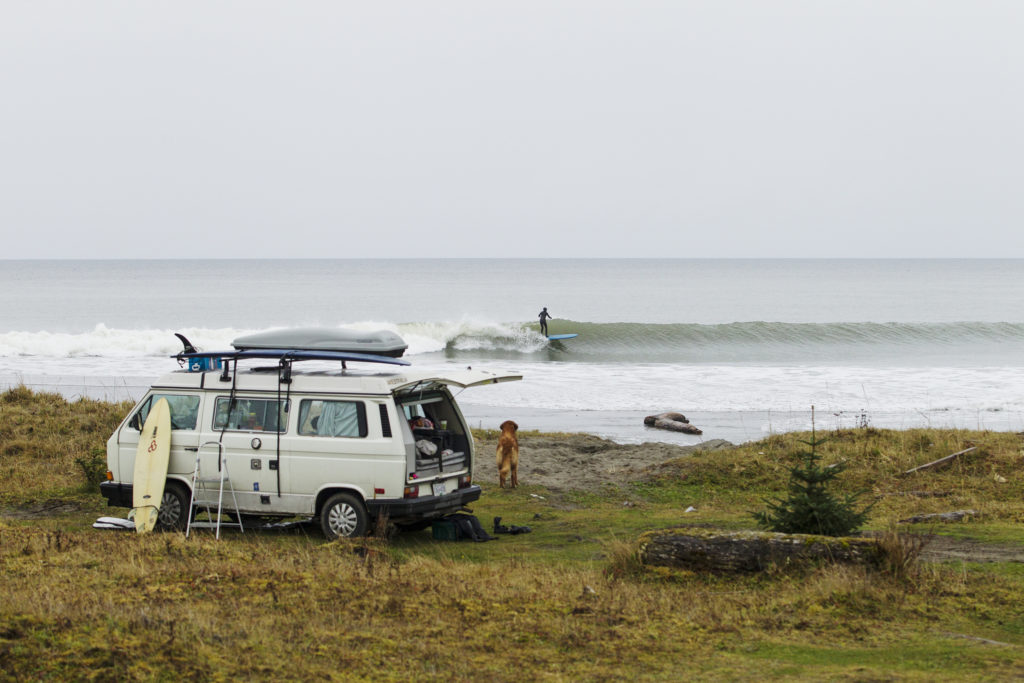 “Although growing fast, Haida Gwaii has a small surf scene, and with the vast number of beaches, we had many surfs all to ourselves. This point on North Beach was our favourite spot to set up camp.” 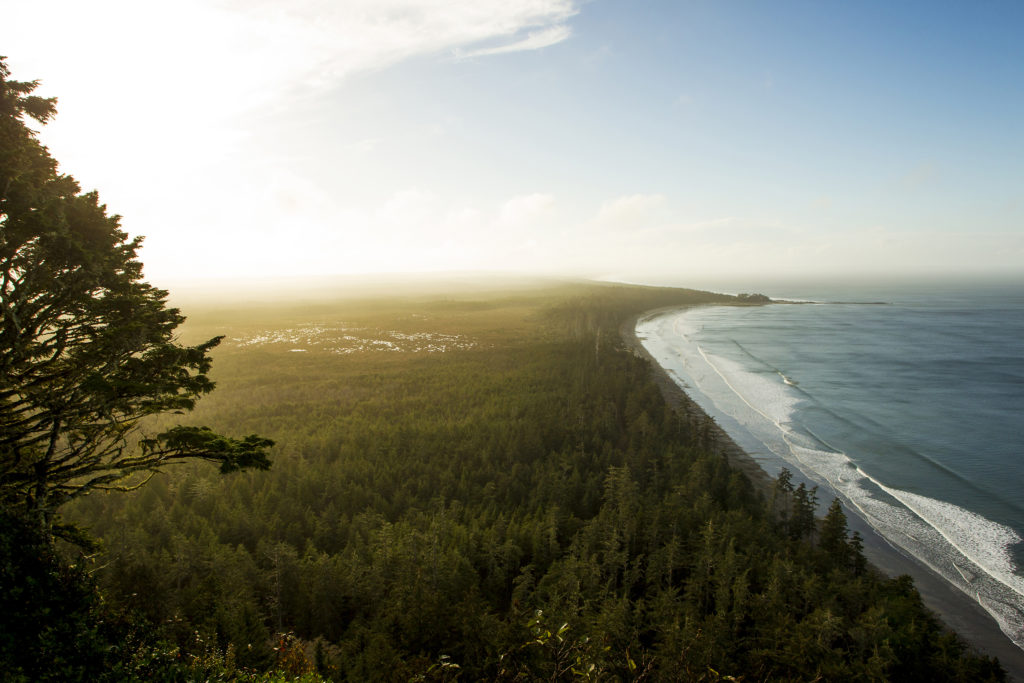 “The Tow Hill Hike located at the mouth of the Hiellen River is an easy half hour hike that brings you to a west-facing lookout towards Naikoon Point. On clear days you can see all the way to Alaska when looking north.” 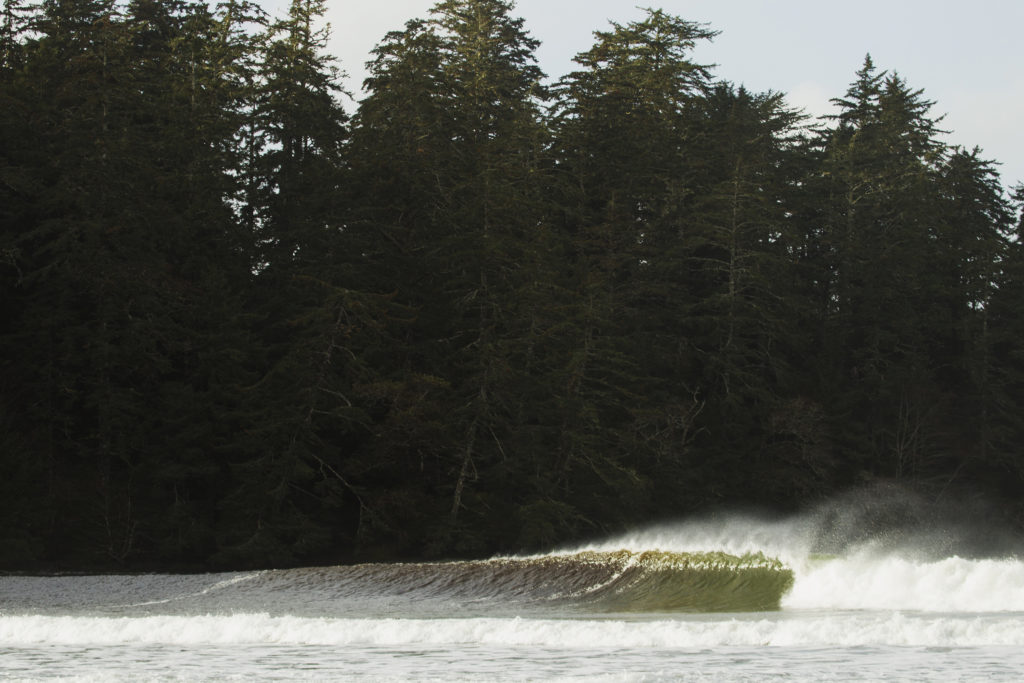 “The surf in Haida is very tide reliant. With up to 24-foot (7-metre) tides, some spots have tiny windows where the waves will turn on. This river mouth is one of those waves; you can see the white tide line separating the green salt water from the rusty brown river water.” 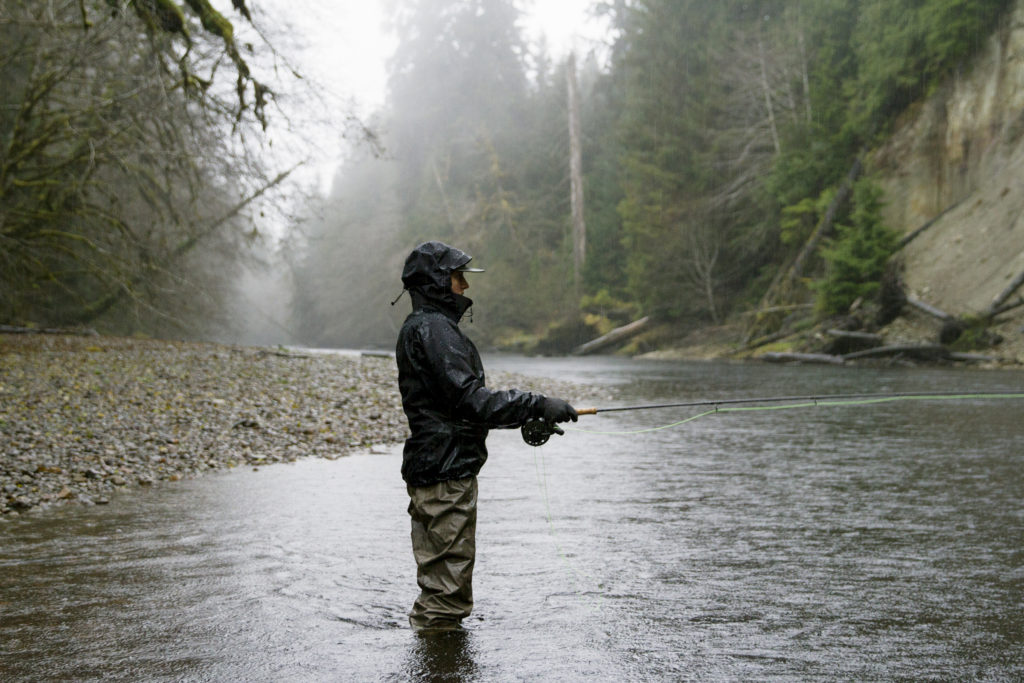 “After an hour of dodging potholes and oncoming logging trucks, the Yakoun River is a short hike through open mossy old growth with deer trails guiding you to pristine fishing holes.” 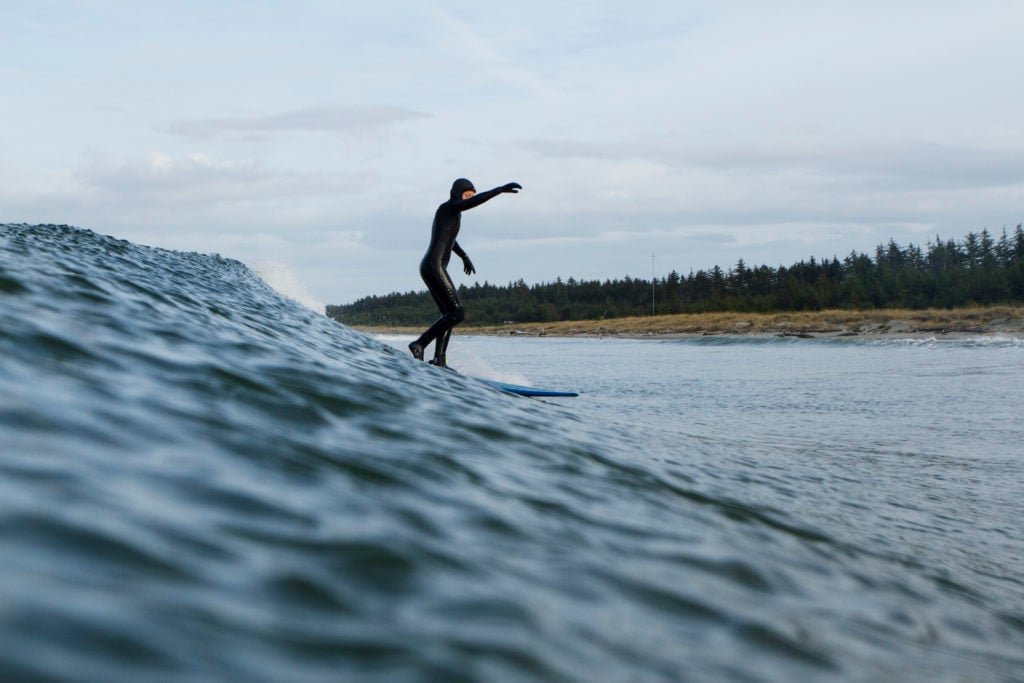 “Haida locals are some of friendliest people I have ever met. They will gladly point you in the right direction to any surf spots. We were lucky enough to be in town for an awesome community event called the North Beach Expression Session. The whole community came out to provide lessons for the kids, surf, and cheer one another on. This was a perfect example of the positive surf culture that we experienced on Haida Gwaii.” 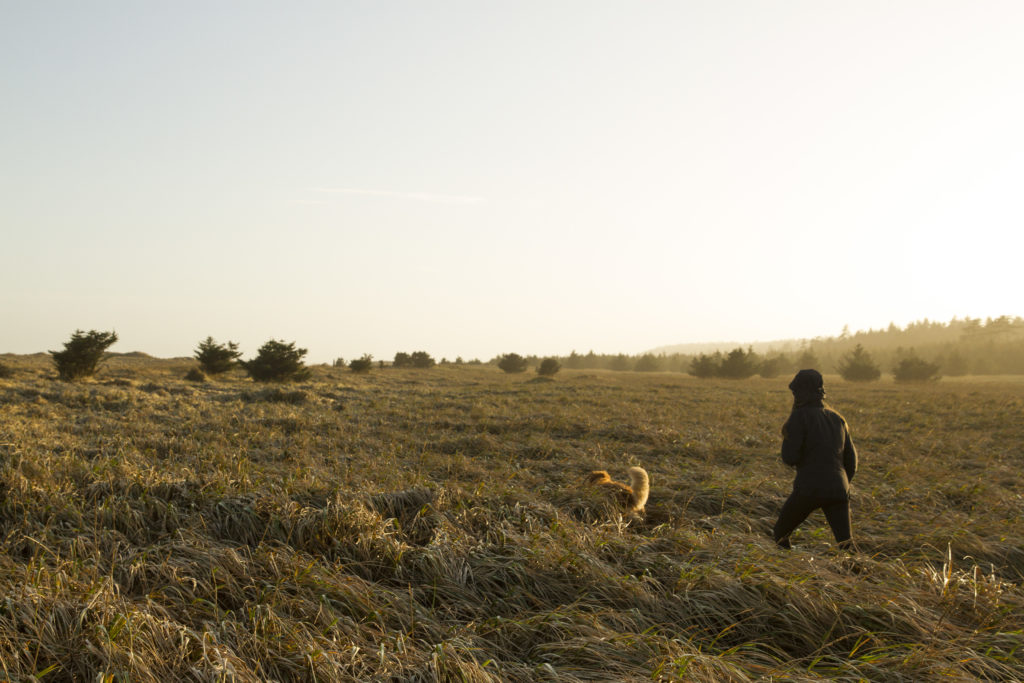 “At the farthest northern point of Graham Island, Rose Spit boasts an entirely different landscape. Our van wasn’t up for the miles of beach travel, so we were lucky to have a friend @escottsportfishing take us out for an adventure through the windblown grasses on the spit.”

Kyler Vos is a Vancouver Island-based freelance photographer who resides in Tofino. He spends his time shooting surf, landscapes, and wildlife around Clayoquot Sound and its surrounding coast, while also running his own small photo gallery in Tofino. For the past five years, Kyler has spent a significant amount of time on Haida Gwaii, taking photos for a variety of surf and fishing-related trips. His most recent visit to Haida Gwaii this past November was a little different than the rest. He spent two weeks driving around Graham Island in his Volkswagen van with his wife @jaymeewood and their dog Norman on their winter honeymoon.