Where is your favourite place to experience the ocean in BC?

BC is blessed with 25,725 kilometres (15,984 miles) of stunning coastline, from soft sandy beaches to dramatic, rainforest-draped cliffs descending straight into the ocean. Our oceans offer outstanding opportunities for wildlife viewing, with whales, dolphins, seals, sea lions and otters in abundance. The fishing off the coast of BC is the stuff anglers’ dreams are made of, and our waters are a mecca for cold-water divers. Kayaking and boating in remote areas full of waterfalls and coastal hot springs makes for an unforgettable experience. We recently asked our Facebook fans for their favourite place to experience the magic of BC’s oceans, and here are their top five: 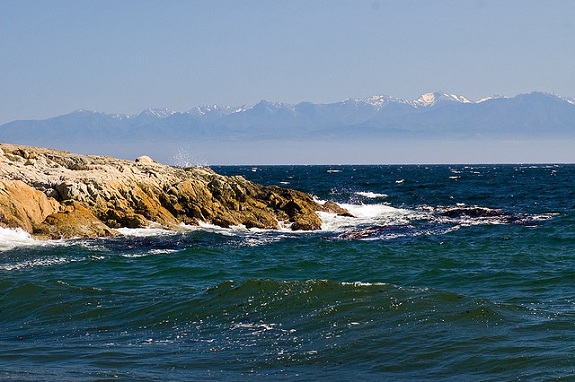 In the number five spot are the many local beaches in and around BC’s capital city. Victoria beaches run the gamut from sandy coves to rocky bluffs, and all offer a scenic escape from the city. In addition to its many beaches, this gorgeous oceanfront city offers many ways to get out on the water: join a whale watching tour right from the bustling Inner Harbour, take a stroll along iconic Dallas Road, kayak in Victoria’s calm, sheltered waters, or take a guided sightseeing trip on a harbour ferry for a unique tour of the city. 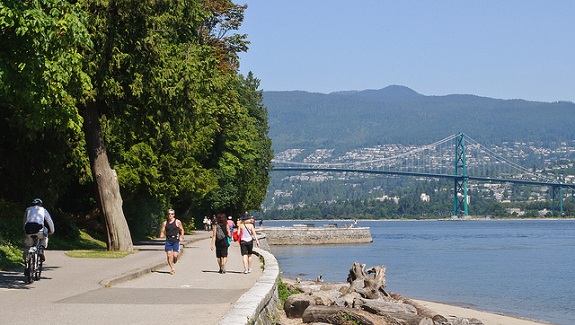 Next on the list: Vancouver. Like Victoria, Vancouver offers a ton of ways to take advantage of the city’s stunning coastal location, from whale watching excursions to kayaking to harbour tours. Vancouver’s kilometres of sandy beaches become a way of life in the summer, and it is not uncommon to see people commuting to work via harbour ferry. One popular Vancouver spot to enjoy the ocean mentioned in our Facebook poll is from the magnificent Stanley Park Seawall. 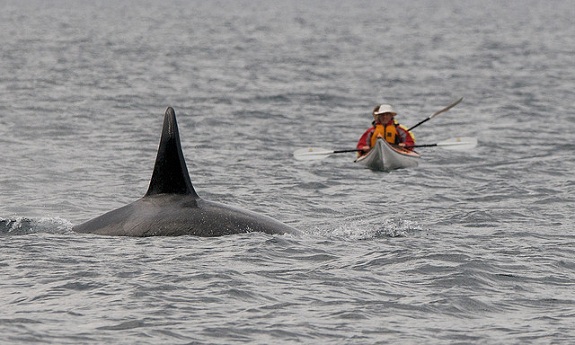 Kayakers having a close encounter with a whale in Johnstone Strait. Photo: Winky via Flickr

Our fans’ number three choice, this well known spot off the northeast coast of Vancouver Island is renowned as one of the top places on the planet to view Orcas. Commercial whale watching tours leaving from Telegraph Cove, Port McNeill and Alert Bay take you straight to the action, and many have on-board naturalists to enhance your trip. Our fans mentioned the incredible experience of kayaking with the Orcas as one of the area’s major draws.

Haida Gwaii. Photo by Destination BC

In at number two is Haida Gwaii, an archipelago off the coast of Northern BC known for its pristine natural environment and the ancient culture of the Haida First Nation. The waters surrounding these revered islands are teeming with marine life. Visitors to the islands experience incredible fishing, unforgettable kayaking along a coastline covered in lush rainforest, and strolling along beautiful beaches that go on forever. 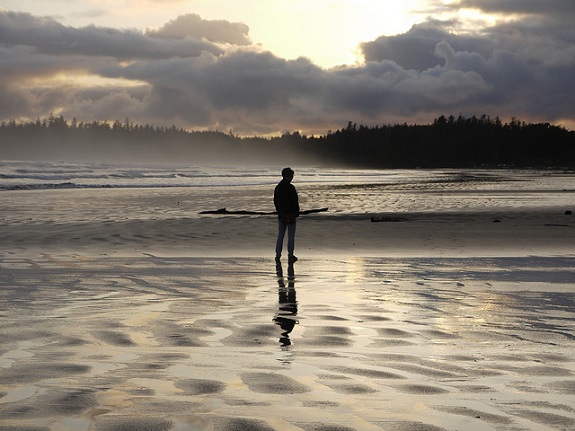 Our fans’ number one choice is the always popular Tofino and its close neighbour Ucluelet, located on the west coast of Vancouver Island. The area comes alive in the summer with people enjoying the ocean in a variety of ways: surfing, whale watching (this is a great place to see thousands of grey whales migrating), kayaking, fishing and beach combing. Long Beach, located between the two communities, was noted by Facebook fans as a place not to be missed. In the winter, these same picturesque beaches are a popular storm-watching destination.