The Nanaimo Bar is a famous sweet treat known for its chocolate-y, cookie-graham base; its creamy, buttery custard centre; and its deliciously rich, chocolate finish. In fact, this treat is so popular among locals and visitors that Tourism Nanaimo has researched and posted all the options on their site.

No one really knows the true origin story of the Nanaimo Bar: the first known published recipe showed up in a 1952 Auxiliary cookbook simply as “Chocolate Square.” The next year, the first published use of the name “Nanaimo Bar” was used in Edith Adam’s Cookbook. In 1986, Nanaimoite Joyce Hardcastle won title of best Nanaimo Bar recipe in a baking contest. To date, Joyce’s recipe remains the official Nanaimo Bar recipe! 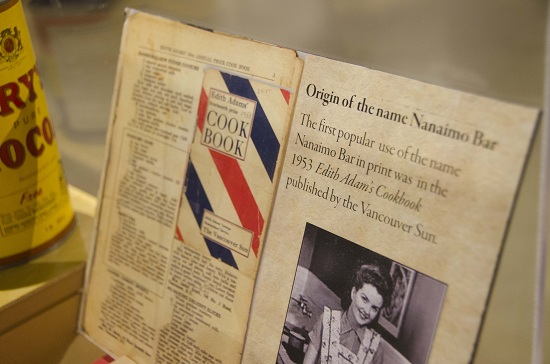 The classic Nanaimo Bar is made with a base consisting of chocolate graham wafers, coconut, and either almonds or walnuts. The middle layer uses Bird’s Custard for that sweet, vanilla cream, and solid chocolate tops it all off! There are a number of  businesses that offer this classic variation including McLean’s Specialty Foods, Perkins Coffee Company, and Serious Coffee (Downtown and Hammond Bay locations). If you’re looking for the quintessential, classic, iconic treat, these are your top spots.

Real Food Fast makes the one-of-a-kind Nanaimo Bar Cake (that’s not too sweet!). For a quick bite, pop in to A Wee Cupcakery for the Nanaimo Bar cupcake! This treat uses the traditional (although nut-free) Nanaimo Bar base layer underneath its deliciously decadent Dutch cocoa cupcake. Bird’s custard buttercream frosting tops this delight. 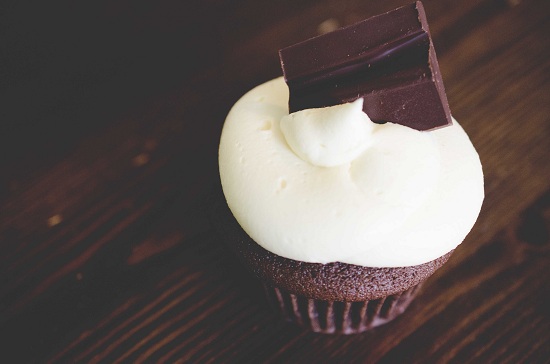 If cheesecake is your choice dessert, check out Minnoz Steak & Seafood or Longwood Brew Pub to satisfy your craving. You’ll swoon once that dense cheesecake, combined with that iconic taste, hits your lips. Simply mouth-watering!

Summer is made for ice cream, and these following treats offer a twist on the traditional Nanaimo Bar! Jakeob’s Ice Cream Parlour serves up a delectable Nanaimo Bar Sundae and Living Forest Campground has created the Nanaimo Bar Milkshake – available in the summer months only, it’s the perfect way to cool down on a hot summer’s day!

Don’t have a sweet tooth, but still want a little something to satiate your curiosity? Try Rocky Mountain Chocolate Factory’s handcrafted Nanaimo Bar Fudge for a bite-size treat! If chocolate is your kryptonite, look no further than Cherub Chocolate and Chocolaterie Bernard Callebaut! 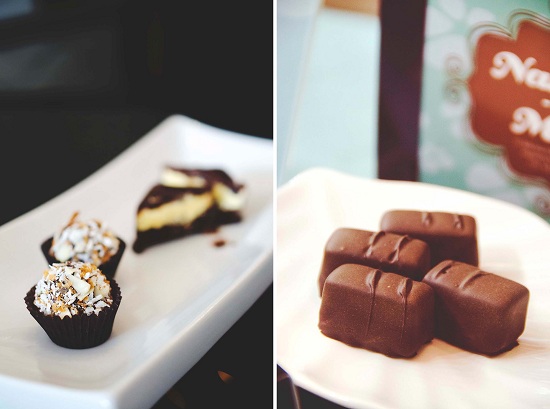 Head downtown to Modern Café, or the Grand Hotel to try any of their delicious Nanaimo Bar-themed beverages. If you’d like to try a non-alcoholic interpretation of the Nanaimo Bar, Tea Desire makes a hot and cold Nanaimo Bar Tea Latte.

Serious foodies and adventurous eaters: you’ll want to check out some of these unusual, unexpected, but downright tasty twists! CJ’s Nanaimo Bar Cinnamon Bun is not your average cinnamon bun, while Pirate Chips offers a deep-fried version of the Traditional Nanaimo Bar! Noodlebox offers a Nanaimo Bar Spring Roll while Smokin’ George’s makes a bacon-topped Nanaimo Bar! So rich, so salty, so sweet – and I mean, come on… bacon. Need I say more? 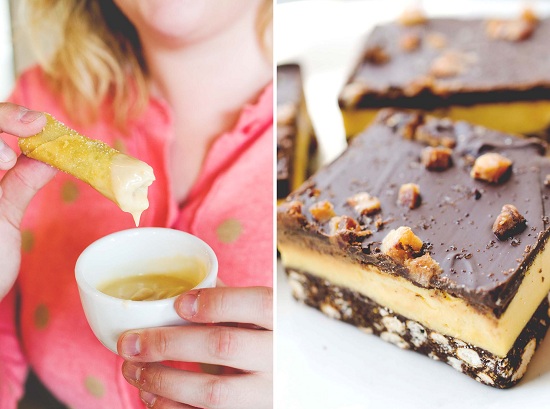 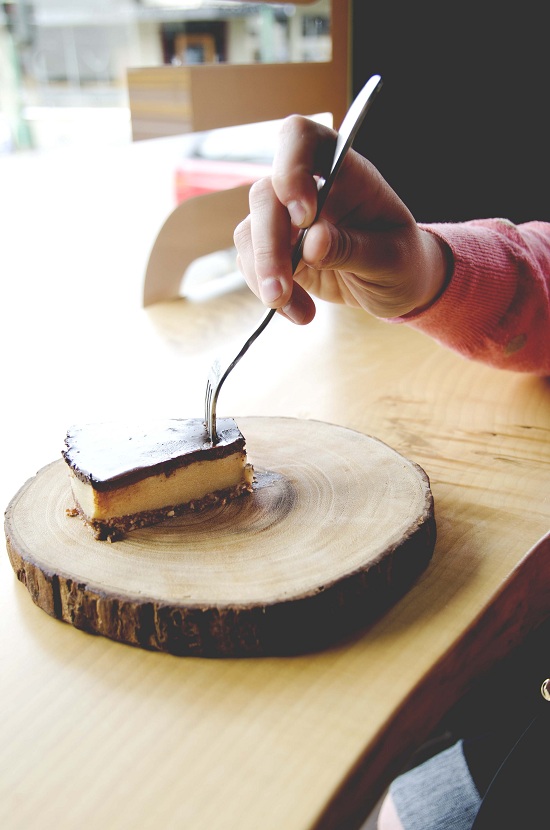 Of course, if you don’t have that much of a sweet tooth but still want to enjoy the Nanaimo Bar, you can visit a number of places who offer non-edible options! For example, Kiyo Salon & Day Spa offers a heavenly Nanaimo Bar-themed pedicure! If you’re looking for a souvenir, stop in at Tourism Nanaimo’s Visitor Centre and pick up one of the Nanaimo Bar Tea Towels featuring Joyce’s original Nanaimo Bar recipe. For more about the Nanaimo Bar history, stop by the Nanaimo Museum to see their exhibit, complete with Nanaimo Bar stools! 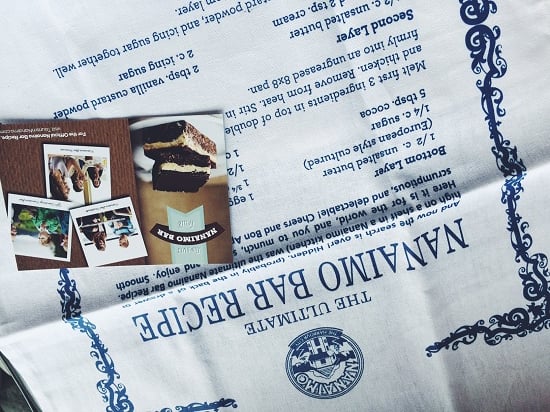