This spring, Vancouver-based photographers Shayd Johnson and Nathaniel Atakora Martin set out on a week-long road trip up the east coast of Vancouver Island, as far as Cape Scott Provincial Park on the Island’s northern tip. Along the way, they explored the waterfront communities of Telegraph Cove, Port Hardy, Sointula and Alert Bay. Below, see some of their favourite images from the journey.

After sailing with BC Ferries from Horseshoe Bay, north of Vancouver, to Nanaimo, on the Island’s east coast, Shayd and Nathan made the four-hour drive to Telegraph Cove, a picturesque community built on stilts known for its outstanding whale watching opportunities. 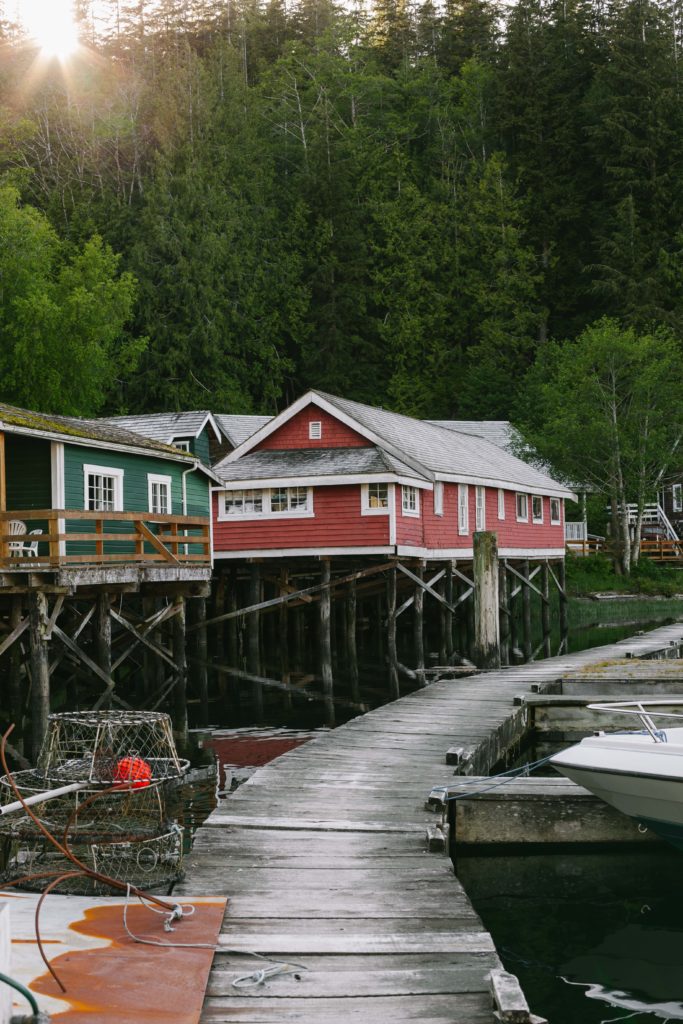 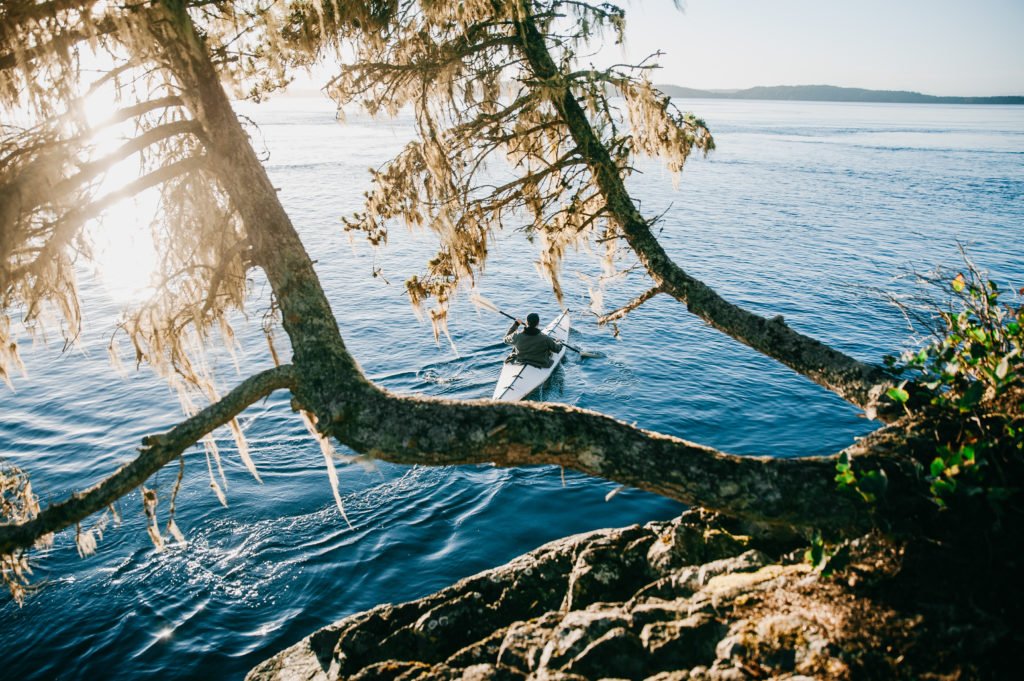 “Soaking up the last few rays of sunshine in the calm waters of Telegraph Cove.”

Their second day was spent on tour with Sea Wolf Adventures. The tour included a salmon BBQ lunch on a remote beach, and a visit with First Nations carver Calvin Hunt. 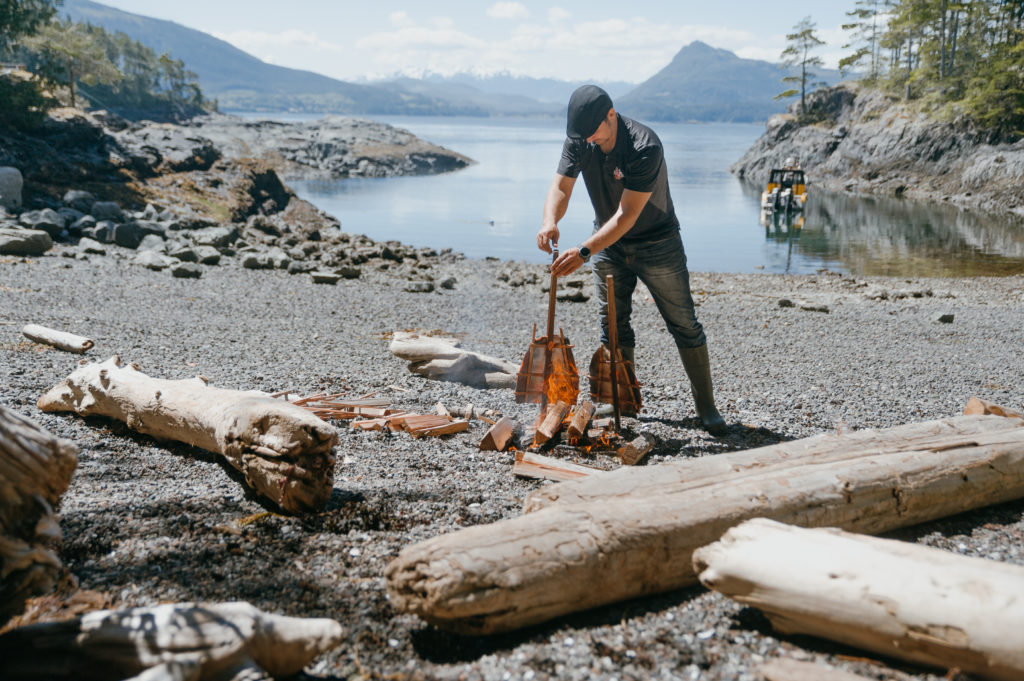 “Our guide, Mike Willie, carefully prepares some freshly caught salmon. The fish is gutted and flayed and then pinched between small cedar planks before being smoked over the fire.” 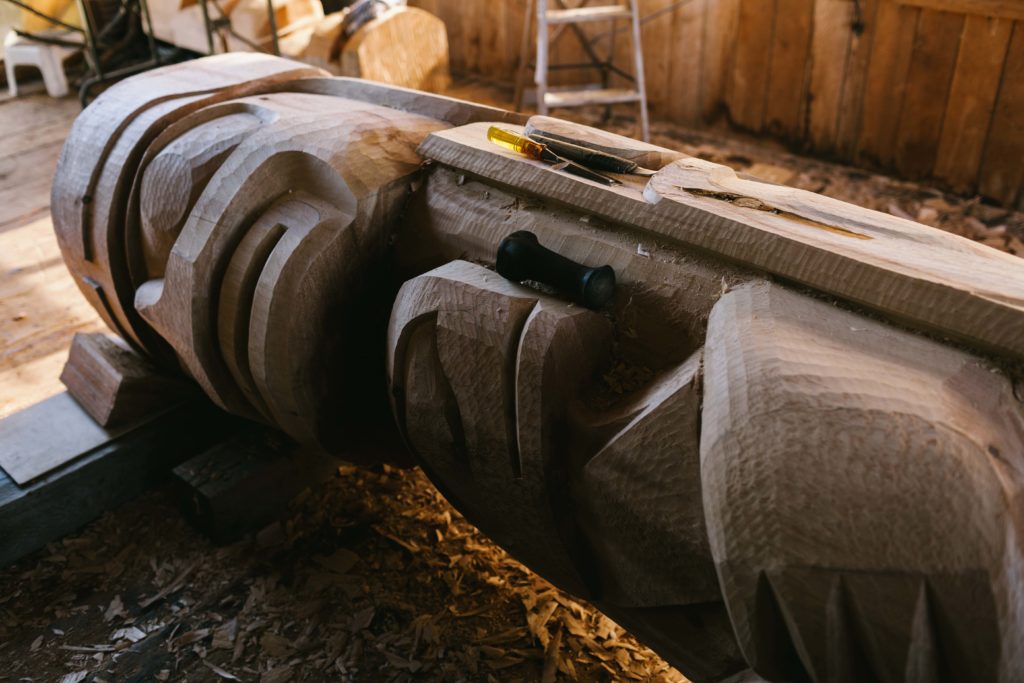 “A totem in the making by Calvin Hunt in Port Hardy.”

Day three started with a ferry crossing to Malcolm Island and the tiny community of Sointula, originally established as a utopian society by a group of Finnish settlers. 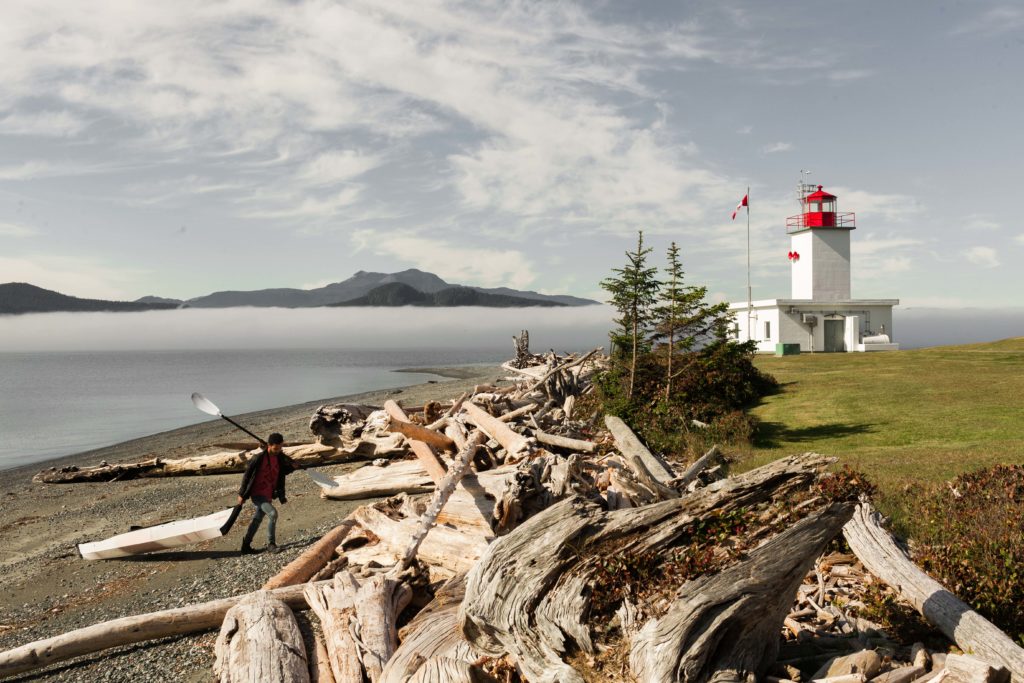 “Landing on the shores of an active lighthouse on Malcolm Island (Sointula).”

Day four began with another ferry crossing, this one to Alert Bay on Cormorant Island. Alert Bay is known for its First Nations culture, and for the highly respected U’mista Cultural Centre. 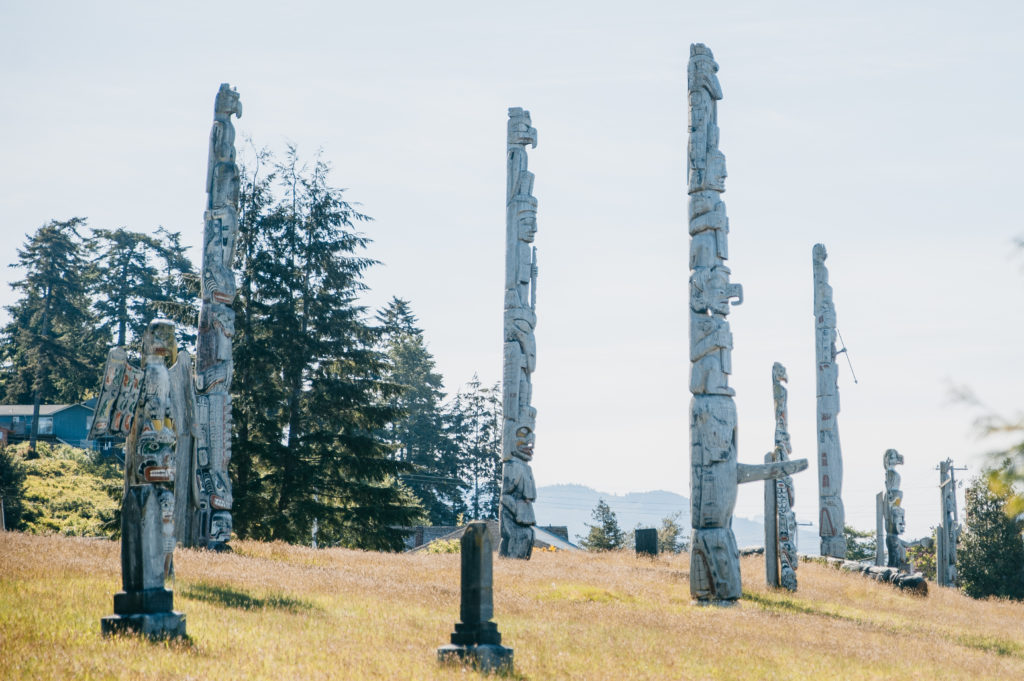 “Each of these totem poles serve as a record of an individual’s identity and ceremonial privilege. When the totem grows old and falls to the ground its purpose has been served and a new one should take its place.” 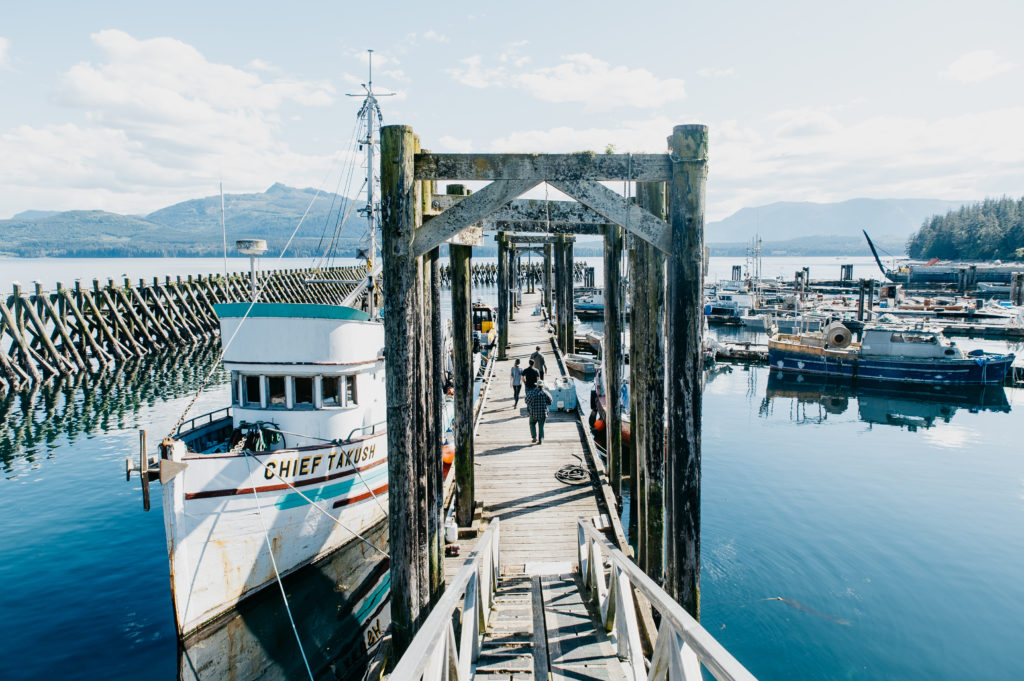 “Warm sunny days and salty sea air. Alert Bay is a special place where time seems to slow down and every moment seems notable.”

Next on the agenda was a two-night camping trip in Cape Scott Provincial Park, home of the challenging Cape Scott Trail. 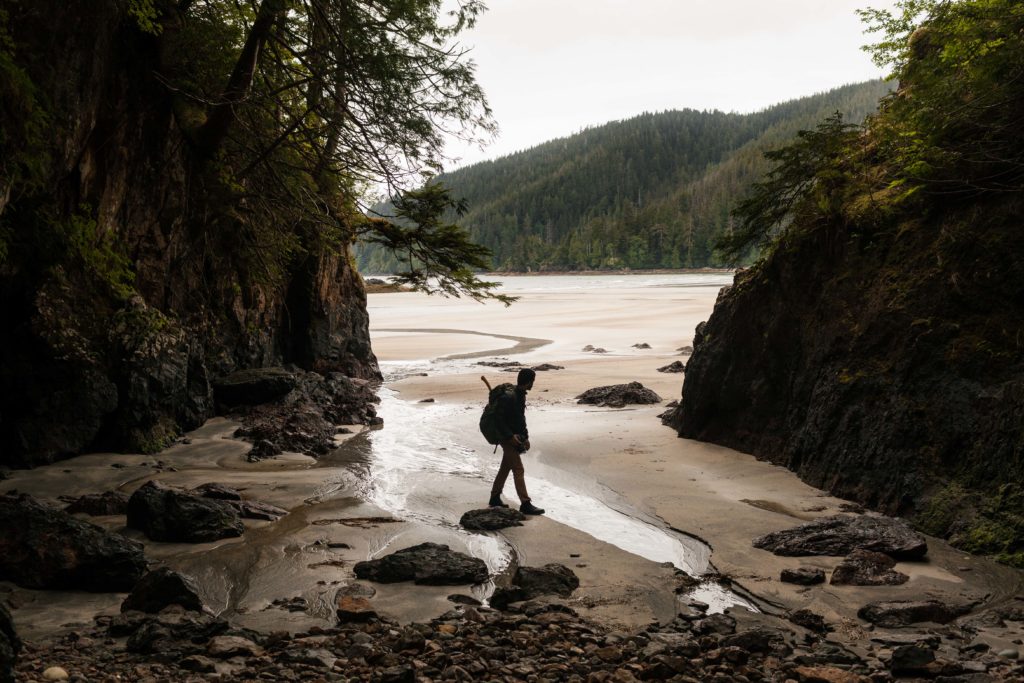 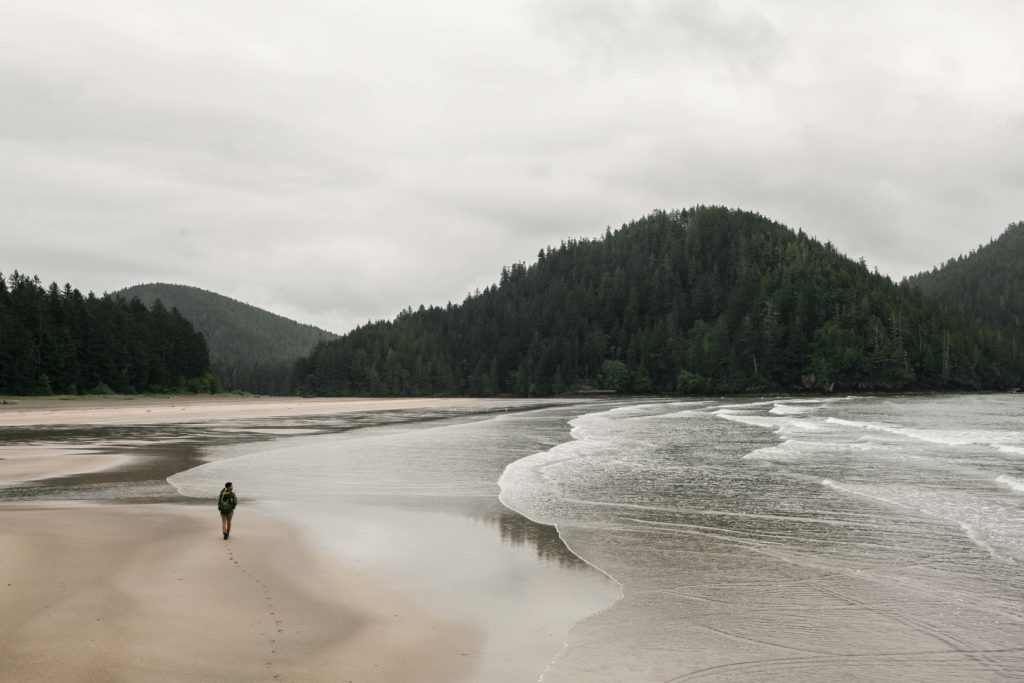 “The vast and empty beaches of the northern island (San Josef Bay).”

And the trip concluded with a two-hour flightseeing excursion over Cape Scott with Wilderness Seaplanes. 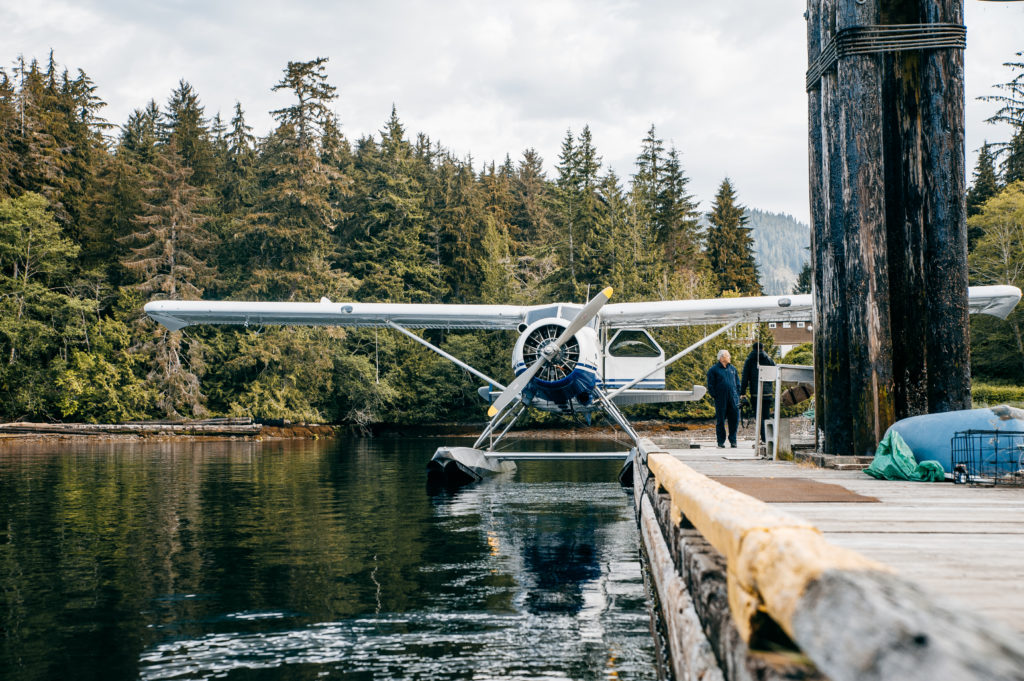 “A quick pitt stop before flying over Cape Scott and taking in the rugged coastline of the Northern Island.”

For more of Nathan’s and Shayd’s adventures, follow along with them on Instagram at @nathanielatakora and @xshaydx. Learn more about how to explore BC this summer at ExploreBC.ca, and be sure to tag your BC photos with #exploreBC.