When visitors travel to British Columbia, one thing is always sure to be on the menu: sweet, succulent salmon from the clear streams and briny seawater of this rugged coast.

This pink-fleshed fish leads a fascinating life. Born in fresh water, it migrates to the ocean hundreds of kilometres away, then returns years later to its spawning grounds to reproduce. Along its epic journey, it attracts the attention of both sport and commercial fishers and, of course, hungry diners.

Uniquely, BC is home to five indigenous species of wild salmon, including the grand Chinook (also known as spring, king, or Tyee), which can weigh in at more than 50 kilograms (110 pounds), and the highly prized sockeye, with its deep red flesh and intense flavour.

Whatever the species, salmon is delicious prepared in a myriad of ways. Here are seven of our favourites, and where to try them. 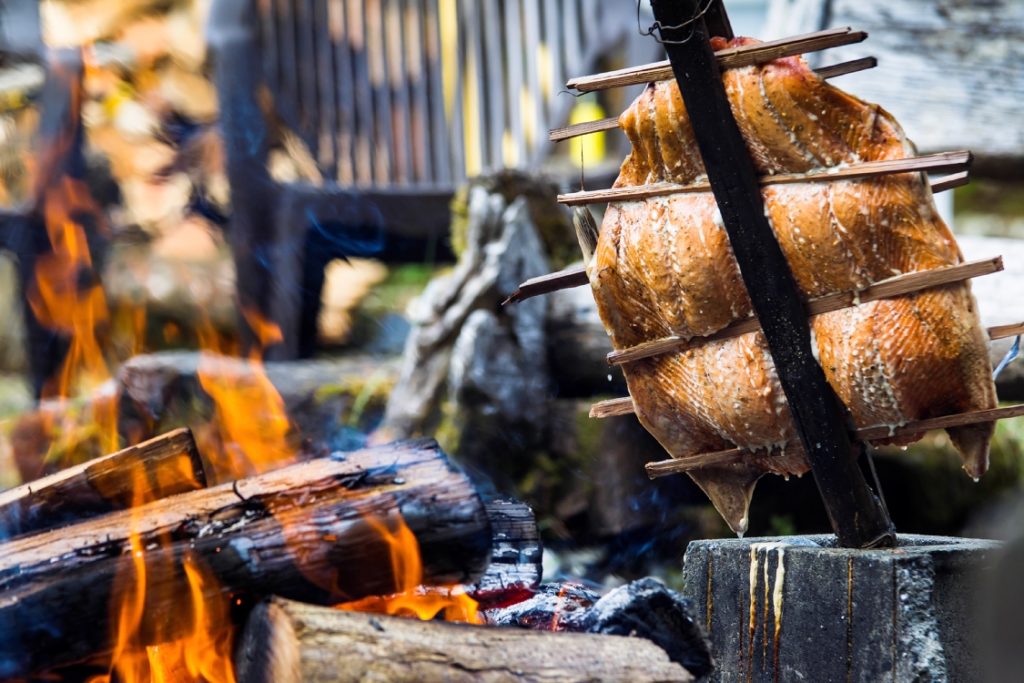 Wood-fired salmon has for millennia been a staple foodstuff for Aboriginal peoples, and guests can enjoy it at annual community barbecues such as North Vancouver’s Coho Festival, the Rivershed Society of B.C.’s FraserFEST, and the Steveston Salmon Festival, which has been held each July 1 since 1944.

If British Columbia had an official dish, it would likely be fish and chips. Typically featuring pieces of cod or halibut that are battered and deep-fried, it’s even better when it’s made with salmon, as it is at Victoria’s Red Fish Blue Fish and Wildside Grill in Tofino. 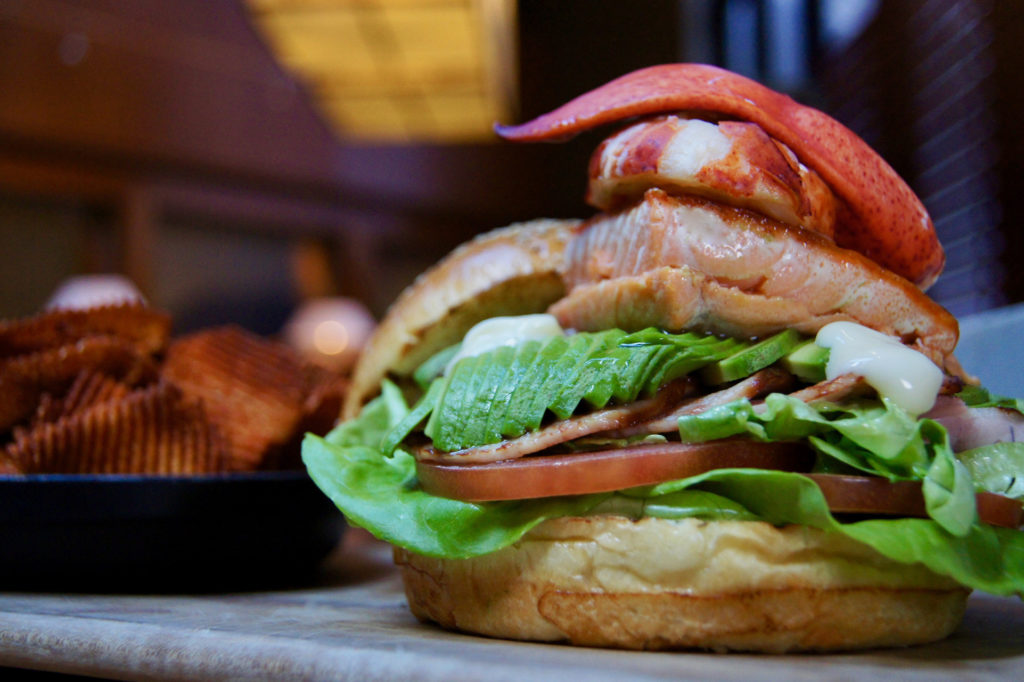 What’s better than a burger? A burger made with a perfectly grilled salmon fillet. One of the best can be found at the First Nations-owned and operated Salmon n’ Bannock Bistro restaurant in Vancouver, where the salmon is smoked over sage and served on bannock (an unleavened bread). Or go gourmet with the delicately house-smoked salmon on brioche at Yew seafood + bar in the Four Seasons Hotel. If you’re feeling ambitious, try their West Coast Salmon East Coast Lobster Burger, which combines a wild salmon filet with a maple syrup lobster tail, served with hand-cut waffle fries. Tip: it’s only available until September, so don’t delay. 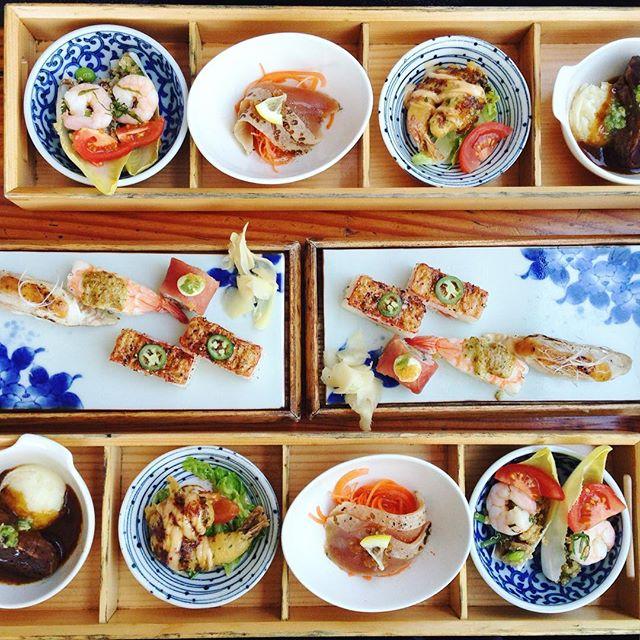 The offerings at Miku, in Vancouver. Photo: @vanfoodietours via Instagram

When sushi chef Hidekazu Tojo arrived in Vancouver from Japan in the 1970s, he quickly discovered that the tender local salmon was ideal in nigiri, sashimi, and maki. He even invented the B.C. roll—barbecued salmon, cucumber, and salmon skin with sweet sauce—that’s now on sushi menus throughout the province. Meanwhile, at Miku, the sushi chefs have kicked it up yet another notch with their flame-seared aburi salmon oshi.

British Columbians have been bowled over by the Hawaiian rice-and-fish dish known as poké. But they’ve discovered it’s even better when the traditional tuna is replaced with salmon, as it is at Westcoast Poké and Pokérrito in Vancouver. Salmon plays a starring roll in healthy salad bowls, too, including the Pacific Mist Rice Bowl at Kingfisher Oceanside Resort & Spa in Courtenay-Comox, where it comes with hemp hearts and a tahini dressing.

On a Fancy Plate 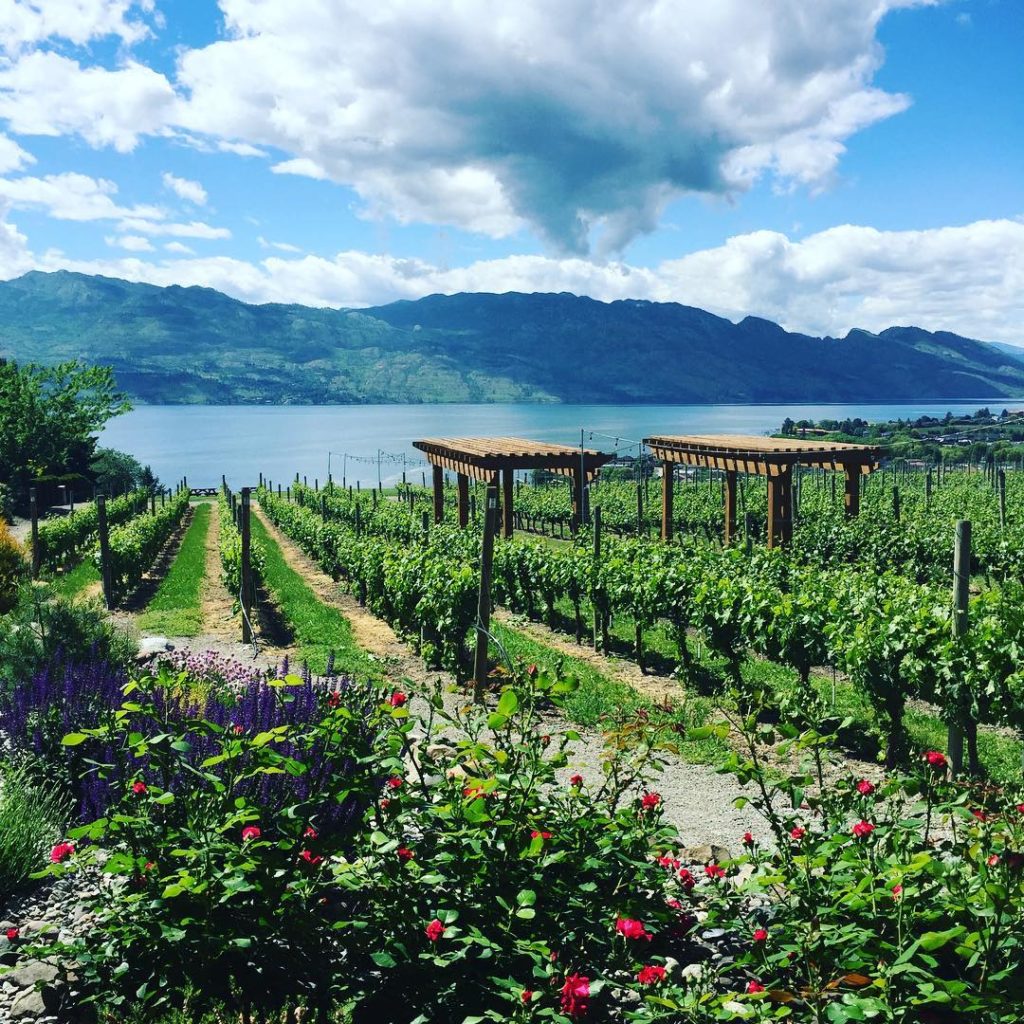 Looking out over Okanagan Lake from Quails’ Gate winery. Photo: @apoliteglassofwine via Instagram

BC’s best chefs love using salmon in sophisticated dishes. At The Pointe Restaurant in Tofino’s Wickaninnish Inn, Chef Warren Barr transforms it into a work of art he calls his “salmon mosaic.” At Blue Water Café in Vancouver, Chef Frank Pabst serves it in a terrine topped with golden caviar. And at Old Vines Restaurant at Quails’ Gate winery in Kelowna, Chef Roger Sleiman prepares it simply with side stripe prawns and, if you like, a side of truffle and parmesan fries.

First Nations peoples have long known that salmon is as delicious preserved as it is enjoyed fresh—and much handier when you’re on the move. It’s easy to find salmon smoked (hot or cold), candied, canned, made into terrines or pâtés, and packed for easy transport. Vancouver’s Granville Island Public Market is one of the best places to shop for salmon souvenirs, but you can even find them at the airport on your way home.