The Fraser River is a constant in the lives of Vancouverites – the river flows through the city and empties into the salty waters of the Strait of Georgia. Yet less than a two hour drive from Vancouver are stories and adventures that many Vancouverites still have yet to explore. This discovery came into focus for Paul Szczesny and his friend Alex Millar on a recent trip through the Fraser Valley and Fraser Canyon. Says Paul, “I had no idea there was so much here – and to know it’s so close, is pretty wild.” 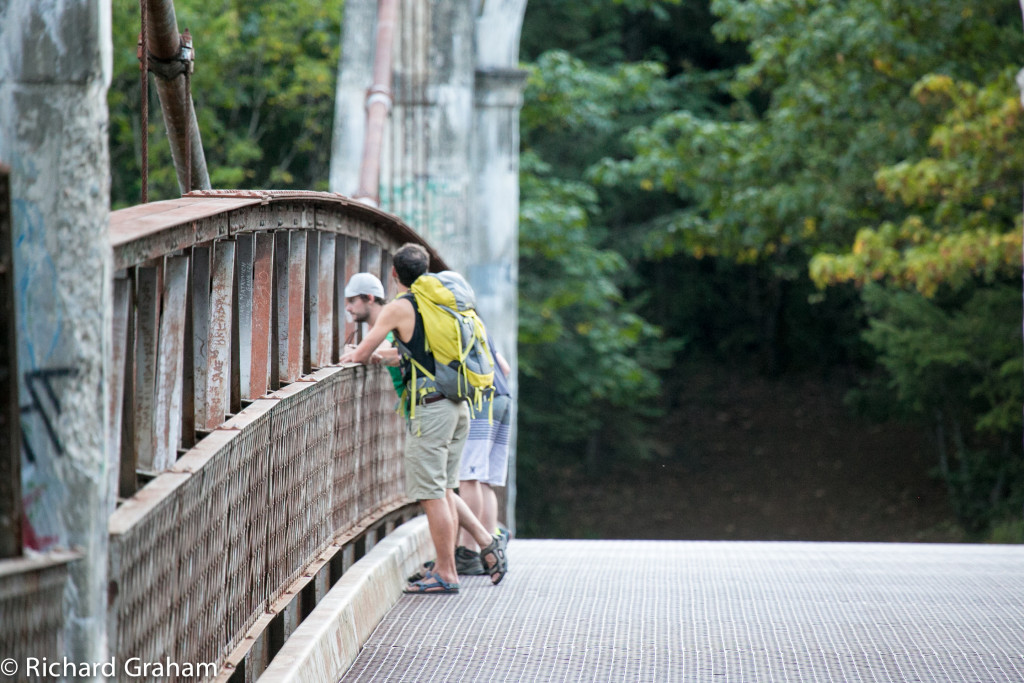 Paul and Alex exploring the area around Alexandra Bridge in the Fraser Canyon. Photo: Rick Graham

Paul and Alex live in Vancouver and are true outdoor explorers. Says Paul, “I like adventures that are loosely planned, enough flexibility to allow spontaneous things to come up.” The duo jumped at the chance to explore the route of the Fraser River, an area they had not ventured to before. “There’s adventures to be had near me, that I can access anytime, right on my doorstep – that’s incredibly exciting,” says Paul. 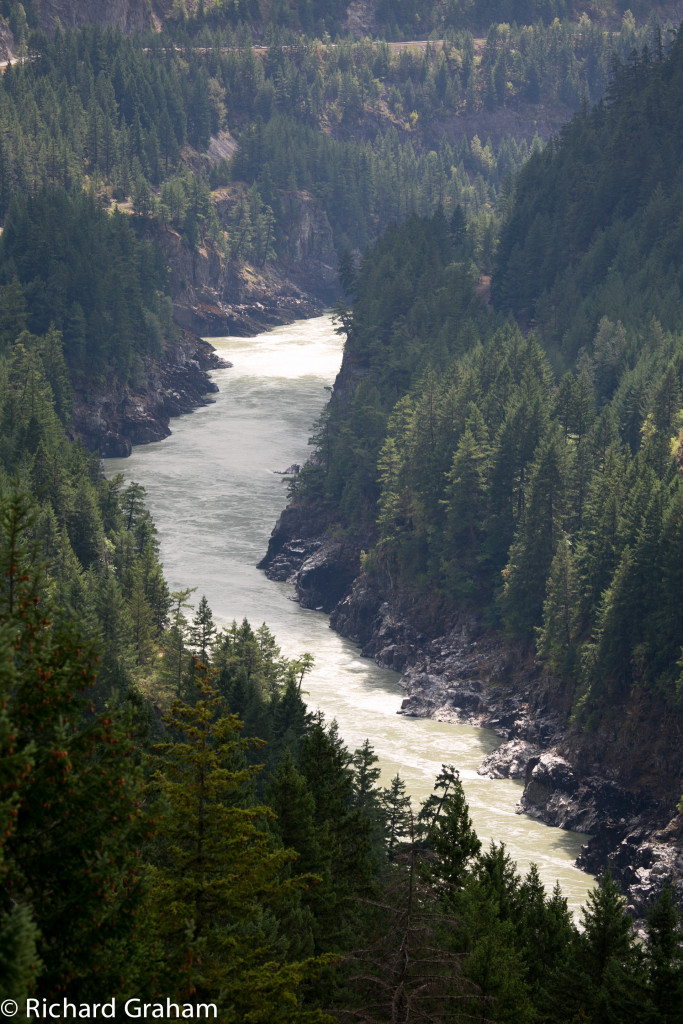 The Fraser River is known for its salmon runs, so Paul and Alex visited a First Nations heritage site, Tuckkwiowhum Village, to learn more about the Nlaka’pamux culture and how important the salmon – and the river –  is to their people. “I feel like their relationship to the river is a partnership, rather than treating it like an object. There is an appreciation there that I think many people miss – it’s harmonious.” Paul noted that he enjoyed learning about the local culture,  “What was inspiring was how positive their outlook was: it’s very optimistic and forward looking. It was pretty powerful to see the amount of knowledge they’re working to pass on: it’s a resilient culture.” 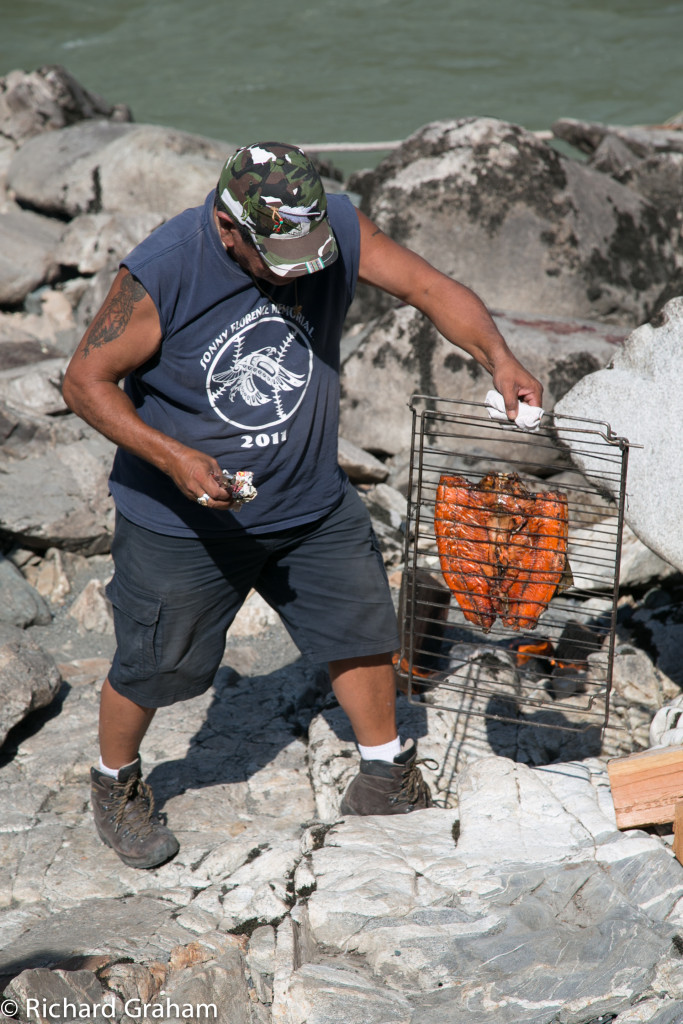 Paul and Alex also tried their hand at another catch from the Fraser River: sturgeon, a fish the Fraser is known for, which can grow to more than 1,000 lbs and 3.7 metres (12 feet), and live for over a century. Paul describes their experience of catching a sturgeon with guides from Fraser River Lodge: “Immediately you feel a strain on your muscles, and it’s a fight – its a competitive struggle. Your heart rate increases, your adrenaline starts pumping and everything else disappears as you’re fishing  – it narrows your perspective and makes you focus. It was pretty epic – it looked almost like a whale or a shark breaking through the water. I had no idea what a sturgeon felt like – the scales, the spine – sometimes you have to wear gloves in order to not cut your hands on the fish. It was a thrill.” 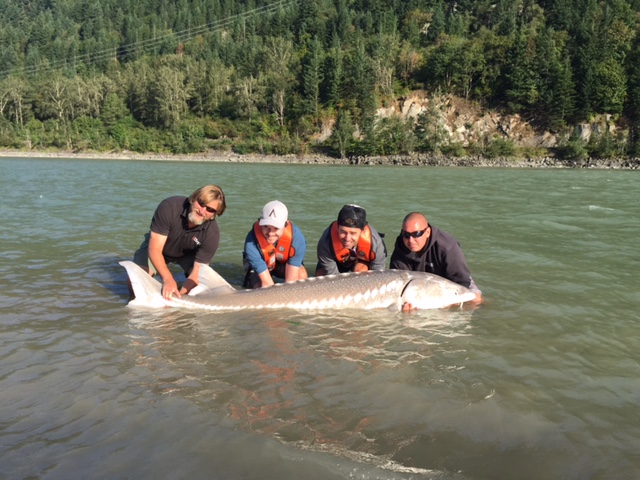 Paul and Alex with their guides from Fraser River Lodge, pose with the sturgeon caught and released in the Fraser River. Photo: Rick Graham

Further up the Fraser River, the terrain becomes steeper and the river becomes narrower: the Fraser Canyon’s wild waters are a draw for river rafters, minus the crowds. Says Paul, “It’s nice to find areas that are quieter, especially in peak season – we were almost alone on the river.” The trip with Fraser River Raft Expeditions challenges big rapids like Scuzzy Rock and Sailor Bar as well as the narrowest point on the river, Hell’s Gate, a dramatic canyon filled with whitewater. 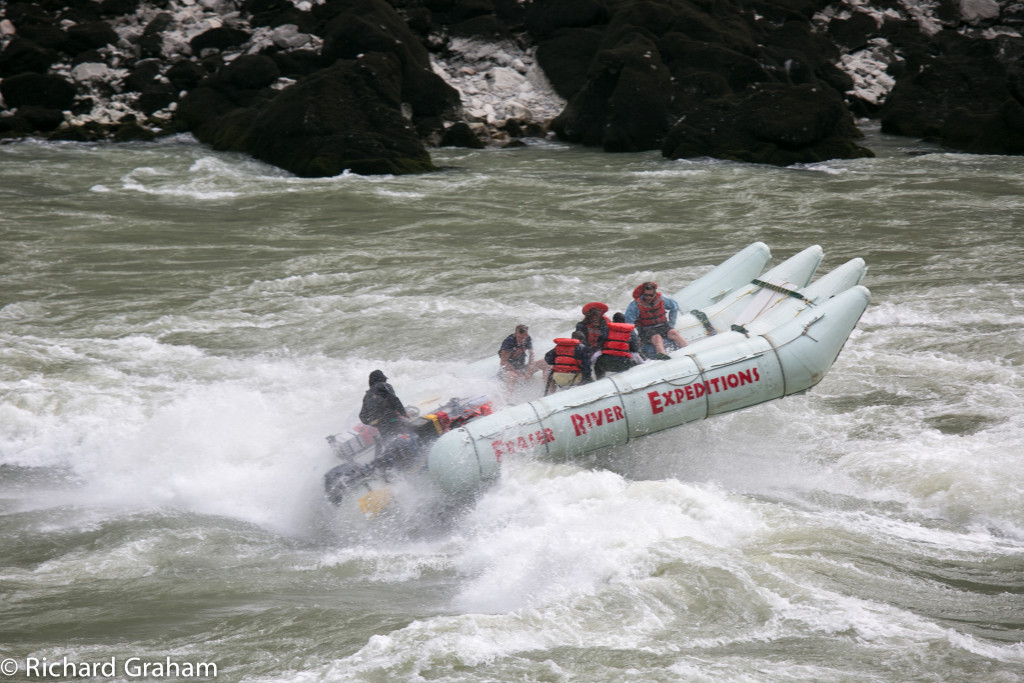 Paul and Alex have returned home with plans to continue to explore their backyard.  “It was eye opening to see the amount of quiet, secluded, picturesque places that are so close. It gives me inspiration to find other places nearby, and places I’d like to revisit.”

Watch the video of Paul and Alex’s trip:

Plan your own outdoor adventure in BC’s Fraser Canyon on HelloBC.com.