When I first visited Kamloops on my “Craft Beer Odyssey” research trip while writing my book, Craft Beer Revolution: The Insider’s Guide to B.C. Breweries, in 2012, I have to admit I had low expectations. There was only one brewpub there then, the Noble Pig Brewhouse, which had opened in 2010, and I hadn’t heard much about it. As it was a Sunday I figured it would be quiet at the brewpub so I would just have a quick bite, taste the beer, and head back to my hotel to catch up on emails. 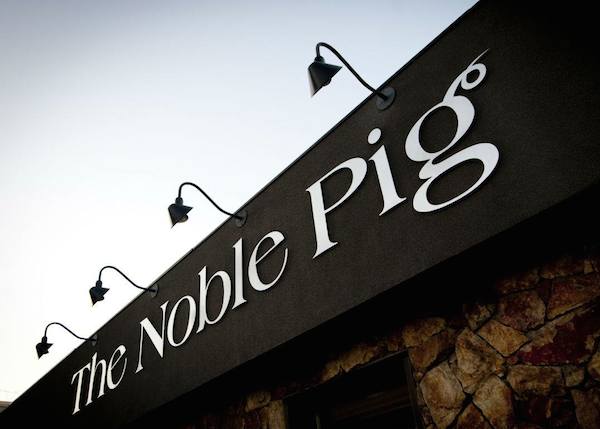 The Noble Pig BrewHouse in Kamloops.

In fact, that evening turned out to be one of the real highlights of my trip. The Pig, as the locals call it, was one of the biggest and best surprises I experienced as I wrote my book. The food was excellent, the range of beers—all made in-house—was extensive, creative and delicious, and the place was packed even though it was a Sunday night. It quickly became one of my favourite places to enjoy a craft beer in British Columbia. And as I continued to tour around the province, I found myself repeatedly asked about the biggest surprise I’d had, and I always said it was the Noble Pig—one of BC’s real hidden gems in terms of craft beer destinations.

And now with the opening of Red Collar Brewing there in mid-October, there is even more incentive to visit Kamloops in search of craft beer. Founded by brewer David Beardsell, who also was responsible for the Noble Pig, and his wife Annamarie, with help from their daughter Lara, Red Collar is a production brewery with a large on-site tasting lounge and kitchen.

Brewer David Beardsell chats with some of his customers at Red Collar Brewing.

I dropped by for a visit about a week after Red Collar opened and was really impressed by the range of beers already on tap, including a British Mild, Belgian Dubbel, English-style IPA, and a German Märzen, which especially stood out to me. I also tasted a Belgian Tripel directly from the fermentation tank, which was deliciously fruity. Other brews released since then have included an India Pale Lager, a couple different Bocks, and a winter ale featuring all Canadian ingredients. 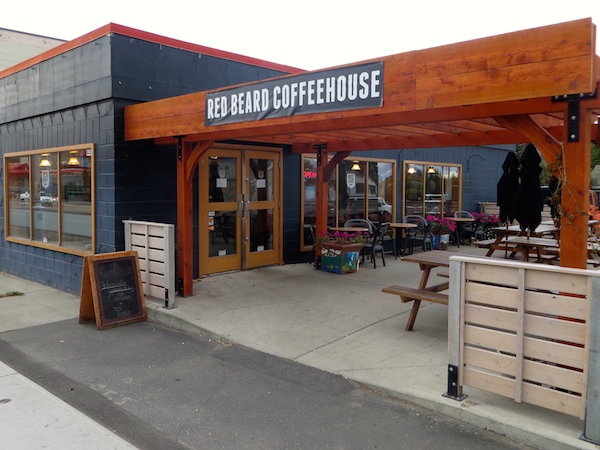 Red Beard Cafe on the North Shore in Kamloops.

I should mention that the Noble Pig is just as good as ever despite Beardsell’s departure to open Red Collar. And while both those places are located in downtown Kamloops, there is also the Red Beard Café over on the North Shore, which offers an impressive craft beer tap list and also hosts Tap Takeover events featuring individual breweries from time to time. I dropped in for breakfast on the morning I was leaving, but I couldn’t resist tasting a very unusual Polish-style smoked sour ale called a Gratzer by American craft brewers Three Floyds and New Belgium. I know I’ll be back the next time I visit Kamloops.