There’s something to be said for people who can do it all—captain a boat, run a business, cook a mean breakfast. They inspire. They motivate. At the very least, they make you want to spend time in their home turf, in their company. And in the beautiful coastal communities along northern Vancouver Island, you can do just that.

Case in point: 70-year-old Gordie Graham runs Telegraph Cove Resort and recently had knee replacement surgery, but you’d never know it.  A 45-minute drive south of Port Hardy, Telegraph Cove is a charming locale with beautifully preserved heritage buildings and boardwalks; if you want a tour, a salmon barbecue or after-hours help, Gordie’s your guy.

If you’re visiting, ask Gordie to take you for a hike along the Blinkhorn trail; he is one of many who assisted in its creation, and he proves the perfect guide along a path that meanders through huge strands of western hemlock, Sitka spruce and massive ferns. Keep your eyes peeled, too: there’s a good chance you’ll spot a black bear foraging for food or a bald eagle swooping in for the catch of the day. 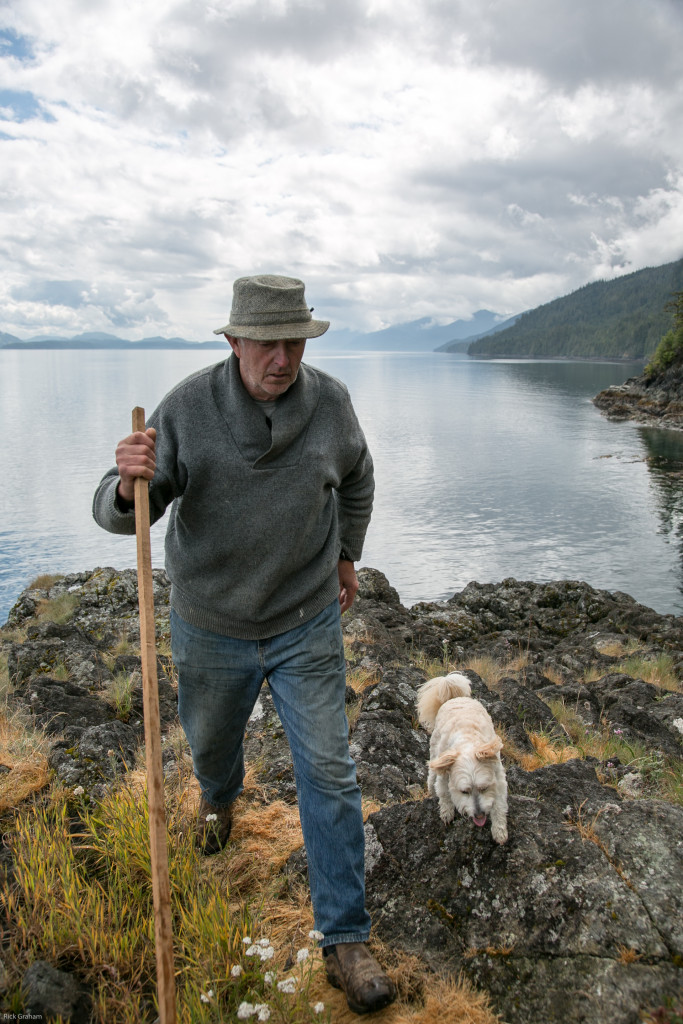 Gordie and Sally lead the way. Photo: Rick Graham/Destination BC

If kayaking is your calling, then Hanson Island should be at the top of your bucket list. Just two nautical miles northeast of Telegraph Cove, Hanson Island is a gateway to magical marine encounters: these waters are abundant with humpback whales, Orcas and seals. It’s a place where Andrew Jones, from Kingfisher Wilderness Adventures, has been taking guests for the past 17 years. Once you see the comfy base camp he’s set up — big tents with cushy Therm-a-Rests alongside a tricked-out outdoor kitchen — you won’t want to deal with schlepping your stuff ever again. Add some awesome staff to the mix (like our guide, Allie) and you’ll soon realize this is how camping should be done. 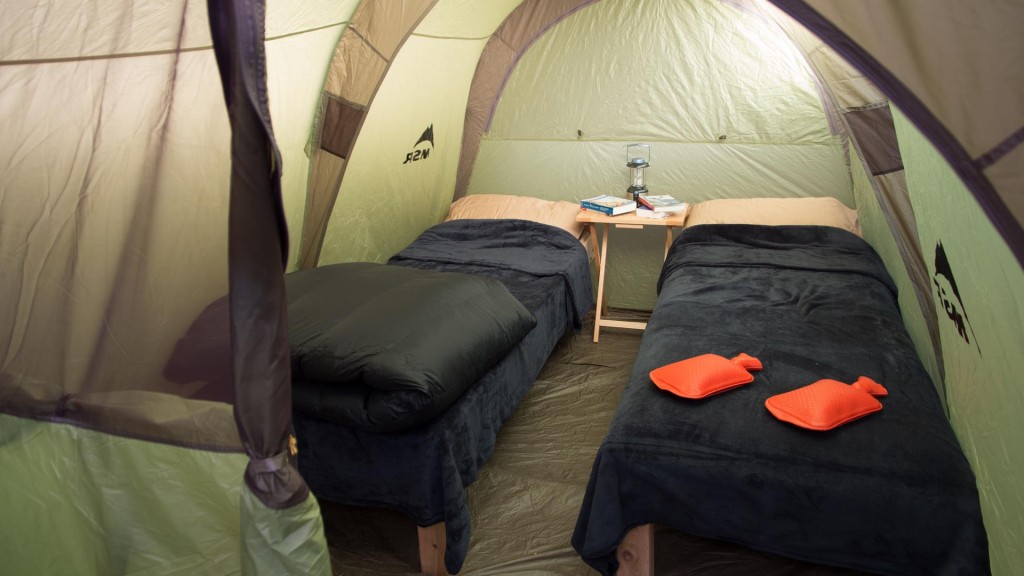 And then there’s the actual kayaking-with-wildlife experience. You don’t need to be an expert to paddle these waters; from technique tips to snack-hauling, these guides have got your back. They’ll take you to the best places to see marine mammals in Johnstone Strait and, when you do spot these amazing creatures, it feels surreal. The best part? It happens again and again. And at night, you’ll sleep tight in your tent as the sounds of humpback whales lull you into dreamland. 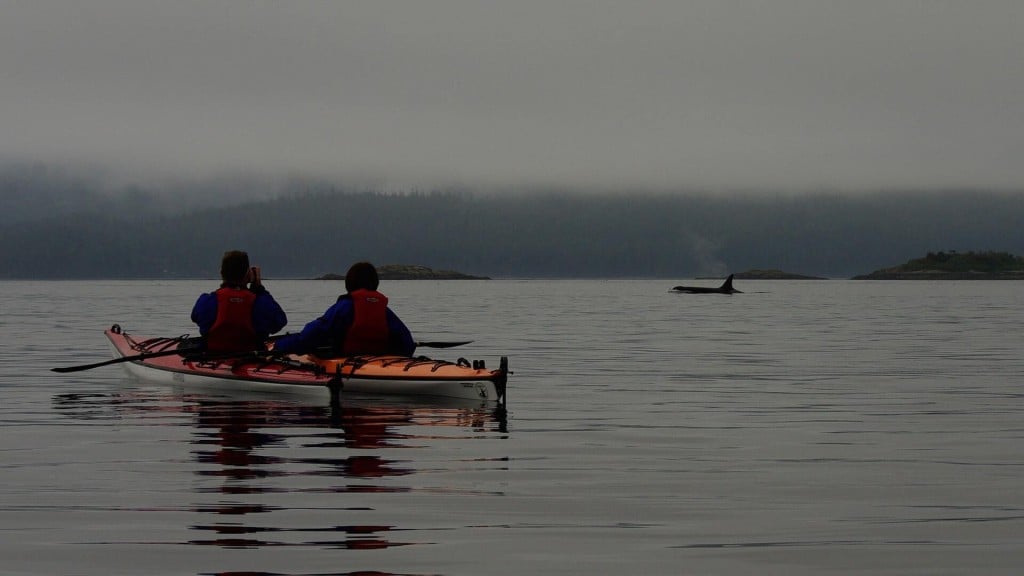 Not only is the area rich in wildlife, it is also steeped in significance for the 18 tribes of the Kwakwaka’wakw Nation. Spending time with local Mike Willie is an eye-opener. He grew up in a remote village called Kingcome Inlet in the heart of BC’s Great Bear Rainforest and now runs Sea Wolf Adventures, guiding small groups of visitors by boat to places that hold great meaning for his people. One of those spots is Alert Bay, a community that beautifully blends history with a vibrant, modern-day culture, and is even home to the tallest totem pole in the world, a neck-craning 53-metre (173-foot) wonder. On the day we visited, there was a huge First Nations soccer tournament taking place that drew masses of young people out. 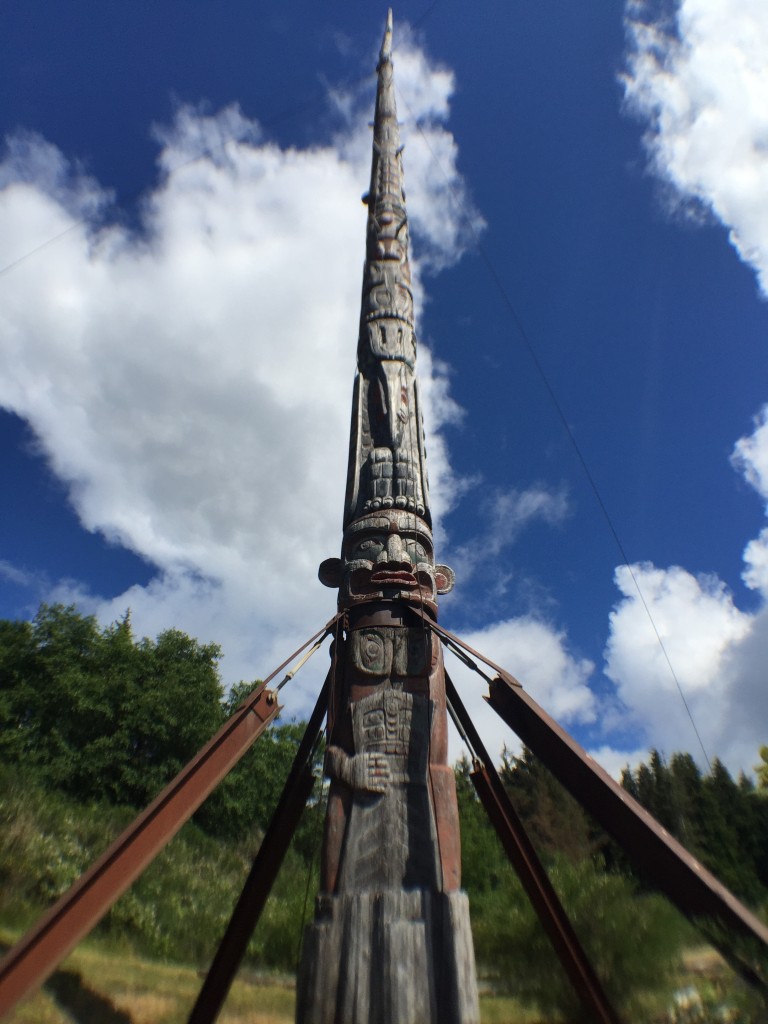 Also worth checking out is the U’mista Cultural Centre in Alert Bay, a draw that is filled with artifacts that were seized during a time when potlatches were banned. It took years for these pieces to be returned; many are still missing. Viewing the collection with Mike provides a deeper understanding of the history — much of it heart-breaking — but it also leaves you with admiration for this community and the resiliency of its people. His face beams brightest when he talks about another passion: teaching local children how to speak the indigenous language. 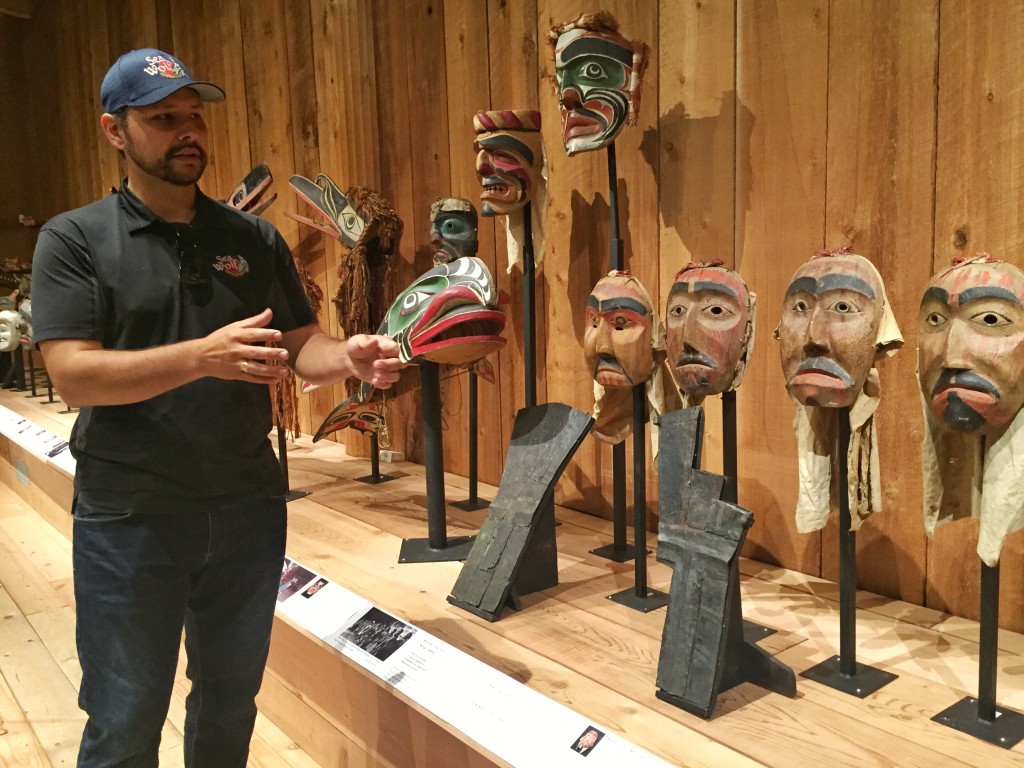 Like Mike, Fraser Murray grew up in this area of abundant nature. In fact, the two have been close for years and are now partners in promoting cultural tourism. Fraser runs the exclusive Nimmo Bay Resort with his wife, Becky; the couple took over the business from Fraser’s parents who started the wilderness resort in 1981. Back then, fishing was the big lure for visitors wanting an exclusive experience. (Fun fact: Fraser grew up at the resort and started guiding guests on fishing expeditions at the age of seven.) These days, wildlife viewing, wellness activities and special cultural tours with Sea Wolf Adventures round out the roster at Nimmo Bay. 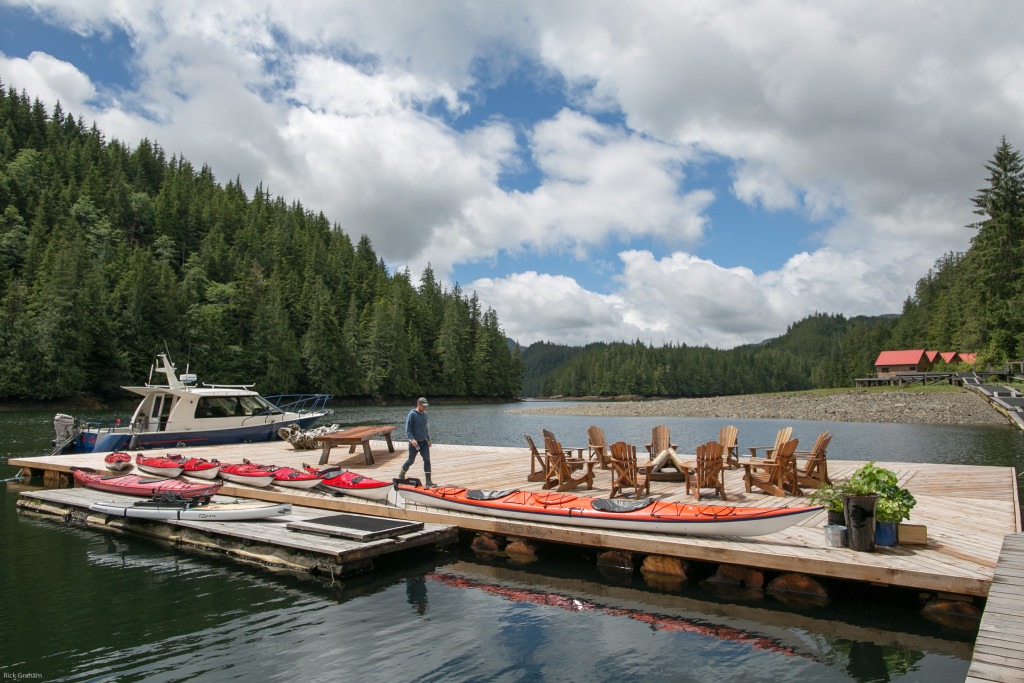 Fraser knows these waterways like the back of his hand. It’s not long before we’re surrounded by dolphins, so many that we quickly give up trying to count them. It’s a magical feeling to be on the water during this moment. It’s humbling. It’s awesome. And it leaves little wonder why Fraser — and a few other fortunate souls — choose to call northern Vancouver Island home. 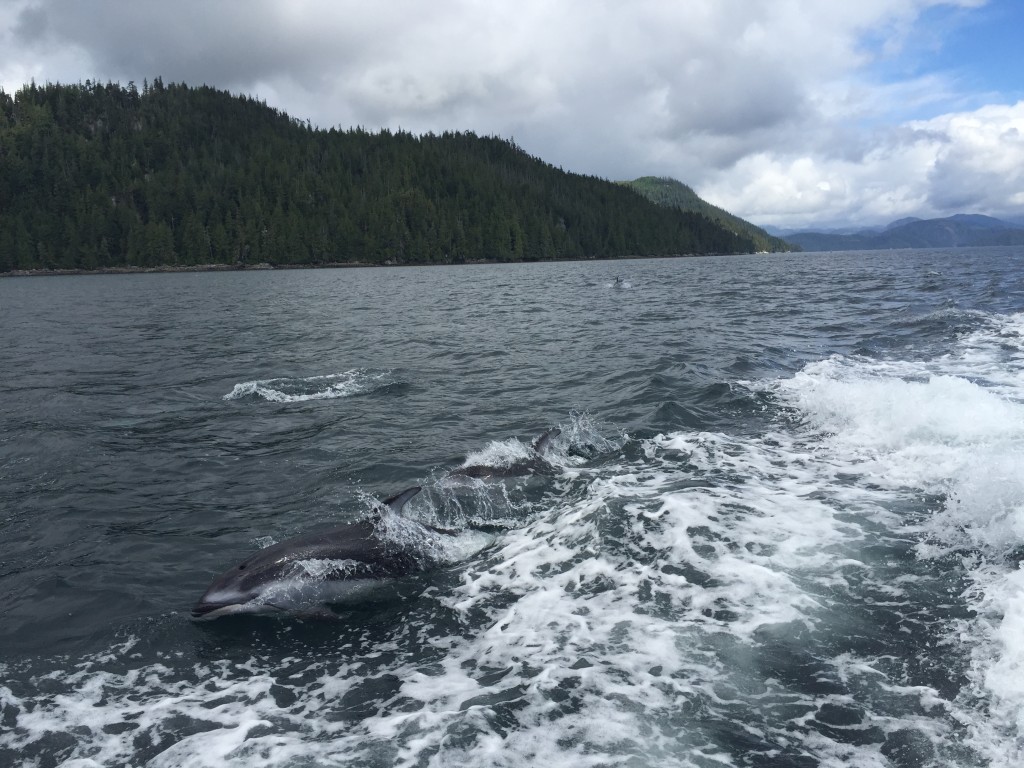