More than a century ago, a hotel built below Rogers Pass in the Selkirk Mountains opened the door to the unspoiled wilderness—and some of Europe’s best mountaineers took notice. From the Coast Mountains to the Rocky Mountains, BC is an alpine playground and a rock climbing and mountaineering paradise.

Today, outdoor adventurers from around the world flock to BC for everything from world-class rock climbing and caving to glacier treks and mountain ascents.

An hour drive from Vancouver leads to Squamish’s 700m/2,297ft Stawamus Chief, the second-largest granite monolith in the world and Canada’s most popular climbing site.

Penticton, in the sunny Okanagan Valley, is home to the popular Skaha Bluffs, a series of cliffs made of edgy, featured gneiss with over 650 routes.

In the Purcell Mountains, the tall granite spires of the Bugaboos offer one of North America’s premier alpine climbing areas. 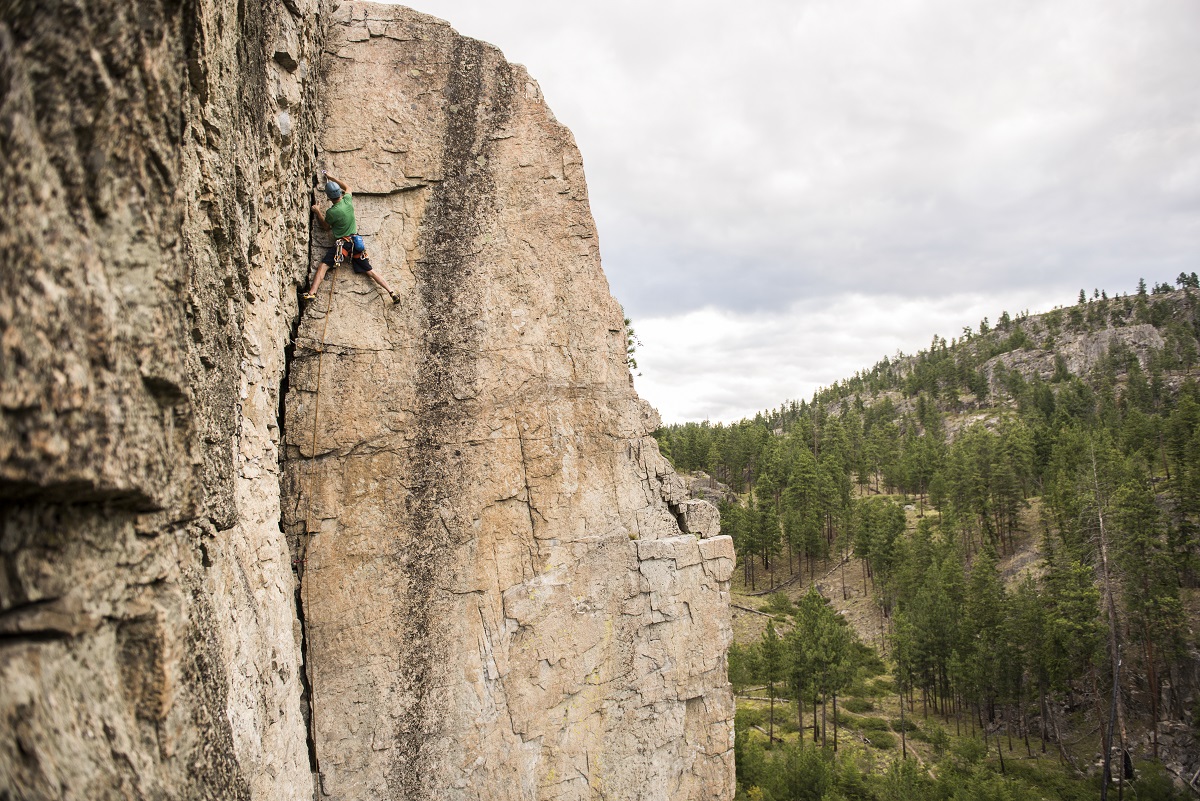 A rock climber works his way up a crack climb on the Diamondback, Skaha Bluffs Provincial Park near Penticton, BC.

BC has many outdoor activity stores catering exclusively to climbers, as well as numerous climbing schools where beginners can learn and experts can hone their skills. Not ready to venture onto rock? Try indoor climbing walls. 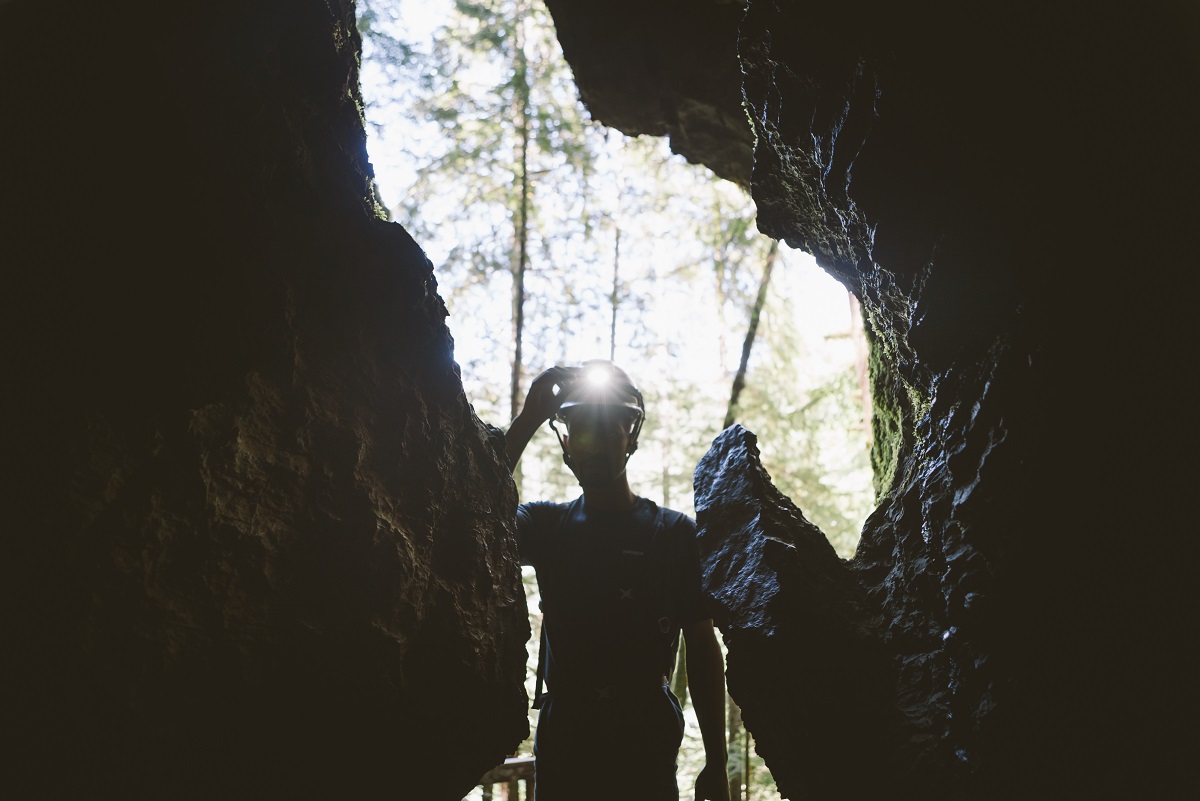 Caving in BC is another option for Indiana Jones-style adventure. Head north of Qualicum Beach on Vancouver Island to explore Horne Lake Caves Provincial Park, which offers guided caving tours that cater to the whole family. Learn about geology and ancient fossils first-hand, or embark on the Underground Extreme tour, which takes five hours. Other major Vancouver Island caving sites include the Upana Caves and Little Huson Cave Regional Park.

In Northern BC, cavers of all abilities flock to Fang Cave, the ninth-longest cave in Canada, and Monkman Provincial Park, where exotic rock formations highlight caves on the Stone Corral Trail. More challenging routes for experienced cavers exist in Bocock Peak Park and Kakwa Provincial Park.

British Columbia offers some of the best and most accessible mountaineering opportunities. Yoho National Park features dozens of glaciated peaks on the western slope of the Canadian Rockies, and an astounding 28 of them are over 3,000m/9,843ft. The Purcell Mountains’ towering granite spires lure mountaineers to Bugaboo Provincial Park in the Kootenay Rockies.

The southwest corner of the Coast Mountains is home to some great mountaineering opportunities within an easy drive of both Vancouver and Whistler.

Guiding companies offer both scheduled and customizable trips to popular areas, including the Bugaboos and the Tantalus sub-range of the Coast Mountains. Meal planning and technical gear (either rented or supplied) is often available with guided tours. Tours can be customized for beginners and advanced climbers and cavers.

Remember to respect the terrain, environment, and other users while you are exploring a cave or cliff. Ensure that you carry proper, reliable equipment and know how to use it safely. Explore within your physical/mental ability and limitations, stick to established underground routes, and practice the explorers motto: “Take nothing but pictures, kill nothing but time, leave no trace.” AdventureSmart and Leave No Trace are great resources to help you get informed before heading outdoors, and regardless of your experience level, never go canyoneering alone and always leave a Trip Plan!

Come on an adventure with us! In the winter, we do guided backcountry ski and snowboard tours, snowshoeing, and ice climbing. In the summer, the...

Adventures You Can Count On. Want to learn to feel at home in the mountains? Want to rock climb? Let Rock Solid guides help you achieve your...

Come on an adventure with us! In the winter, we do guided backcountry ski and snowboard tours, snowshoeing, and ice climbing. In the summer, the...

Adventures You Can Count On. Want to learn to feel at home in the mountains? Want to rock climb? Let Rock Solid guides help you achieve your...