British Columbia’s Thompson Okanagan region is certainly well known for its vineyards and wineries, but there is a diverse craft beer scene there that makes it a great destination for beer lovers, too.

Kelowna, the largest city in the region, is home to Tree Brewing, which produces a wide variety of beers, ciders and specialty products for the local and provincial market. One of the first breweries in BC to produce a hoppy India Pale Ale, Tree now has three versions of its iconic HopHead brand, including a Double IPA and a Black IPA. Elsewhere in Kelowna, Freddy’s Brewpub, which is connected to a bowling alley in a mall, is a fun spot, but the beers produced there are not very exciting. 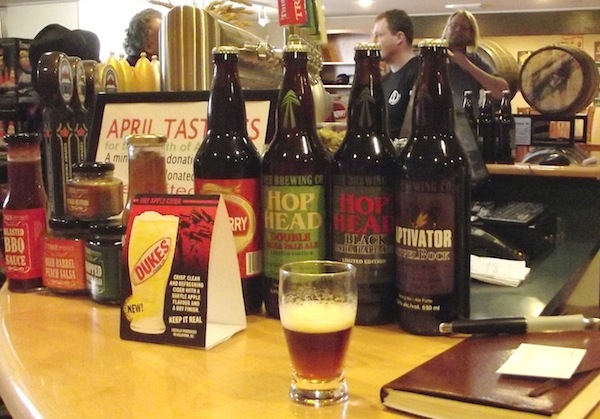 Some of the Tree Brewing’s line-up.

There are two well-established craft breweries an hour south in Penticton: Tin Whistle Brewing and Cannery Brewing. Another, Bad Tattoo Brewing, is under construction and is projected to open in May. The Barley Mill Brewpubis also an option to try, but the beers there are not really of “craft” quality.

Tin Whistle, which opened in 1995, has seen a recent renaissance in quality and variety under the guidance of brewer Jeff Tod who has put his stamp on some creative beers like the Stag Apple Scotch Ale, which won Best in Show at last year’s Okanagan Fest-of-Ale, a two-day beer festival that is held in Penticton every April. 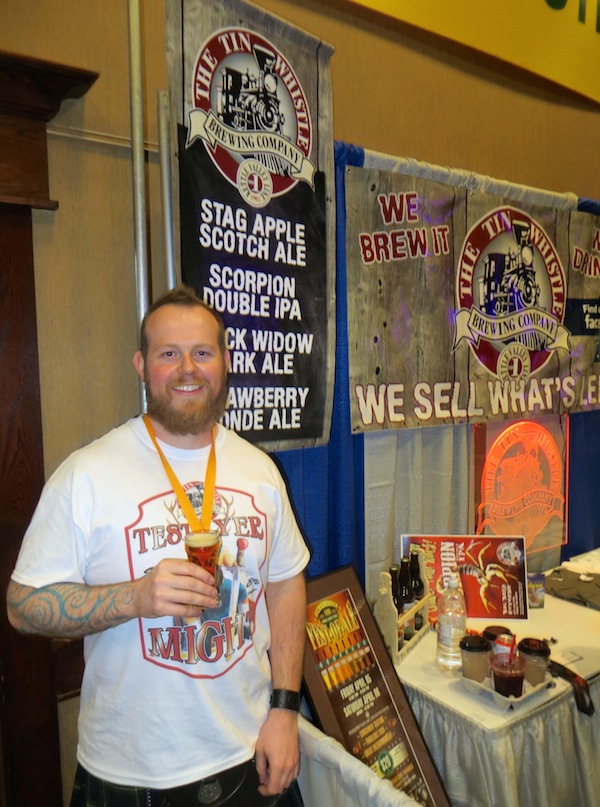 Cannery Brewing, which opened in 2000, was founded by a husband-and-wife team, Ron and Patt Dyck, popular restaurateurs at the time with 23 years of experience running the Country Squire restaurant in Naramata, just north of Penticton. The transition to opening and managing a craft brewery was certainly a challenge, but the Dycks have excelled at it. Cannery produces a solid assortment of craft beer styles including Naramata Nut Brown Ale, Squire Scotch Ale, Blackberry Porter and Maple Stout. 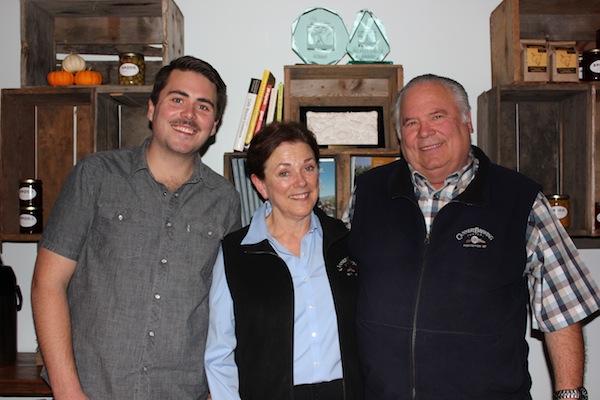 In nearby Oliver, which calls itself the Wine Capital of Canada, the Firehall Brewery opened in 2012. Located in the basement of the town’s original firehall, the brewery’s products are served in the cozy restaurant above it as well on tap in pubs and restaurants throughout the Okanagan. Stop by the “Hydration Station” at the brewery to try a Backdraft Blonde Ale, Stoked Ember Ale or Holy Smoke Stout. 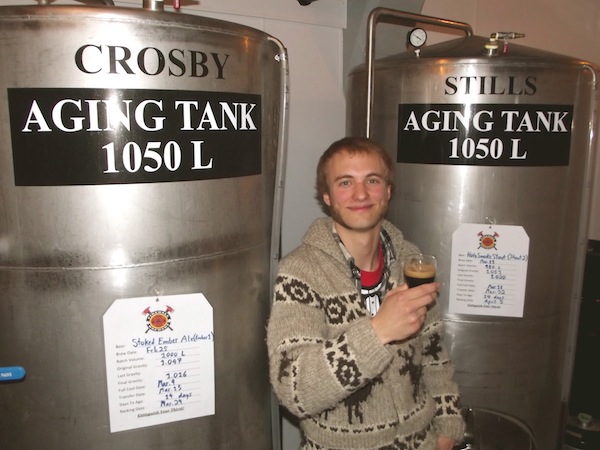 Firehall Brewery’s Sid Ruhland with some musically themed tanks in his brewery.

Just north of the Okanagan Valley in Salmon Arm, the Barley Station Brewpub has a great location right on the Trans-Canada Highway. And over in Kamloops, the Noble Pig Brewhouse is one of the best brewpubs in BC—if not the best—thanks to its top-notch kitchen, ambiance and impressive range of craft beers. 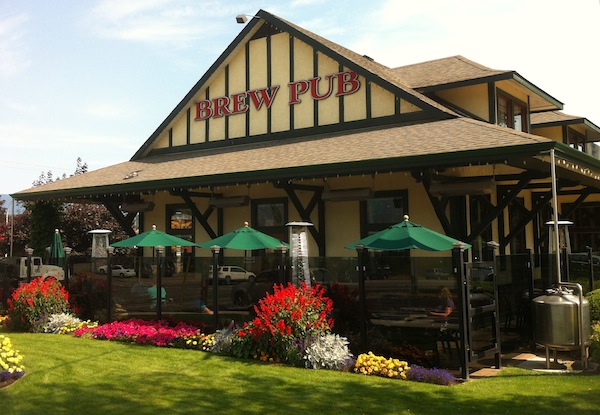 On the way to Kamloops, you could also stop in at Crannóg Ales in Sorrento, which is Canada’s one-and-only organic, sustainable farmhouse brewery. Founded by urban ex-pats from Vancouver in 2000, Crannóg grows its own hops on its 10-acre farm and produces its beers using some of the equipment from the original Horseshoe Bay Brewery, the first microbrewery in Canada back in 1982. 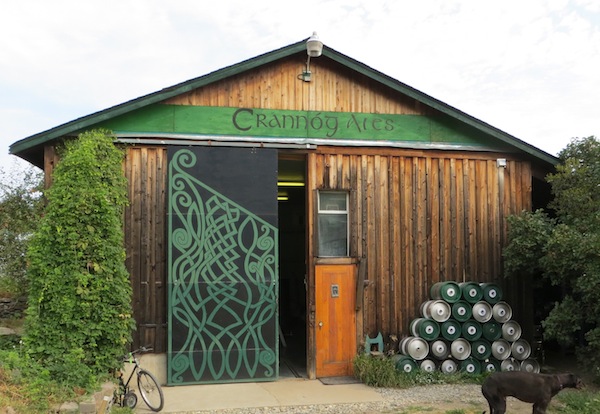 Brewing on the farm at Crannóg Ales.

Most of these breweries will fill growlers or sell packaged products right at the brewery, and some may even offer tours. There is also an excellent “Beer Buddies” tour offered by Grape Friends in Penticton. Cheers!