In 2013, as part of an ongoing book project, I hiked and photographed in the Ancient Forest, a unique wet-temperate rainforest in central British Columbia. Situated in the upper Fraser River valley, 115 km (72 miles) east of Prince George, BC’s Ancient Forest is part of the world’s only temperate inland rainforest. For the benefit of all nature lovers, a dedicated group of conservation minded volunteers have created the Ancient Forest Trail including a boardwalk which makes this incredible experience universally accessible. The boardwalk provides everyone with an opportunity to view an antique Western Redcedar forest. 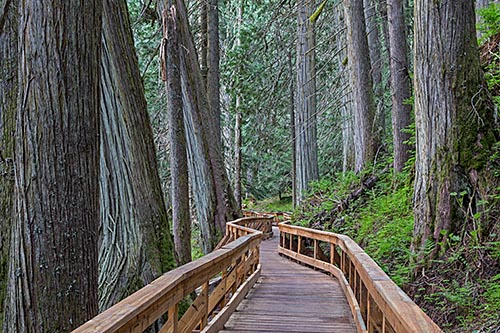 Boardwalk makes the Ancient Forest near Prince George accessible for everyone

When I was there, a 99 year old lady with a walker said her walk through the cedars was a “lifetime highlight.” Beyond the boardwalk, an easy to moderate walking trail takes 60-90 minutes. Highlights along the trail include rare lichens, hollow cavities which provide important wildlife habitat, Treebeard Falls, and Western Redcedars approaching 2,000 years of age. 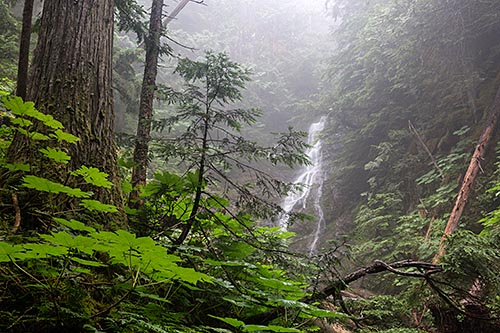 Update: In March 2016, the BC Government announced that the Ancient Forest / Chun T’oh Wudujut (pronounced Chun Toe Wood-yu-jud) Park will be established as a Class A provincial park, giving the magnificent site the protection it deserves. For more information, click here.