Journey to the Natural and Cultural Wonders of Eastern Vancouver Island

Many travellers head to Vancouver Island’s west coast to explore the rainforest and enjoy Pacific Ocean thrills, but the eastern shore of the island offers sublime relaxation and outstanding opportunities for adventure as well. Indigenous Tourism BC filmed a series based on Nootka Island, located north of Tofino. Similar experiences can also be found in communities such as Campbell River, Quadra Island, and Courtenay.

Here’s how to fill your time with an itinerary primarily focused on Aboriginal experiences on Eastern Vancouver Island. 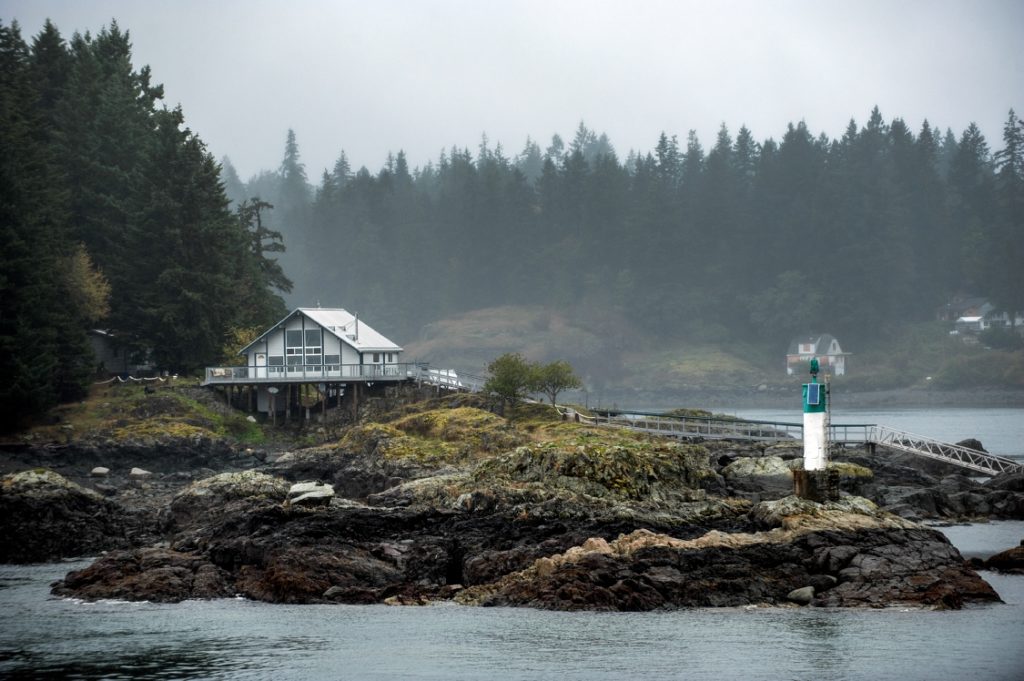 Your stay begins on Quadra Island, part of the Discovery Islands. The island, which is reachable in 10 minutes from Campbell River with a ferry ride, is home to Tsa-Kwa-Luten Lodge at Cape Mudge Resort, an enchanted accommodation set amid 445 hectares (1,100 acres) of forest. Belonging to the We Wai Kai band, Tsa-Kwa-Luten Lodge includes guest rooms, cottages, and a multi-bedroom guest house that is ideal for large families. All accommodations feature views of the Discovery Passage, where explorers of many cultures have journeyed for hundreds of thousands of years.

Activities available include kayaking, hiking, biking, and relaxing on the beaches of Quadra Island or in the hot tub at Tsa-Kwa-Luten Lodge.

The We Wai Kai are part of the Kwakwaka’wakw Nation and their Aboriginal art and architecture—both traditional and contemporary—predominates the resort and the other primary Indigenous attraction on Quadra: the Nuyumbalees Cultural Centre.

Among its collection are seven rare petroglyphs dating 2,500 to 3,500 years. These petroglyphs, part of approximately 100 found on Quadra Island, were brought to the Nuyumbalees Cultural Centre in 1972 to protect them from erosion. They are a fascinating piece of history and, along with other displays at the facility, help to tell the story of the We Wai Kai and Kwakwaka’wakw peoples and their living culture. 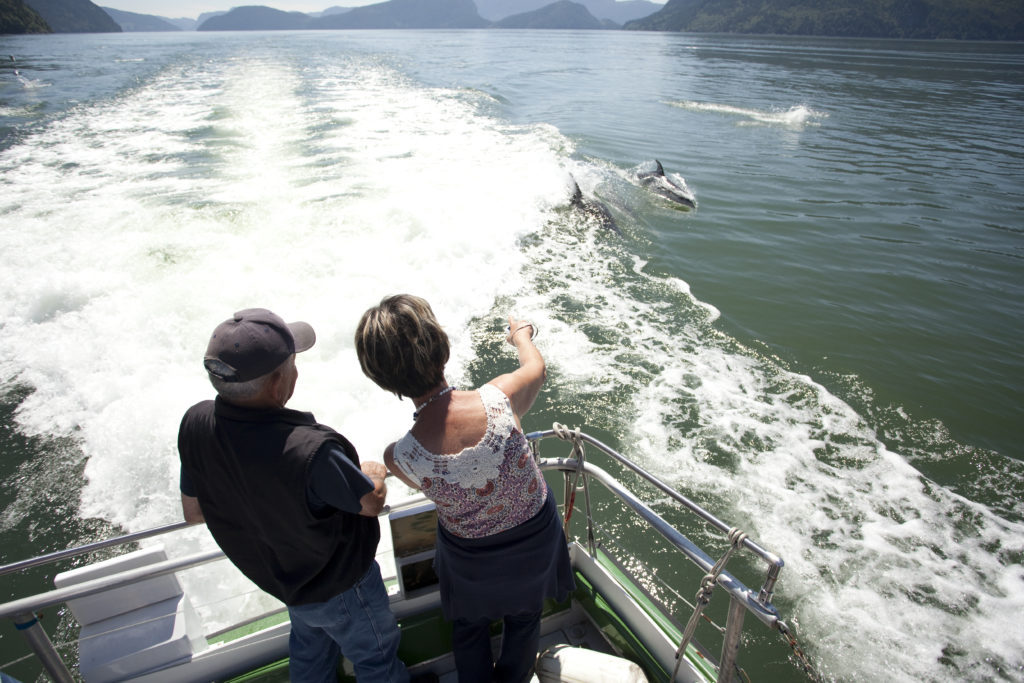 Head back to Campbell River to join a tour with Aboriginal Journeys, one of BC’s leaders in wildlife tourism.

Choose the Grizzly Bear Watching tour to see these unique animals in their natural habitat. The two-hour boat ride travels into the Toba Inlet, home to an exquisite fjord, where you will board a comfortable tour van and be taken on a 10-minute drive into grizzly bear territory. A Klahoose First Nation guide will escort you to viewing platforms designed for safe observation of the bears as they mingle with their young, fish for salmon, and roam riverbeds looking for food. The tour will last four hours on land, giving you many opportunities to photograph these awesome creatures and understand their world, which is beautiful and breathtaking.

After that exhilarating trek, you’ll be starving. Head south to Courtenay (about 40 minutes by car from Campbell River) and dine at Locals, situated in a heritage building called the Old House. Though not Aboriginal owned, Locals serve cuisine with ingredients sourced exclusively from neighbouring communities on Vancouver Island. You’ll savour braised beef sourced from cattle in the Comox Valley, oysters from Cortes Island, and crab cakes made from sockeye salmon and dungeness crab.

Your visit to Courtenay isn’t complete until you’ve also satiated your appetite for culture. The i-Hos Gallery will please your eyes with its decadent collection of First Nations art from multiple communities on the northwest coast. Woven cedar, masks, and carvings, an array of jewellery and original artwork are on display. You can also purchase First Nations-designed apparel that features fashionable designs. 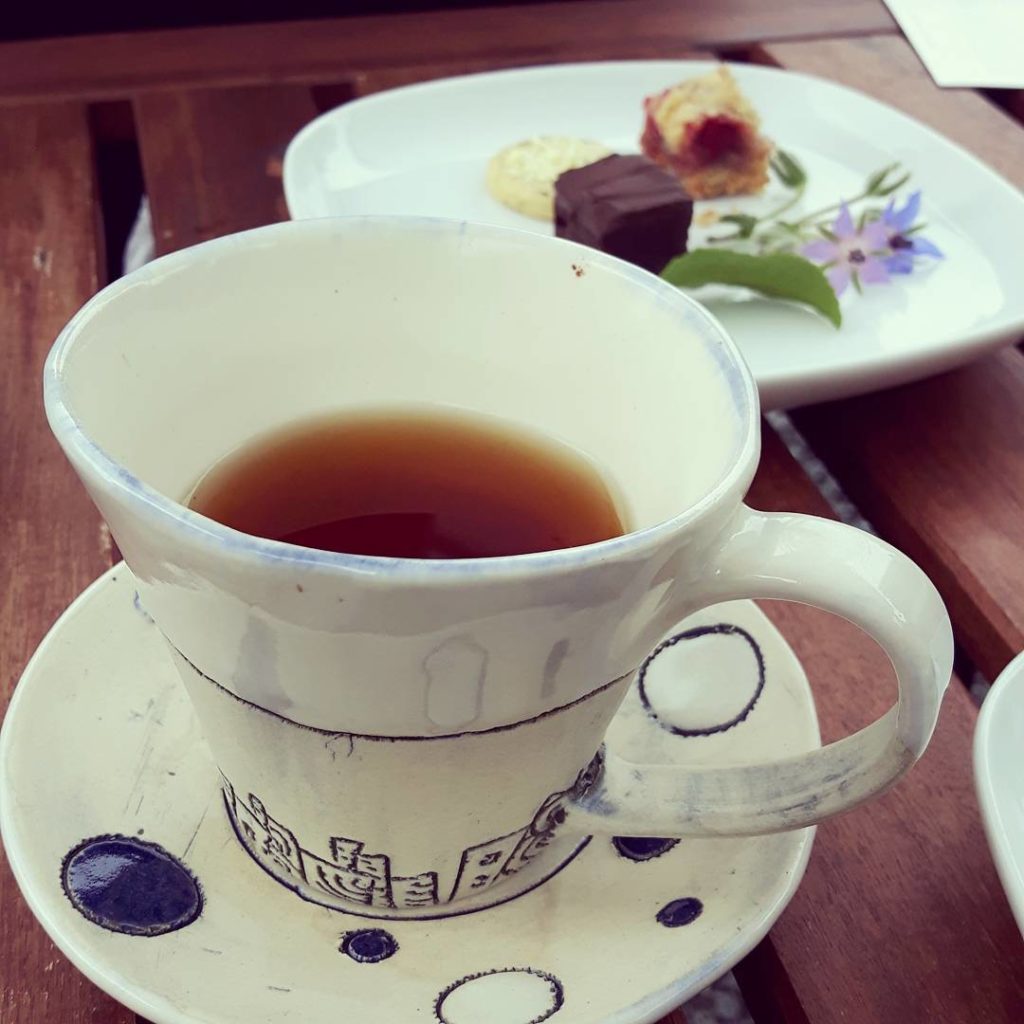 After checking out of Tsa-Kwa-Luten Lodge, be sure to stop for a spot of tea. The Westholme Tea Farm is in Duncan, about 200 kilometres (124 miles) south of Campbell River, and is home to Canada’s first single-origin tea. Located in a lovely part of Vancouver Island, surrounded by forest, the Tea Farm delivers soothing comfort in its environment and its product. Relax with a cup of tea, scones, and other treats, and learn about tea and its benefits to both the body and spirit. 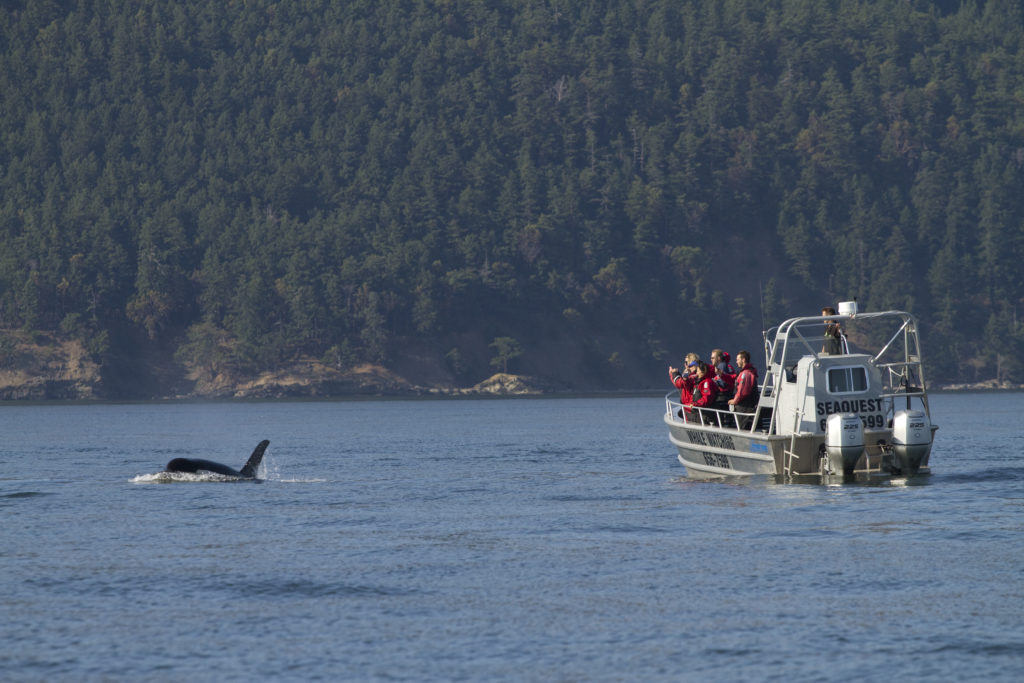 Before heading back to Vancouver, you’ll also want to indulge in one more wilderness adventure. This time with Sidney Whale Watching, a family-run operation that has been taking guests on thrilling tours for more than two decades. Owner Mike Child of the Kwakiutl First Nation leads guests into the waters of Eastern Vancouver Island to find orcas (transients and residents), grey, humpback, minke, and the occasional fin whales. Dolphins, porpoises, sea lions, seals, river otters, and many sea birds are also frequently spotted on Sidney Whale Watching cruises.

Note: Aboriginal Tourism BC has released a three-episode video series based in Yuquot, a tiny village on Nootka Island noted for being the spot where Captain James Cook first made contact with the people of the northwest Pacific coast. The series, called “Indigenous British Columbia”, focuses on the culture and spirituality of the Mowachaht/Muchalaht band, which is part of the Nuu-chah-nulth Nation. View the series in its entirety here.