In the quiet of winter, wildlife viewing in BC is especially magical. There’s the serenity of the hushed woods, the snowy backdrop, and the solitude, which heightens all the senses. Without the screen of much vegetation, the brown and grey coats of mammals stand out against the white, making them easier to see and photograph.

November to March is a good time to hone your tracking skills, especially after a light snowfall. You can also pair animal pursuits with the drama of storm watching. Here are five tips for enjoying the very best winter wildlife viewing in BC.

Learn a bit about the critter you’re hoping to see: is it active in the early morning or at night? What does it eat? Is it a river hunter or deep-sea diver? What do its tracks and scat look like? 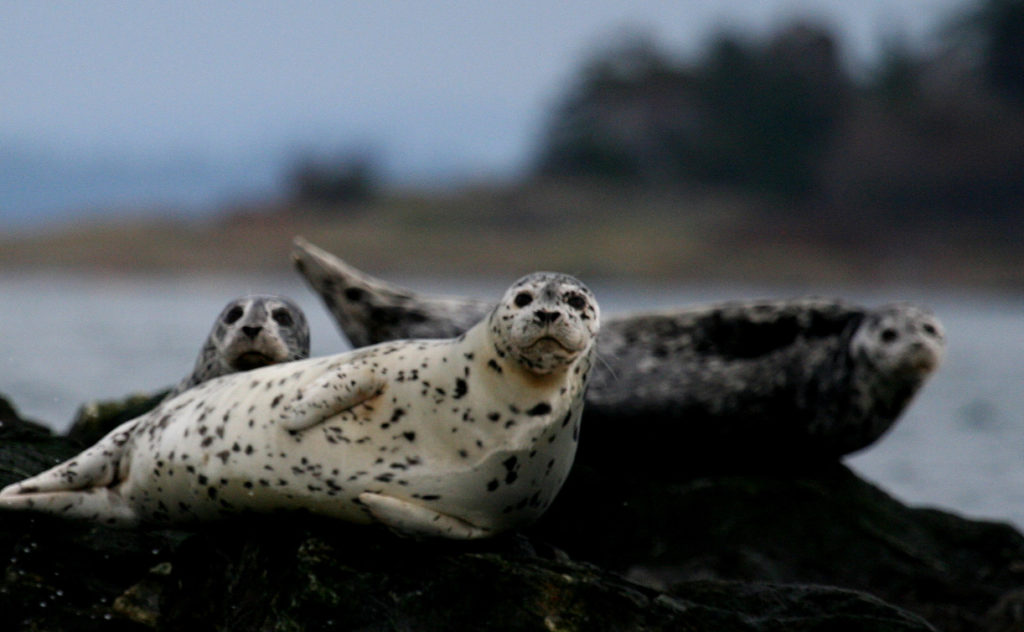 Harbour seals can be spotted on rocks near Victoria. Photo: Tourism Victoria.

Where does the animal live? Harbour seals, for example, prefer offshore rocky outcroppings and reefs. Moose, on the other hand, don’t live in coastal areas, but gravitate toward valley bottoms to find shelter from the wind. Find out what zones they’re active in. Professional guides know where animals have been recently spotted. You can join a group tour, hire a private guide, or go out solo.

Remember: they’re wild—that’s why it’s so thrilling to see them. Always exercise caution. Don’t feed animals or get too close. Moose can be aggressive, and all animals can be unpredictable. Make sure you are informed, prepared, and aware at all times. Stay alert, and move slowly and quietly. Wildsafe BC and Leave No Trace are great resources for making any wildlife experiences you may have in BC positive and conflict free.

When you’re driving, watch out for animals, such as moose, on the road. 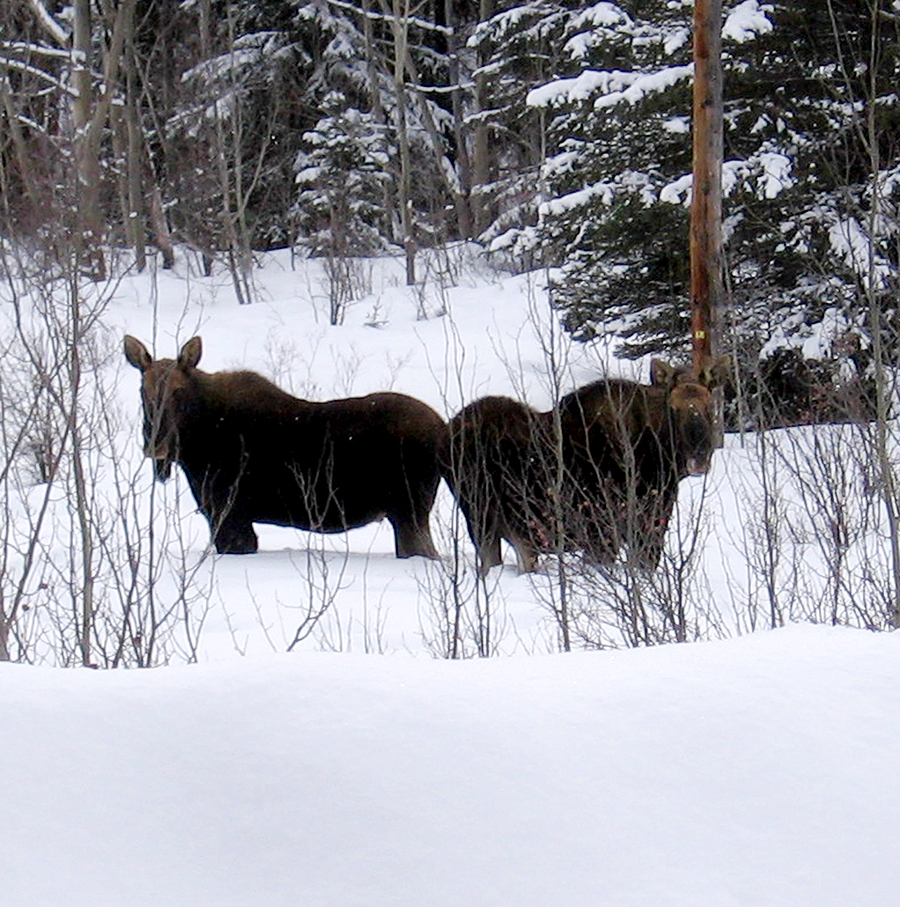 Dress for success: wear earth-tone layers that blend in, a waterproof shell, gloves, and sturdy footwear. Bring insect repellant, sunscreen, snacks, and plenty of water. Bring along a field guide and binoculars, a friend, and safety whistle. Put your camera or smartphone in a zip-top bag for protection, in a zipped pocket where you can quickly grab it. Ideally, you want a camera with a telephoto lens to zoom way in. Be prepared to wait.

Maximize Your Chances of a Sighting

True, BC is home to one of the biggest population of black bears in the world. But in winter they’re hibernating.

Increase your odds of spotting wildlife by looking for animals that are active, rather than hibernating, in the cold season. Those that are out and about are focused on finding food, and even shy species venture out to forage.

Here’s where you can find some favourites. 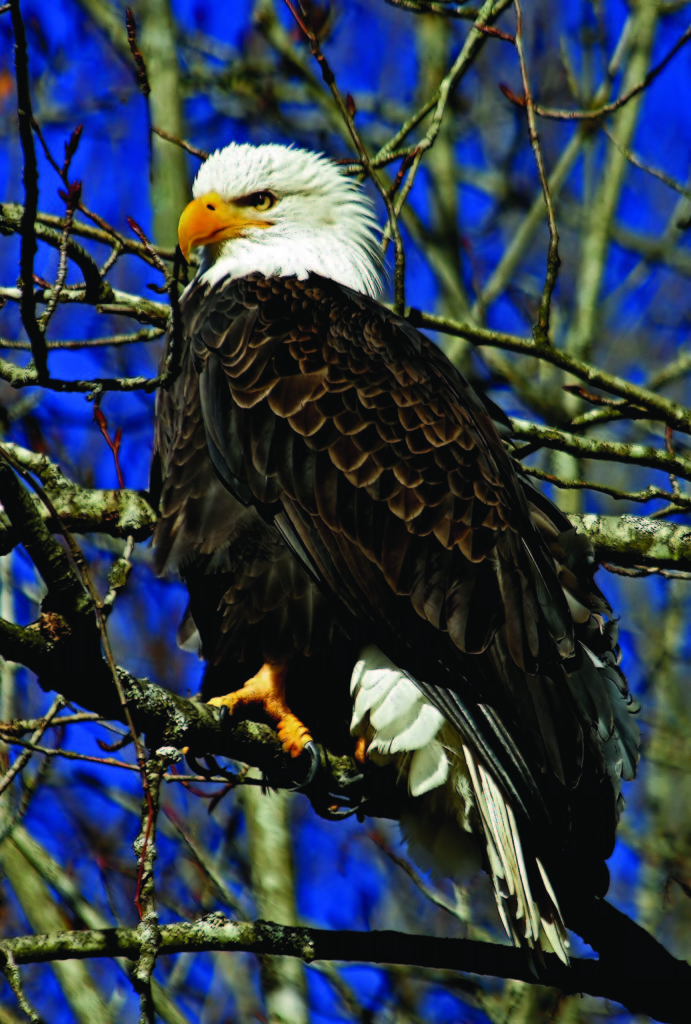 Bald eagles – From November to March along the dyke bordering the Squamish River in Squamish’s Brackendale Eagles Provincial Park, one of North America’s largest congregations of wintering bald eagles. Another option: the Fraser Valley.

Hawks, owls, and eagles – In Delta, which is a suburb of Vancouver.

Dall sheep and golden eagles – In northwest BC near the Alaska/Yukon border at Haines Junction.

Bighorn sheep – In the south Cariboo Chilcotin (even from the road), Similkameen, and Okanagan regions at low elevations in grassy meadows, rocky cliffs, and near canyon walls. Try above the Chilcotin and Fraser Rivers.

Porpoises and Pacific white-sided dolphins – These playful creatures frolic all around BC’s coastal waters and like to surf boat wakes.