If you’re craving a Mother Nature reconnect, you’ll find it in the mountains of British Columbia—a quick flight or scenic drive from the American West. A full three-quarters of BC is mountainous, sparsely populated and punctuated by 10 ranges, plus a whopping 7,753 peaks (the highest is Mount Fairweather in the province’s far north). Prime time? Sunny and mild July, August and September, when you’re apt to cross paths with bald eagles, bears and moose, too. Choose your activity, gear up and head out. 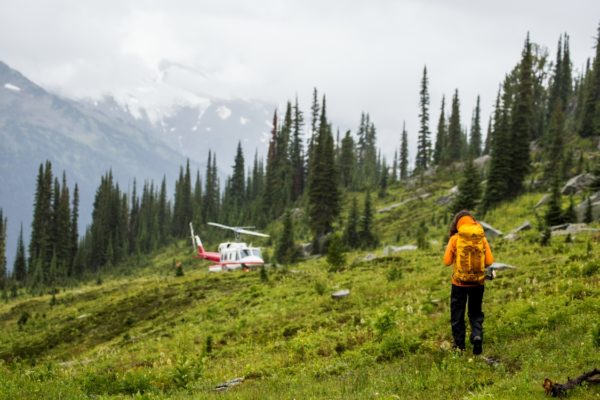 Jumpstart your vitality in the Columbia Mountains, an area which literally has it all. In southeastern BC bordering Montana, the Columbias include the Cariboo, Selkirk, Monashee, and Purcell ranges. This pristine Alpen-like landscape is like “The Sound of Music” on steroids, with jagged snow-capped peaks and spires, wildflower dotted meadows and cerulean lakes. Strengthen your mind-body connection, slim down and detox in the Selkirks at Mountain Trek, a top-rated Condé Nast Traveler wellness retreat outside bohemian mountain town Nelson. In addition to organic farm-to-table fare, spa, sauna, yoga and Nordic trekking top the holistic health agenda. Or relax, explore and heli-hike with Canadian Mountain Holidays from three luxe backcountry lodge bases in the Cariboo and Bugaboos—massage, glacier-view hot tubs, and sauna included.

Grandeur is on offer in Kootenay National Park, and no more so than on the backcountry Rockwall Trail. Allow three to five days to traverse the 55 km (34 mi) through lupin-carpeted valleys and past brilliant-blue Floe Lake, towering and craggy mountain passes, waterfalls and streams, and the trail namesake’s hulking orange limestone cliffs known as the Paint Pots. Best from July to October, the trek is tough, but well worth it. Come prepared, reserve in advance and don’t be surprised if you see a grizzly or three. (Find more top hikes in the Kootenays, a leading Canadian hiking (and whitewater rafting and mountain biking) destination.)

Technical “shore riding” (aka “free riding”) got its start on Vancouver’s North Shore. But there’s high-octane single track all over the area’s rugged Coast Mountains, overlooking 27,000 km (16,777 mi) of Pacific coastline all the way north to Alaska. Obviously, ride the North Shore’s old growth, lichen-draped cedar forests at Mt. Fromme and Mt. Seymour. But you’ll want to hit alpine resort Whistler, too, for the Top of the World trail. Expect dramatic view lines and 5,000 vertical feet of flow, berms and switchbacks passing three climate zones, tundra, glaciers, lakes and granite cliffs as you descend the back side of Whistler Mountain. 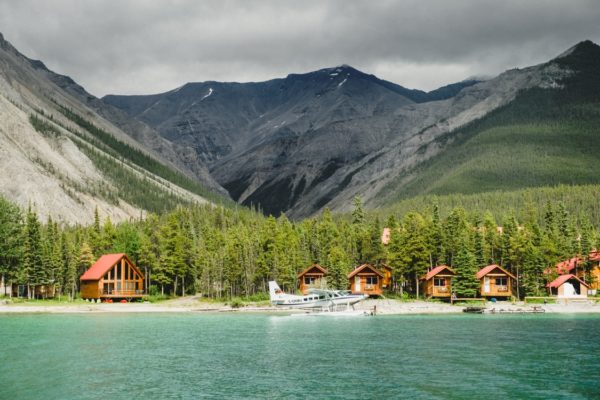 For lake anglers, northern BC’s green Muncho Lake is a must. This is where you’ll reel in trophy bull and rainbow trout, northern pike and walleye, plus Arctic grayling, from late June to September. Bush-plane in to a secluded lake or bunk down at tranquil log cabin-style Northern Rockies Lodge near Fort Nelson, surrounded by unusual limestone mountains and just off the Alaska Highway—also a nature highway for deer, bison, and moose. Globally famed for its canoeing and diverse wet-dry topography, the Cariboo’s Bowron Lakes circuit near Quesnel is another idyllic place to catch (and release) bull trout and see wildlife. 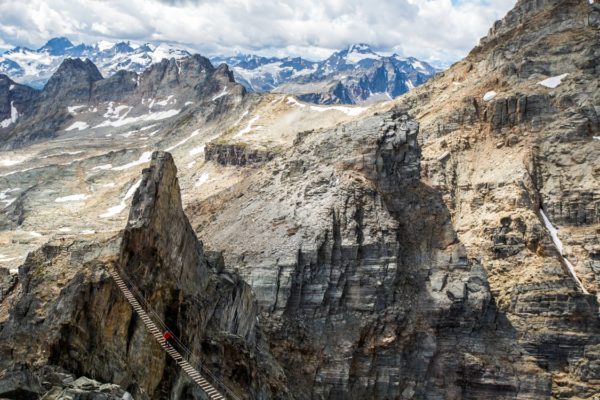 Not for the vertigo-challenged, via ferrata is a rock climbing-rappelling-hiking hybrid involving steel cable, rung and ladder routes attached to sheer cliff faces. Beginner or advanced climbers alike can tackle the via ferrata at Kicking Horse Mountain Resort. In Golden on a ridge straddling the Rockies and Purcells, this is billed as North America’s most technical—and scenic. The granddaddy, however, is nearby Mt. Nimbus with its 1,969-ft-high (600-m) suspended bridge, the longest route in North America, accessible only by helicopter.

Want to add some nightlife and culture to your outdoor adventures? Read about BC’s best mountain towns.