It’s one thing to spot a whale from a Zodiac with a group of camera-clad travellers. It’s another to paddle at sea level with a surfacing orca—just you, your guide, a friend or two, and the sound of the creature blowing air. Both are exciting, but if you want a more intimate thrill, you might be looking for a more active adventure. Here are a few great options, with tips on where and when to go in BC.

Snorkel with Salmon in Campbell River

First, picture a million salmon fighting their way from the sea upriver to spawn at their birthplace. Now picture you snorkelling alongside. Insane! Pull on a wetsuit and mask, slip into the 15-degree-Celsius (60-degree-Farenheit) crystal-clear water, and prepare to ride the current of the shallow rapids with thousands of salmon ranging from 5 to 90 lbs (2 to 41 kg). The action takes place July to October on the Quinsam River, a tributary of Campbell River. The city of Campbell River, aptly named “Salmon Capital of the world,” is located on Vancouver Island’s east coast.

Walk with Grizzlies in the Cariboo 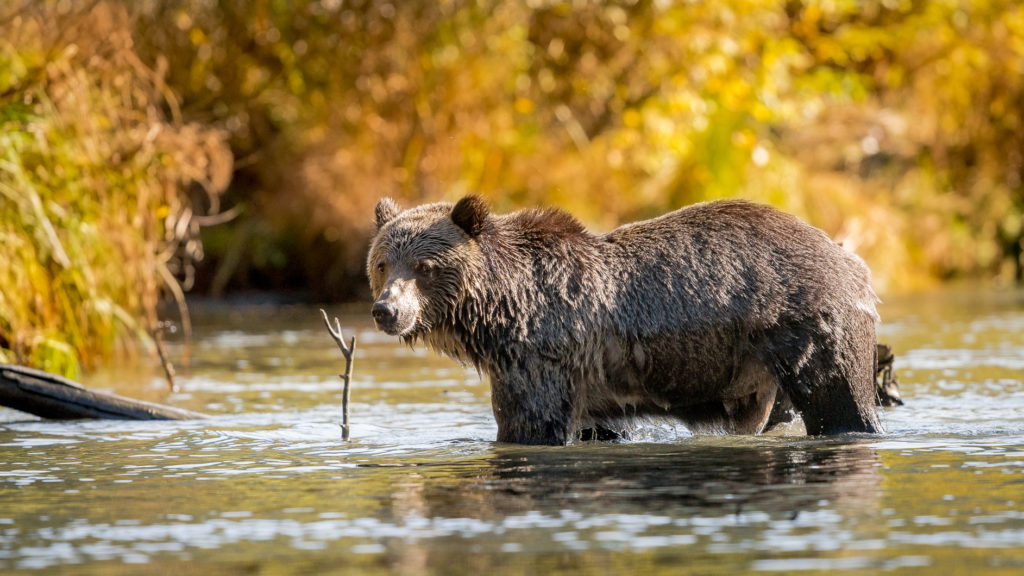 A grizzly in the Cariboo Mountains in fall. Photo: K. Breckenridge/Ecotours-BC

Grizzly specialist Ecotours-BC promises “total immersion and connection with nature,” calling its offering “the only place on earth you can walk with the grizzlies.” For a few weeks in September each year, just two intrepid souls join guide and longtime grizzly aficionado Gary Zorn for a Walk with the Grizzlies as he treads lightly in chest-waders up a remote salmon spawning river at the base of the Cariboo Mountains. These solitary beasts are among Earth’s largest predators, and Zorn sheds light on what makes them tick—body language, hierarchy, and habits. Commanding, respectful, witty, and above all, calm, Zorn shows guests how to meet grizzlies on the bears’ terms and on their turf. Take a bucket-list picture—or just take in the moment. Ecotours-BC also offers a “Glamping with Grizzlies” package and a winter adventure snowshoeing package to spot wolves, lynx, and moose.

Kayak with Whales off Vancouver Island 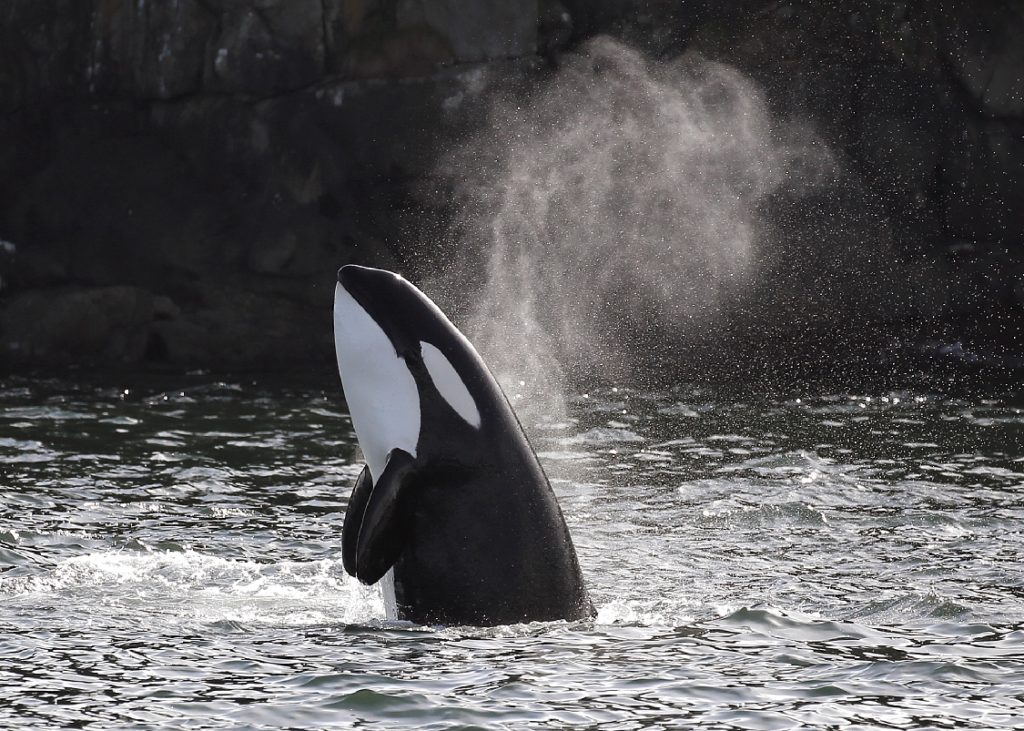 Sleep with Sea Creatures in Vancouver 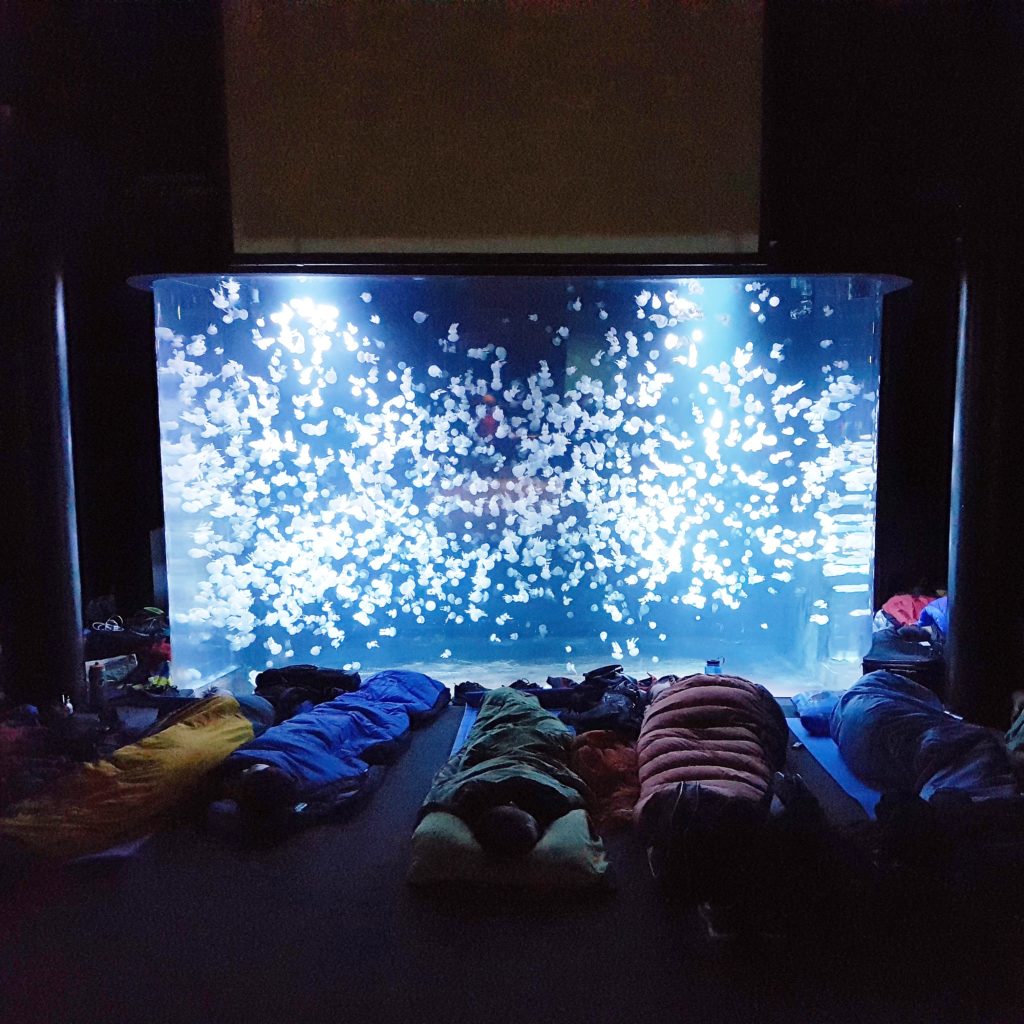 If you want to commune with the creatures of the deep, but keep it urban, consider a sleepover at the Vancouver Aquarium. Spend the night in the hushed quiet after the place has shut down for the day, next to one of the marine displays, drifting off to sleep while jellyfish, sharks, and sea lions glide and frolic above. Beforehand, guests get to explore the entire aquarium and illuminated galleries where some sea life, such as the elusive octopus, is more active at night. Guests can handle sea stars, anemones, and urchins at the touch tanks, get a behind-the-scenes view into the shark penthouse, and catch an educational lecture, plus visit the marine lab for a peek behind the action. Offered nine times a year, the nights are themed; for example, “tropical paradises.” Invite a group of friends, make it an adults-only evening, take the family, or bring your Valentine to “Hugs and Fishes” for an extra-special night around Valentine’s Day.

When you are hiking, biking, and camping in BC, you are in bear habitat. Make sure you are informed, prepared, and aware at all times. Wildsafe BC is a great resource for making any bear experiences you may have in BC positive and conflict-free. Be sure to keep your distance from wildlife—30 m (98 ft) minimum, and even further, at least 100 m (328 ft), from predators such as bears.

Learn more about where to go wildlife viewing in BC.