From the Trans-Canada highway, Golden, BC looks like your typical highway town: gas stations, hotels, fast food joints. But one small turn off of Hwy 1 into its historic downtown, and you start to get the feeling that there just might be something special about this place. A little more exploration and you’ll discover that it’s an outdoor adventurer’s paradise, a relative hot bed of fantastic food and the perfect jumping off point to explore six of Canada’s stunning national parks.

I visited Golden recently for a late summer adventure, and I can officially say I’m a convert – I can now understand why the locals kept saying “everyone comes back to Golden.” Here are my top four reasons why you might want to take that turn off Highway 1 and stay a while:

Golden is located in the Columbia River Valley, surrounded by three different mountain ranges. It’s also located at the point where the Columbia River and Kicking Horse River meet. This basically means that if you can do it outside on a mountain, valley or river, you can do it in Golden. In the summer, that means hiking, river rafting, mountain biking, paragliding… you get the idea. I can count the number of hours we spent inside the two days we were there with my fingers – and I am definitely okay with that. 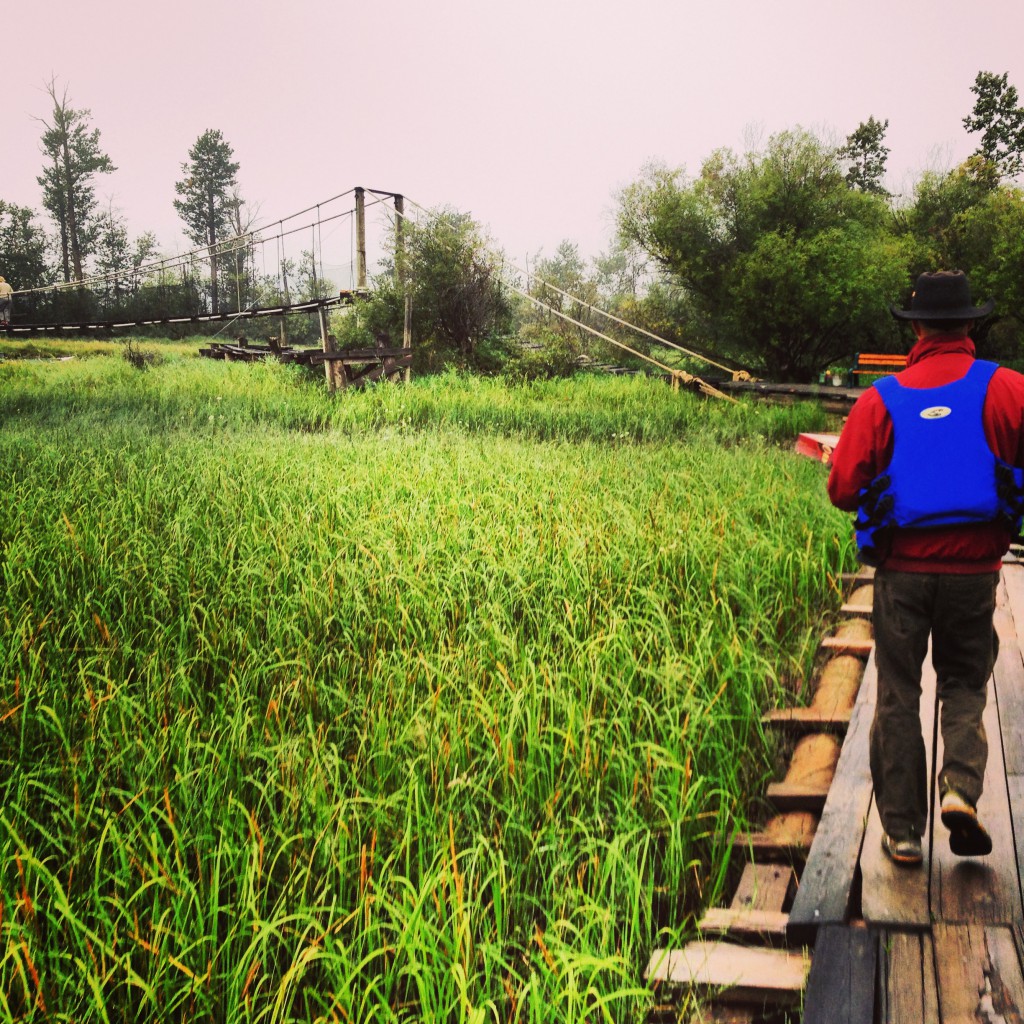 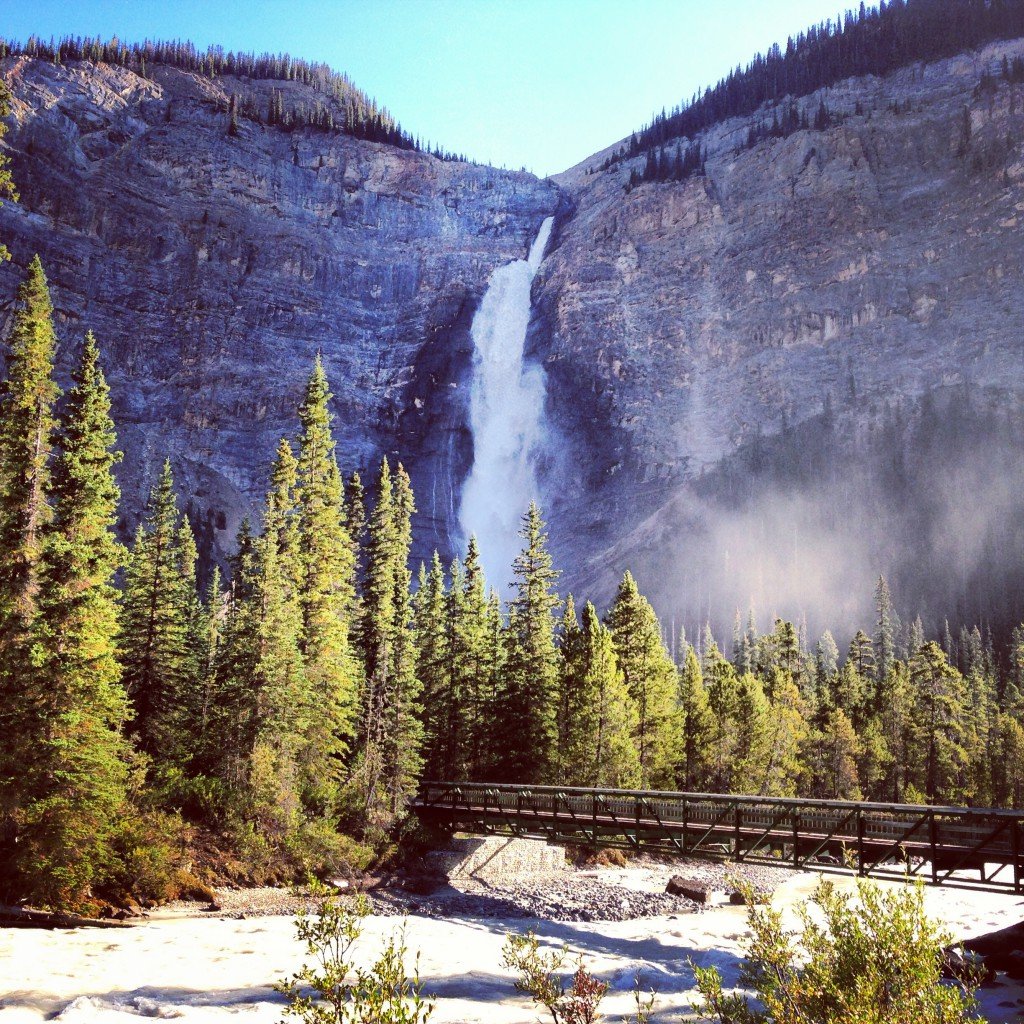 Takakkaw Falls in Yoho National Park – just one of the breathtaking sites to see within the park limits. 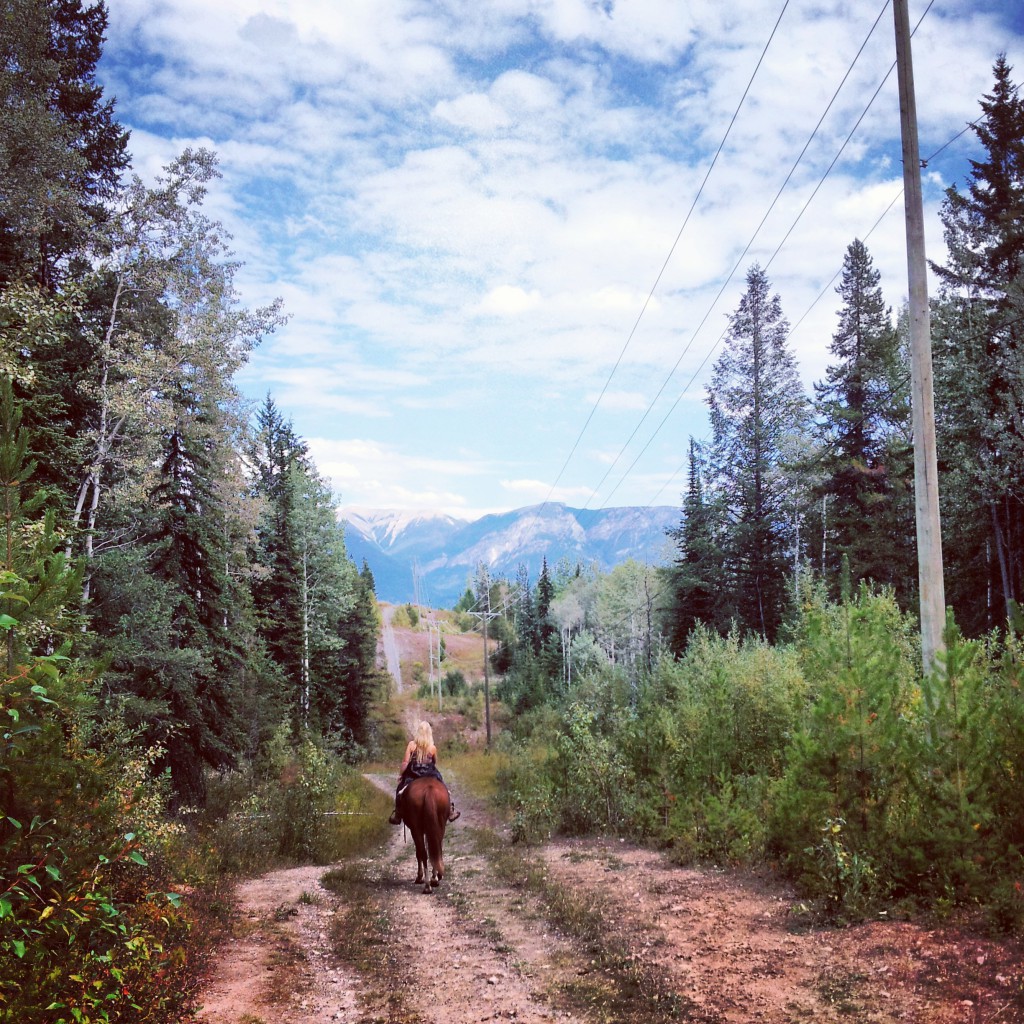 Most people (myself included) wouldn’t expect much of a foodie experience from a town with a population of just over 4,000 people. But, we would all be wrong. I was blown away by my dining experiences in Golden – from the award-winning Cedar House Restaurant & Chalets to the quirky Big Bend Café, my expectations were exceeded by nearly every meal. We visited Islands Restaurant, Eagle’s Eye Restaurant (on the top of Kicking Horse Mountain Resort), Whitetooth Bistro, Bacchus Books & Cafe, Cedar House and Big Bend Cafe, each of which won me over in a different way. 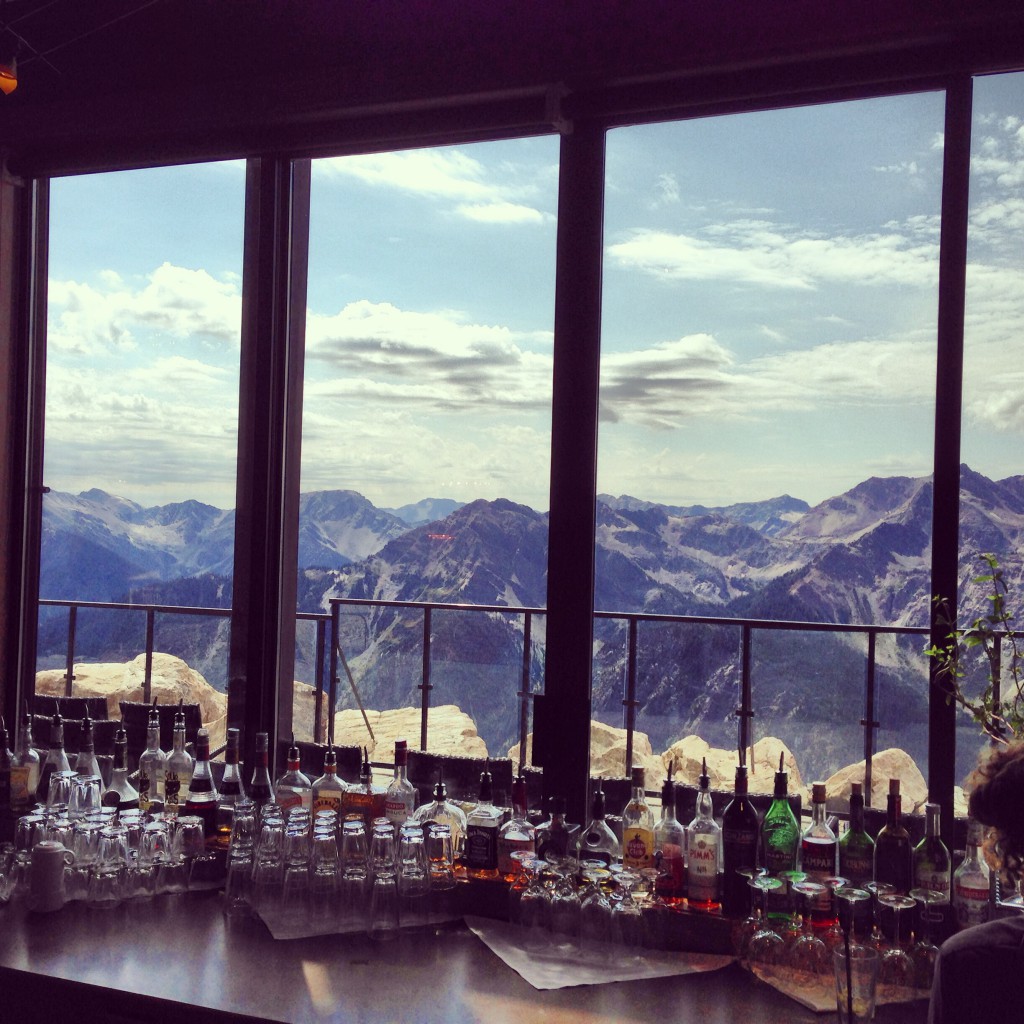 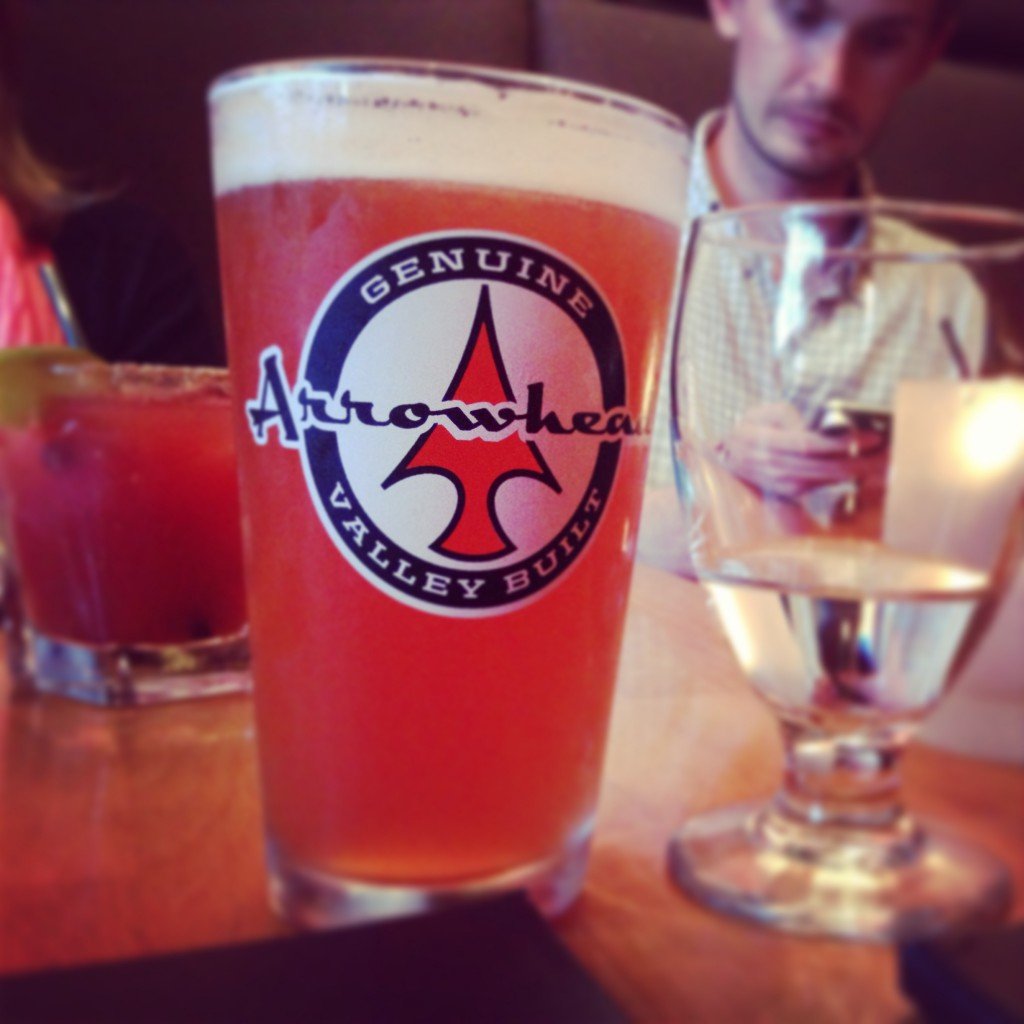 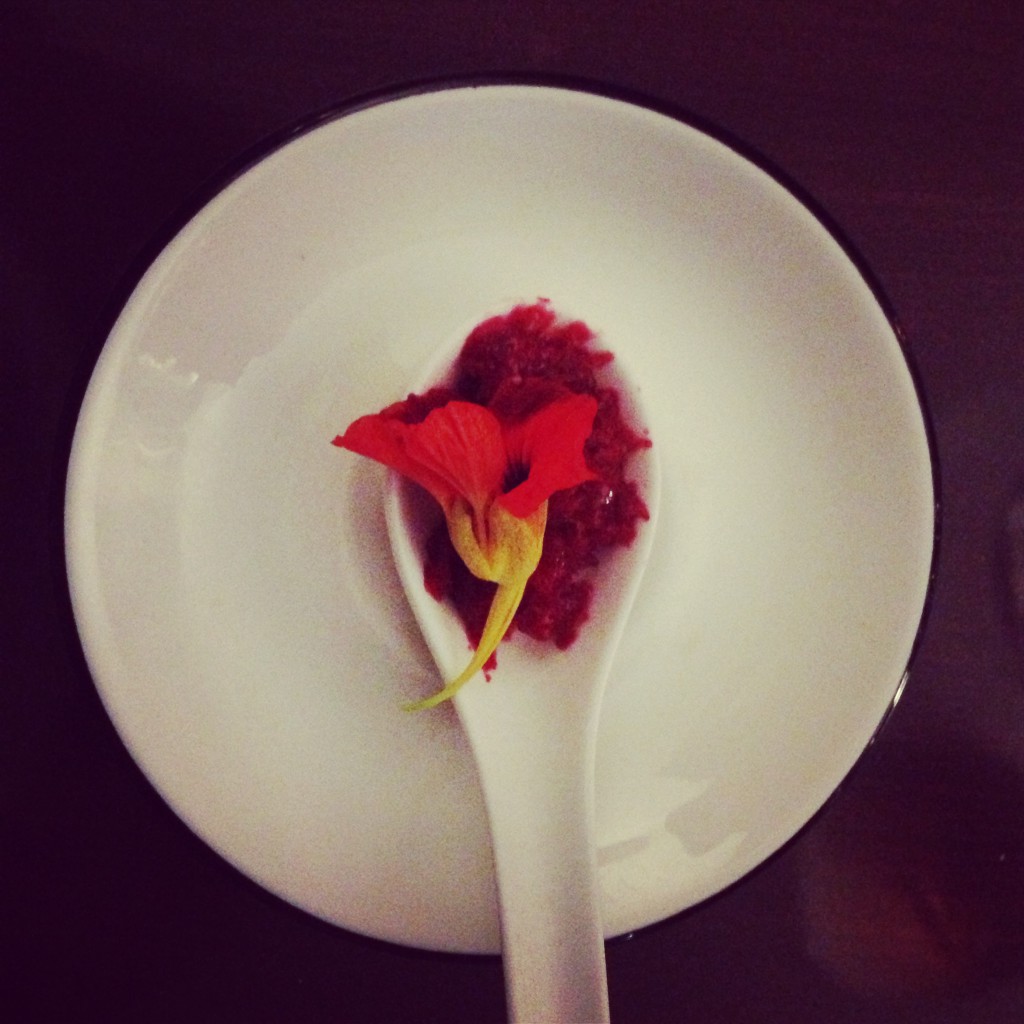 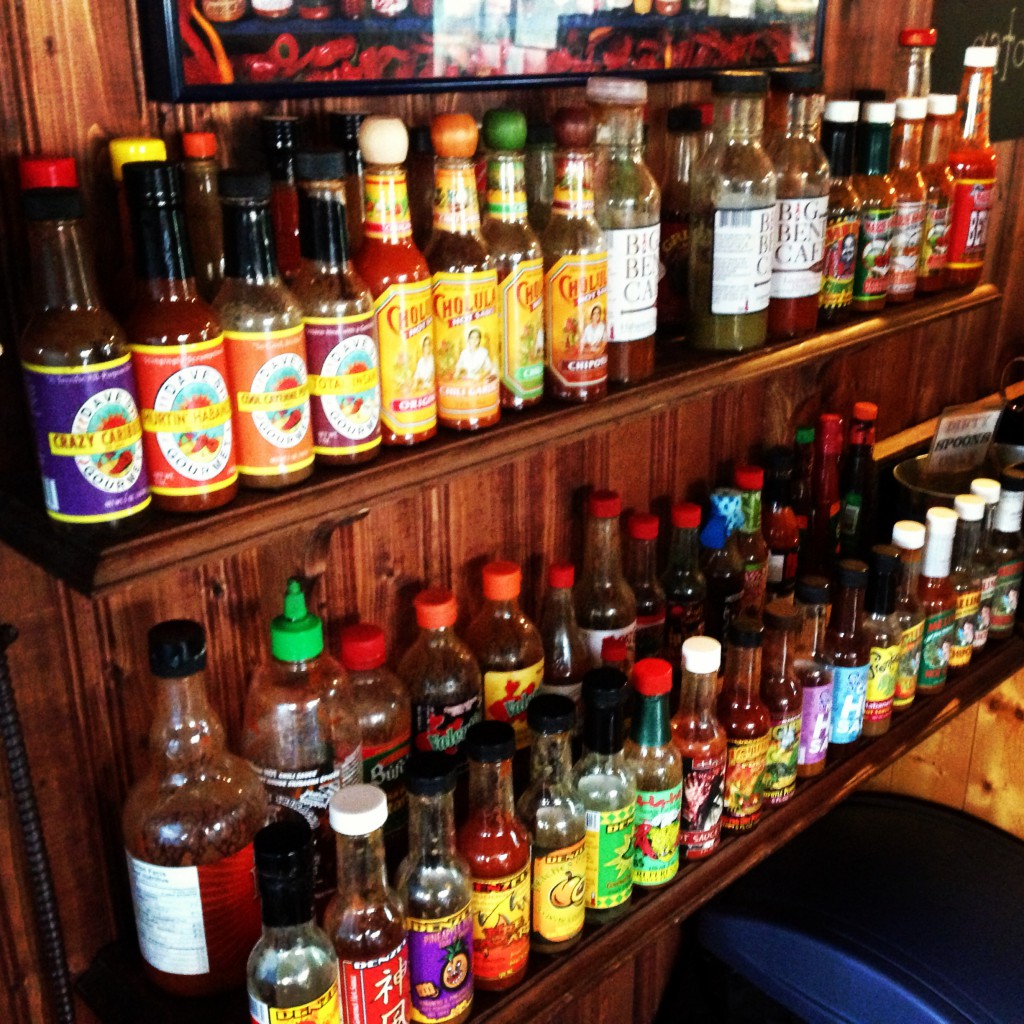 Like many other Canadian towns, Golden was born of the Canadian Pacific Railway (CPR) as it made its way west across the vast expanse of the nation. In an effort to not be outdone by neighbouring Silver City, the name Golden City was chosen (with the “city” later dropped). What’s really unique about Golden, though, is its surprising relationship with the Swiss culture: the CPR realized that people travelling through would want to explore the stunning (yet challenging) peaks surrounding the town, but that they would need guidance. So, they looked to a place whose people had a long history of conquering intimidating mountain peaks: Switzerland. In 1899, a small team of Swiss mountain guides arrived in Golden and helped to launch the area’s mountain tourism industry. They were soon followed by their families and kinsmen, creating an entire Swiss community within Golden. Many of the descendants of the original Swiss Guides still live there, which keeps the unique connection between the two cultures alive and well. 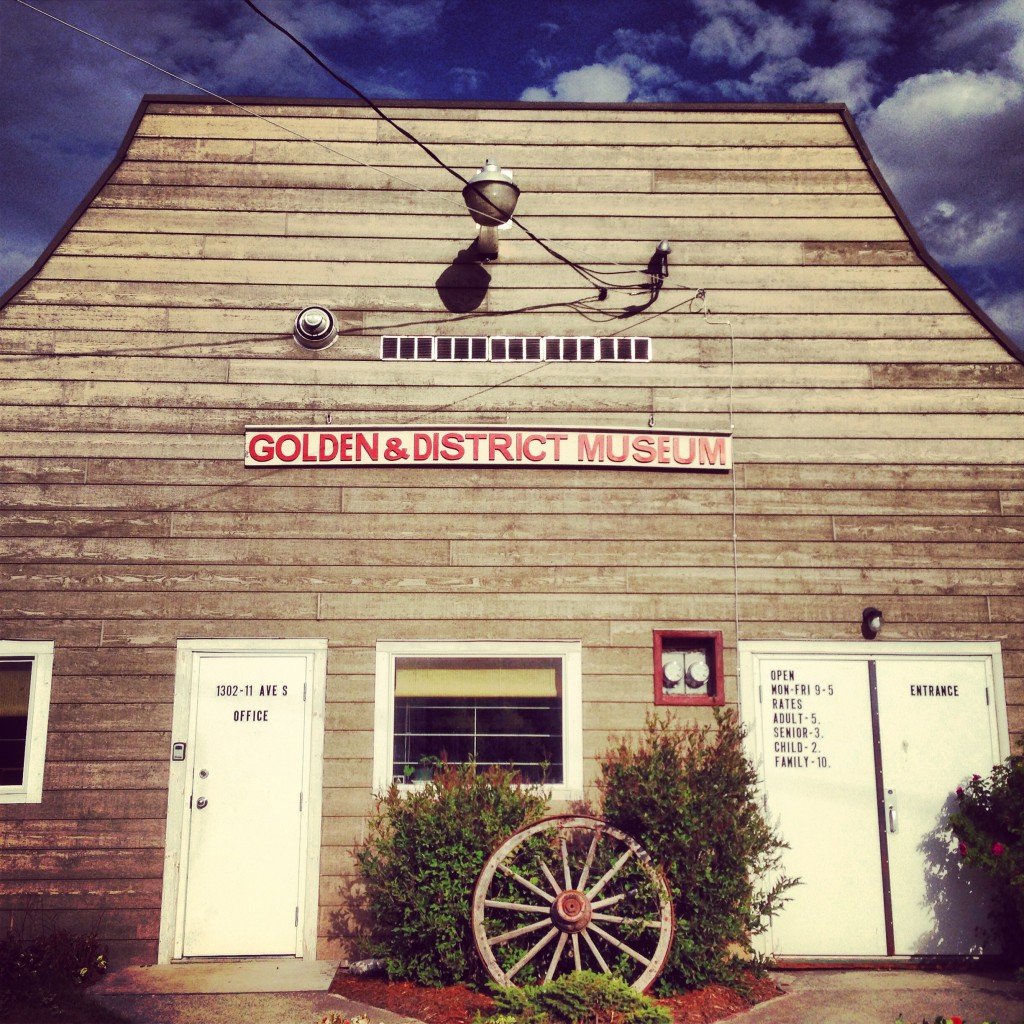 The Golden Museum, where you can learn about the area’s unique history & the Swiss Mountain Guides

Golden is also home to North America’s longest free-standing pedestrian bridge, which crosses the Kicking Horse River and was designed by (no surprise) a Swiss engineer. The story of the bridge’s construction is quite interesting, as the community banded together and volunteered their time and money to build it, using local timber. 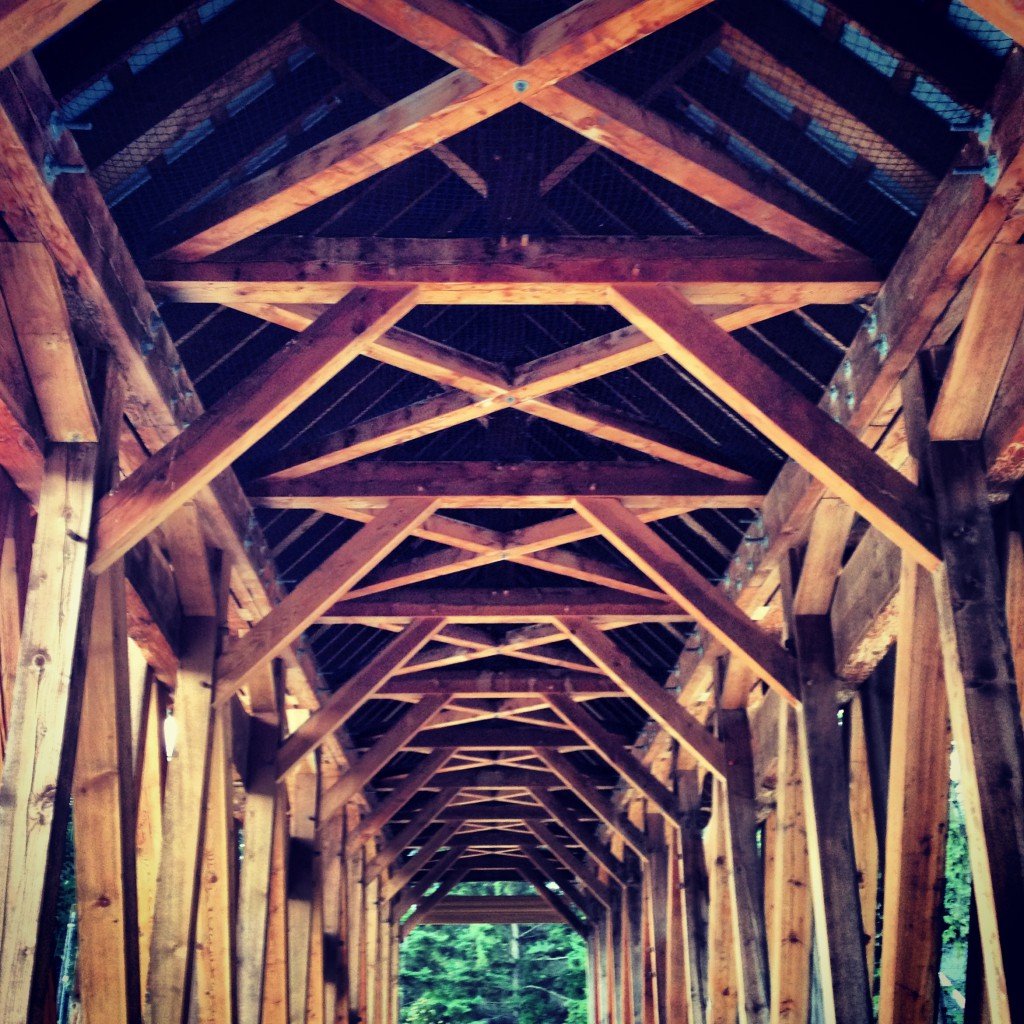 Just 14km up a windy mountain road from Golden is Kicking Horse Mountain Resort. If you’re into mountain biking, you’ll be into Kicking Horse – it’s home to almost 30 epic lift-access trails and 0 crowds. Interestingly enough, it’s also home to a massive grizzly bear named Boo. Boo lives in a 3 acre enclosure on the mountain – he was rescued as a cub after his mother was shot by a poacher and has lived at Kicking Horse ever since. If you’re lucky, you can spot Boo from the gondola on your way up, or you can sign up for an interpretive tour with a certified Boo Expert. Another highlight of KHMR is the Eagle’s Eye Restaurant – at 2,410m (7,907 ft.) above sea level, it’s Canada’s most elevated restaurant. It was actually hard to concentrate on eating because of the almost 360 degree view of the mountains, including the 5 national parks that are visible from the peak. Accommodations at Kicking Horse include the Glacier Mountaineer Lodge and private residences that you can rent out by the night or week. 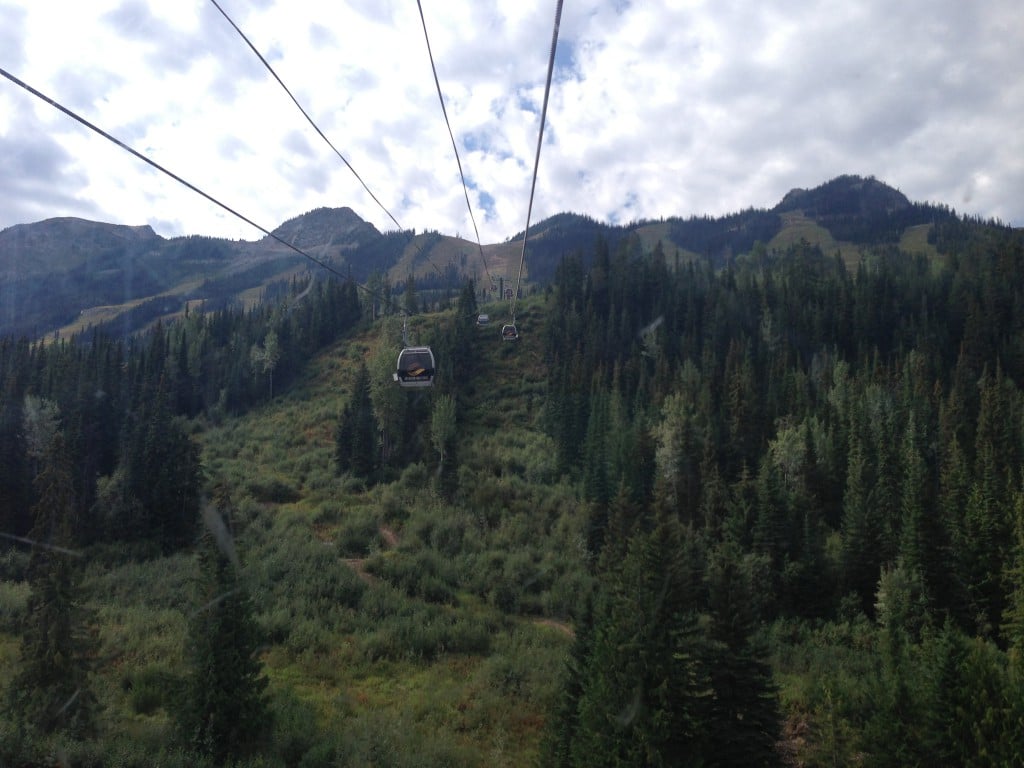 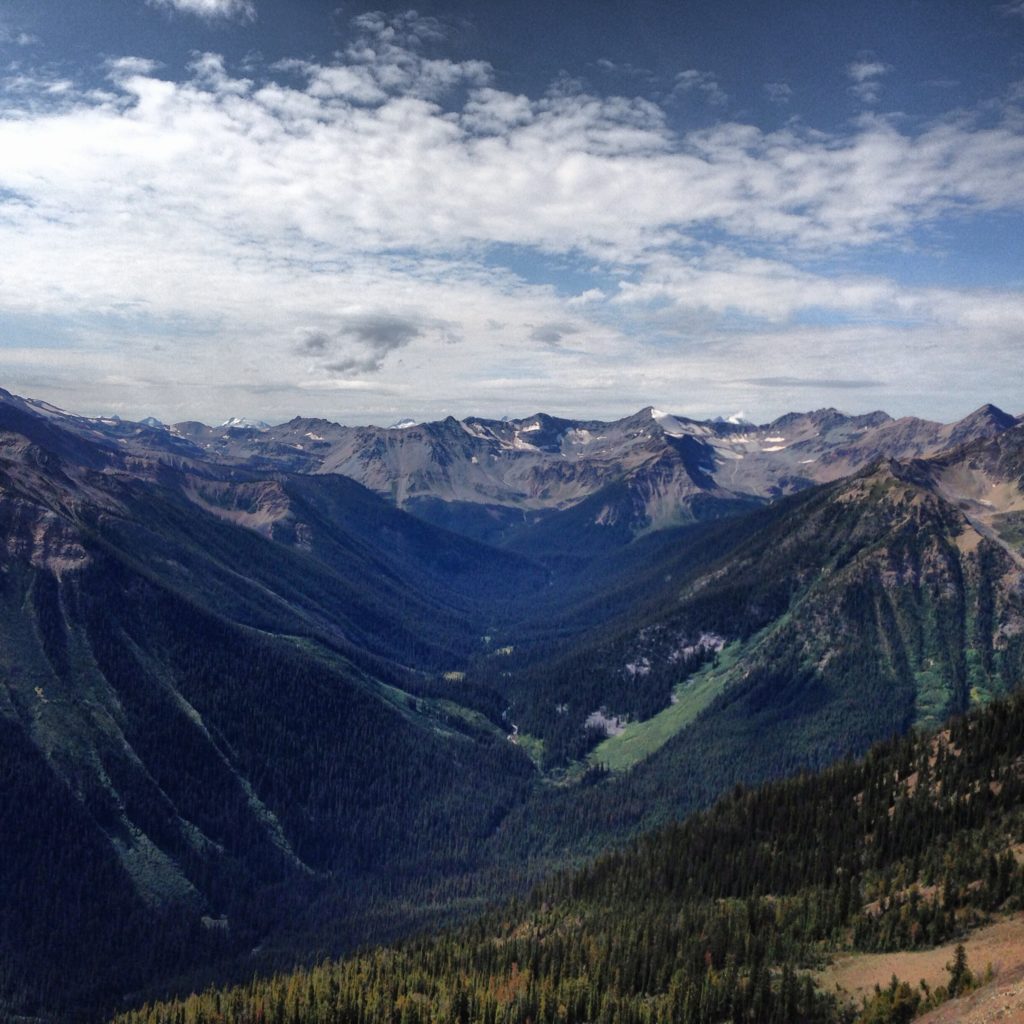 View from the peak of Kicking Horse Mountain Resort

Another thing I heard from nearly every local is that I MUST come back in the winter – once the snow falls, Golden transforms into winter sport heaven, with access to some of the best heli-skiing in the province, plus skiing at the resort and miles and miles of snowmobiling and cross-country skiing trails. A day out on the snow followed by a meal at one of Golden’s fantastic restaurants? Consider that officially added to my winter vacay wishlist.