Three BC craft breweries are celebrating the big 3-0 in 2014: Spinnakers Gastro Brewpub and Vancouver Island Brewery in Victoria, along with Granville Island Brewing in Vancouver. While BC’s first microbrewery, Horseshoe Bay Brewery, actually opened in 1982, it didn’t last long, but the three breweries that followed its lead and opened in 1984  are still going strong today. 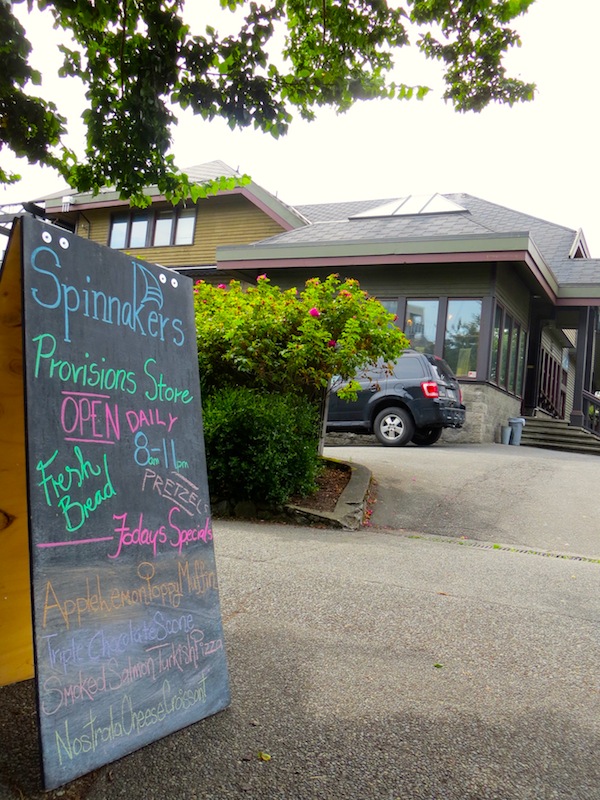 Entrance to Spinnakers in Victoria

Spinnakers was the first brewpub to open in Canada and one of the first in all of North America. Up until just a couple of months before it opened on May 15, 1984, it was not legal to brew beer and serve it in the same building, but Spinnakers’ founders managed to get the federal regulations changed in time. 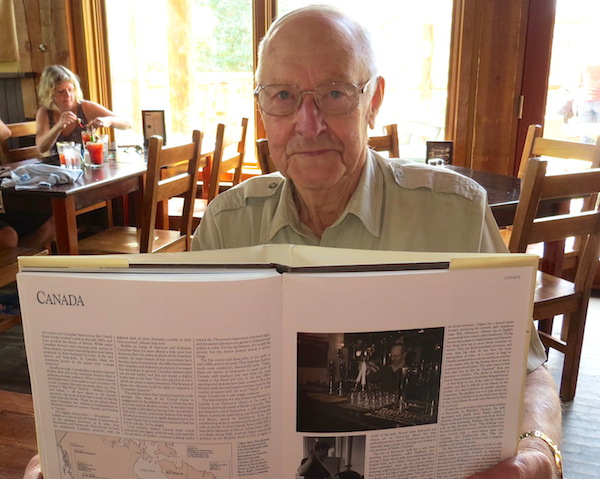 John Mitchell, who had opened Horseshoe Bay Brewery along with Frank Appleton two years earlier, was Spinnakers’ original brewer. While he had cobbled together used dairy equipment for the brewery in Horseshoe Bay, at Spinnakers he sourced a proper brewing system from England, and brewed the first 40 batches before training his replacement. 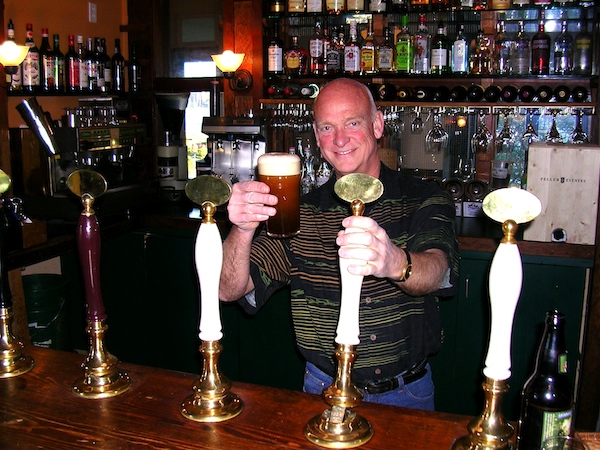 Paul Hadfield serves up a pint at Spinnakers Gastro Brewpub.

One of Mitchell’s partners at Spinnakers was architect Paul Hadfield, who designed the building. Within a few years of opening, the original partnership had dissolved and Hadfield found himself in charge of the operation as Publican, a role he has embraced ever since. Mitchell, now in his 80s and widely revered as the “Grandfather of craft beer in BC,” went on to consult with other breweries, most notably Howe Sound Brewing in Squamish, where he is still a regular. Meanwhile, Paul Hadfield’s daughter Kala Hadfield is now part of the brewing team at Spinnakers. 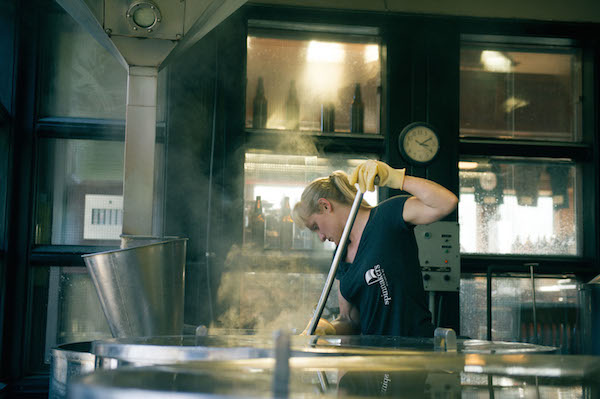 Spinnakers is celebrating 30 years of beer on Thursday, May 15 from 3-11pm with a Parking Lot Pig Roast & BBQ, featuring beer sampling from the past three decades, Beer Olympics, live music, Beer & History Tours, and more.

Granville Island Brewing, Vancouver’s first microbrewery, was founded by Bill Harvey and Mitchell Taylor, who had been involved with the original group that guided the revitalization of Granville Island in the 1970s. Taylor ran the operation, which was a big success right from the start. He hired a German brewmaster from Berlin. At first, GIB produced just one beer, Island Lager, which was sold in tall-necked bottles, meant to stand out from the generic “stubbies” used by the big breweries at the time. 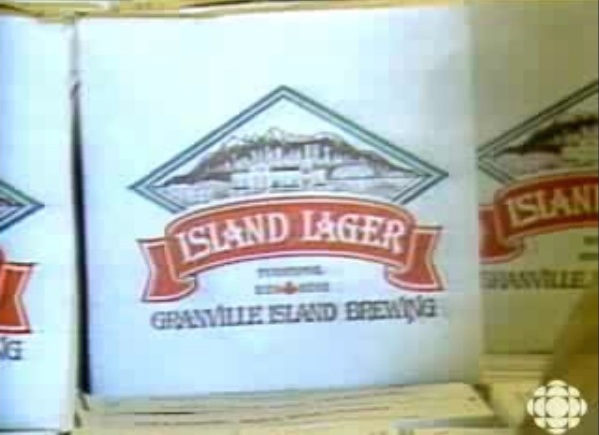 (Check out this clip from CBC’s The National dating back to 1985 that features Granville Island Brewing prominently.)

Although very popular (especially on Sundays when it was the only place to buy beer in Vancouver), Granville Island Brewing had trouble making profits because of distribution problems and the extra time it took to properly age the lager. After several years,  the brewery eventually became part of the Potter Distilling Corp., and in 1992, Taylor left the company to pursue other entrepreneurial interests. 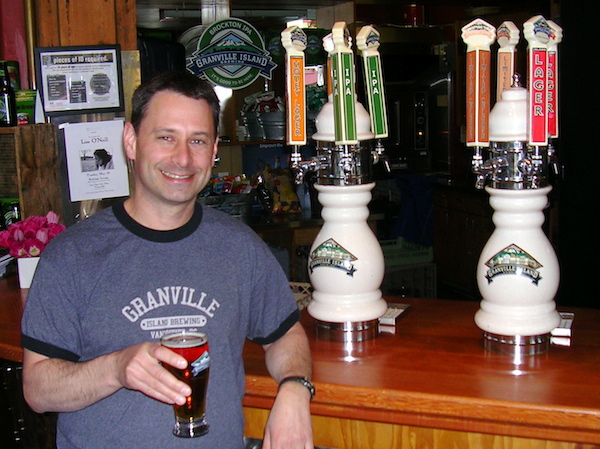 Granville Island Brewing grew into Vancouver’s most successful brewery in the 1990s and 2000s, naming its beers after city neighbourhoods and landmarks. Then, in 2009, it was bought by Molson-Coors through its subsidiary Creemore Springs. Although this purchase sent shockwaves through the craft beer community, GIB seems to have been allowed to operate independently, and its beers, especially those produced in small batches at the original brewhouse on Granville Island, are top-notch.

GIB will celebrate with a 30th Birthday Week from June 23-29, 2014. There will be free tours of the brewery daily from noon till 6pm, leaving every ½ hour (first come, first serve); free sampling of Small Batch brews and Swing Span Amber Ale all day; and full food service in the tap room. 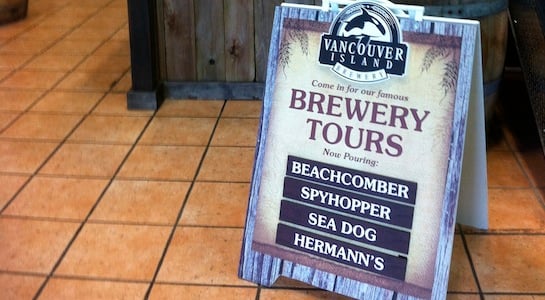 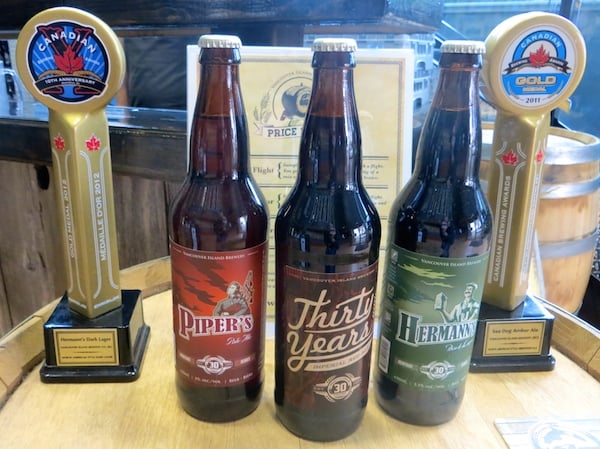 VIB is celebrating its birthday with an Open House on Saturday, May 3, from 1-5 pm. It will be an ‘80s-themed party with free brewery tours, samples of VIB’s new beers paired with artisan cheeses, and a food truck onsite. The brewery has also released a special Imperial Red Ale called Thirty Years, along with  30th Anniversary editions of its flagship beers, Piper’s Pale Ale and Hermann’s Dark Lager, in 650-ml bottles.

When it comes to craft beer in British Columbia, there is plenty to celebrate—after all, there are now more than 60 craft breweries and brewpubs here in addition to these original three. Cheers to 30 years!

Travelling with BC Ferries: Travel Tips for Smooth Sailings

Travel tips for passengers embarking on one or more of BC Ferries' 25 routes.